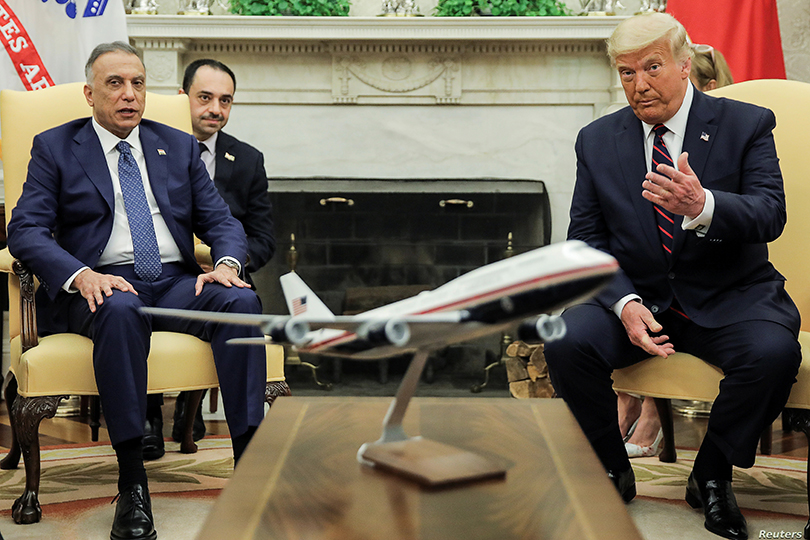 The US government is in high pursuit to win Iraq as an ally and launched a relentless campaign to boycott everyone opposes their policy, namely Iran and their affiliated militias. The big question is: does the US government recognizes the risks behind this challenge? Many Iraqis would consider this action as a political suicide that jeopardizes both the prime minister's position and the security of the nation.

Al-Kadhemi faces such threats nowadays along with other serious challenges like corruption, unemployment, coronavirus, lack of services, and protests.

Despite having the media standing by his side, the prime minister lacks a stable and profound local political support. Not to mention his poor confidence in the protest movement being able to compete in the early suggested elections.

Al-Kadhemi cannot possibly eliminate any influencing groups on the political scene, the stakes are too high to act in this way. Most institutions are deeply connected to those political groups and no campaign can dismantle these connections.

Iraq's fate remains vaguely uncertain depending on the foreign and local policies which always fail to evaluate the country's circumstances. Nevertheless, managing the pressure from the politicians or the public can always ease the tension on the local side.

If Al-Kadhemi wanted to succeed in his pursuit, he must expand his political allies group, especially with moderate parties away from the extreme ones.

Regarding the foreign affairs, countries who want partnerships with Iraq must stick to what suits Iraq and its internal affairs.