Battle for the Soul of the US Supreme Court 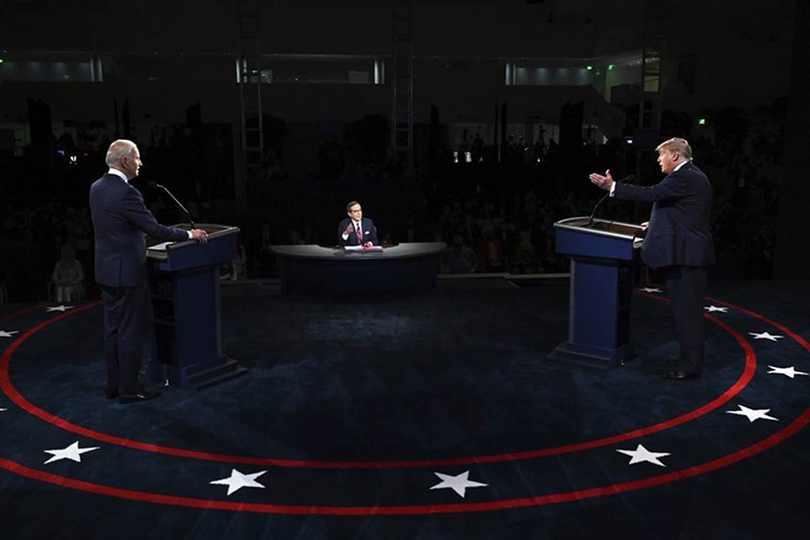 The death of the Associate Justice of the Supreme Court, Ruth Bader Ginsberg, last week is more than another fight over nominating and approving a new Supreme Court (SCOTUS) justice. In many ways, it marks the culmination of a war over the Supreme Court that began over 60 years ago. No wonder that Democrats are upset that President Trump will be able to name Ginsberg’s replacement are promising wholesale electoral rebellion.

Although the SCOTUS is a co-equal branch of the US government, it has been the least important one for most of its history. Its job was to provide a non-prejudicial branch to try court cases. And that has been its major task.

However, over two hundred years, the SCOTUS gave itself the right to decide what laws were unconstitutional (Marbury Vs. Madison, 1803). This decision, which is now considered the most important decision in US Constitutional Law allows the federal courts to rule any action by the government unconstitutional and non-binding.

Although the courts had this power, it was only used sparingly during the next 150 years – until President Eisenhower appointed Earl Warren as Chief of the Supreme Court. Warren and the other 8 justices (appointed by Franklin Roosevelt and Harry Truman) became the most liberal, activist court and redefined America with landmark rulings on desegregation, the rights of defendants, the power of the Federal Government, and even religious expression.

Most Americans were generally unaware of the overall impact of these rulings until 1962, when the Court ruled that prayer in public schools and at government events was unconstitutional (Engle v. Vitale). A year later they declared that reading the Bible or the Prayer was also unconstitutional at public schools.

This had a dramatic impact. These rulings were unpopular with the conservative Americans and suddenly the political leanings of the SCOTUS justices were of concern to the average voter. Starting in 1964 with Republican Presidential candidate Senator Barry Goldwater, every Republican presidential candidate has made it part of his agenda to appoint more conservative justices that would turn back such decisions.

Although President Nixon tried to turn back the Court with the appointment of Warren Burger as Chief Justice of the Supreme Court, the number of liberal justices on the court kept the court making rulings that were more favorable to liberals, including the abortion case of Roe v. Wade.

The tide began to turn during the Reagan presidency with his appointments of four justices. While female Justice O’Conner was moderate, Justice Kennedy became a crucial swing vote in many cases like the Heller Case. Chief Justice Rehnquist became the first conservative chief justice in modern history. And Justice Scalia provided the intellectual foundation of the conservative wing of the Court – writing many landmark rulings like the Heller case that upheld the ownership of firearms by Americans.

In 1991, conservative Clarence Thomas replaced liberal Thurgood Marshall, which brought the conservative and liberal sides of the court into a near balance.

The next few decades saw a closely divided court with Justices O’Conner and Kennedy becoming the “swing” votes.

The most senior Associate Justice on the liberal side was Justice Ginsberg, who was appointed by Clinton. One of her traditional powers was to assign the Associate Justice who would write court rulings if she were the most senior justice voting in the majority. This gave her wide powers to define the scope of the ruling – making it limited in scope or making it a piece of landmark legal precedence.

With seniority, came age and by the time Obama was in the White House, many liberals felt that with her age in the 80s, she should step down to allow Obama to name her successor. Although she had several bouts with cancer, she felt that she could still do the job.

Now a closely divided SCOTUS (four conservative, four liberal, and the Chief Justice as “swing” vote) is on the verge of the conservative dream that began with the ruling against prayer in schools – a majority on the Court. The death of Ginsberg (with the Trump nomination getting approved) means a split of 5 conservatives, 3 liberals, and one swing vote.

No wonder Democrats are so concerned.

There is also another factor. As Republicans have gained more control in the Congress, more conservative laws have been written, which the Democrats could not defeat in Congress. As a result, the Democrats have been forced to rely upon the courts to rule such laws or actions as unconstitutional. Many of these cases are heard in the Ninth district, which is traditionally more liberal and willing to decide in the Democrats’ favor due to the large influence of liberal California and its liberal senators who had to approve the nominations in previous years.

With the historic number of conservative judges being appointed by Trump to the Federal court system – including the 9th District – liberals are less able to counter Republican legislation. This, in turn, has Democrats considering enlarging the number of seats in the federal courts next time a Democratic president is in charge. This would counter the current balance in the judiciary.

So, what is going to happen now? The US Senate has a Republican majority, which gives Trump an edge in pushing through a conservative choice for Associate Justice.

Democratic senators are arguing that the choice of a new justice should be left to the new president (an argument that Republicans used to stop Obama’s last SCOTUS nomination in 2016).

Democrats had hoped that they could persuade some moderate Republican senators to pledge not to vote for a justice before the election to give the newly elected president the choice. In fact, two senators, Murkowski and Collins had made such a pledge.

However, as we noted earlier, a conservative Supreme Court has become such an issue for conservatives and Republicans in the last 60 years that to not take advantage of this opportunity would be considered political suicide. Many Senators like Senator McCain, who criticized Trump over many things supported his court nominations. That is why Murkowski reversed her position a few days after saying she would not vote for a justice. And it is probably why Romney, a frequent Trump critic, said he will support a conservative justice.

At this point in time, it looks like the Republican Senate leadership has the votes. And a vote is being planned for before the election.

Getting a conservative justice on the court before Election Day is considered essential. Many think this election will be more confused by numerous legal challenges than the election in 2000, when about 300 votes in Florida decided the election in Bush’s favor after a ruling by the Supreme Court. Republicans want to make sure the court is fully manned for any court case concerning the election. They also realize that any 4 – 4 split ruling would only create more controversy.

This whole incident may also have an impact on voting for the Senate. The Republicans only have a 3-seat edge and many Democrats felt that they could take the Senate and stop Trump’s nomination of so many conservative judges. The Ginsberg death highlights Trump’s success in changing the judiciary – something that all Republicans support, even if they do not approve of Trump. This could very well give the edge to Republicans in some close races like Arizona, where McSally has virtually tied with Democrat Kelly in the days since the Ginsberg death.

True, the Ginsberg death could bring out more Democrats, especially those who do not want a pull back on Roe v. Wade which legalized abortion. This could favor Democrat candidates in more liberal states.

However, elections aside, the question remains, “After pursuing a conservative Supreme Court for 60 years, will conservatives get what they want?” Judges are loath to overturn precedence and many cases from the Warren Court Era are now popular and will not be reversed. Judges may “nibble” at the edges of case law, to give people more rights in exercising their religious beliefs in public. But that may take decades since it takes years for cases to reach the Supreme Court (if they ever do).

There is also the international impact of the SCOTUS – something rarely considered. For instance, there have been several immigration related cases that have gone to the Supreme Court that can impact people who have never been in the US.

One such case involved banning immigration from majority Muslim nations. SCOTUS found in June 2018 that the president had the power to make such decisions based on his constitutional power to regulate immigration.

The court also handles cases involving commercial law that impacts international companies either based or doing business in the US.

It is also important to remember that what the Court believes can be reversed. Conservative Justice Clarence Thomas is now the most senior justice on the Supreme Court. He is 72, and if Trump wins reelection, he will be 76. If the Democrats win the White House after Trump and they stay in power for 8 years, he will be 84, just three years short of Ginsberg’s age when she died. It is conceivable that an untimely death could give Democrats the same advantage that the Republicans have now. It also means that if Trump wins reelection, some conservatives may encourage Thomas to resign while Trump can name his replacement (providing the GOP still controls the Senate).