How People Power Strengthens the Rule of Law 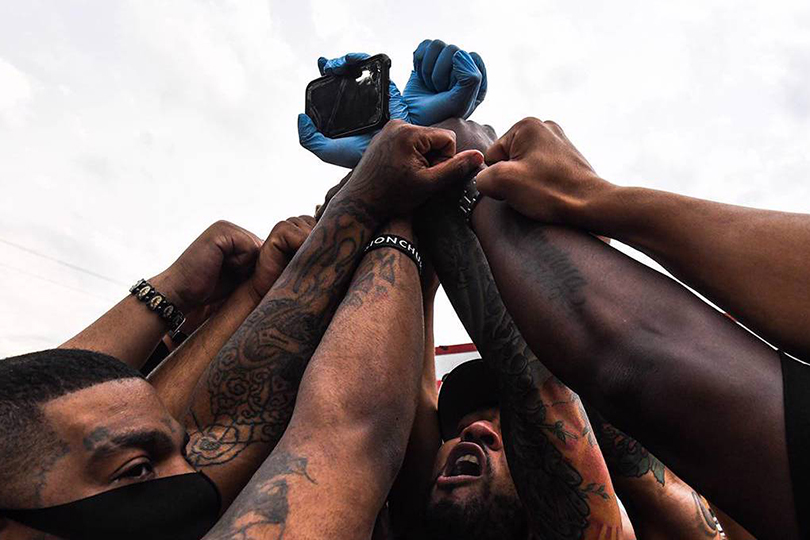 Dynamic grassroots movements are especially needed in authoritarian states where institutions are fundamentally broken. But even in established democracies, the recent failure of supposedly strong institutions to prevent the rule of law from being undermined has shown that there is no substitute for an active and organized citizenry.

On a cold winter’s night in July 2016, thousands of people gathered inside and outside Rotten Row Magistrates’ Court in Harare to await the verdict in the Zimbabwean government’s case against Pastor Evan Mawarire, the leader of the #ThisFlag movement and a staunch opponent of then-President Robert Mugabe. When the magistrate eventually threw out the treason charges brought against Mawarire for peacefully rallying people against corruption, a street party broke out. It was an unexpected victory for the rule of law – won, at least in part, through collective non-violent action by ordinary people.

In its most basic form, the rule of law simply means that no one is above the law. Everyone is treated fairly and justly, and the government does not exercise its power arbitrarily. These principles lie at the heart of the ongoing protests against systemic racism and police brutality in the United States following the death of George Floyd. The rule of law is very different from rule by law, which characterizes many authoritarian states and, increasingly, some democracies as well.

Many argue, not unreasonably, that building robust institutions is essential to strengthening the rule of law. But what do you do when the institutions which are meant to uphold the rule of law are so hollowed out that they have become the primary tools for its subversion? The conventional focus on “building institutions” can leave ordinary people feeling disempowered, waiting patiently for the all-important institutions to reform, while they remain on the receiving end of oppression meted out by those very institutions. It can also lead to unhelpful interventions by well-meaning external actors, which inadvertently strengthen the authoritarian capabilities of captured institutions, rather than the rule of law.

To strengthen the rule of law, we first need to focus on strengthening people, not institutions. This involves the difficult, dangerous, and often unglamorous work of grassroots community organizing that empowers citizens to act through informal channels outside of established institutions. Such action includes non-violent protests – marches, boycotts, strikes, and pickets – as well as community initiatives that directly improve people’s lives, such as worker advice centers and community gardens.

Such efforts are especially necessary in authoritarian states where institutions are fundamentally broken. But even in established democracies, the recent failure of supposedly strong institutions to prevent the rule of law from being undermined has shown that there is no substitute for an active and organized citizenry. Such engagement cannot be legislated or decreed, or copied and pasted from another jurisdiction. People must build it collectively from the ground up.

Building people power starts with opening citizens’ minds to a different type of society and a new way of doing things. In apartheid South Africa, for example, the study groups and adult literacy classes in townships during the 1970s helped to lay the groundwork for the mass movement that emerged in the 1980s under the banner of the United Democratic Front. The UDF would go on to play a leading role in the struggle against apartheid, culminating in 1990 with Nelson Mandela’s release from prison and the unbanning of the African National Congress.

Next, like-minded people need to organize themselves, connect with one another in the real world (not just on social media), and become actively involved in issues directly affecting their lives. These issues might at first be local rather than national, and involve less risky actions. Over time, however, people build mutual trust and gain confidence in both themselves and their collective power as a group. Coalitions form, and actions become larger in scope and perhaps more confrontational. Before you know it, a social movement emerges that is bigger than any of the individuals or organizations involved and can unlock people’s power to bring about change.

People power can strengthen the rule of law in at least three ways. For starters, it can counteract and even neutralize the top-down pressure placed on courts and police by the authorities – typically, the executive. This can help to ensure that even hollowed-out or compromised institutions discharge their duties in accordance with the rule of law – as in the case involving Mawarire.

Second, a people-power movement can create alternative spaces that prefigure a society in which the rule of law is respected. The movement must operate internally in a just and fair way, and apply the same standards to all its members regardless of rank. And any civil disobedience must have a strategic purpose and be highly disciplined, so that participants understand that such action does not constitute a rejection of the rule of law, but rather a means of establishing it.

Third, people power has repeatedly proved to be an effective tool in defeating even the most brutal dictatorships and achieving a transition to a more democratic system of governance. Far-reaching reforms that strengthen the rule of law can then be implemented in ways that would not have been possible under a corrupted system. In November 2019, for example, Sudan’s new transitional authority – established after months of non-violent protests against President Omar al-Bashir’s dictatorship and then against the military regime that ousted him – repealed an oppressive public-order law that had governed how women could behave and dress in public. Although Sudan’s transition is by no means complete, this represented a huge triumph for the rule of law. It would not have been achieved without people power.

Authoritarian leaders understand and fear people power. Soon after Mawarire’s hearing, the Zimbabwean regime erected a fence around Rotten Row Magistrates’ Court to prevent similar public gatherings there in the future. But just as authoritarian regimes adapt and learn from their past mistakes, those of us fighting for a society based on the rule of law also must adjust, innovate, and improvise, and accumulate enough power to dismantle the oppressive systems that shackle us. Only through the struggle of ordinary people can we eventually shift our focus to building strong institutions that protect everyone equally.