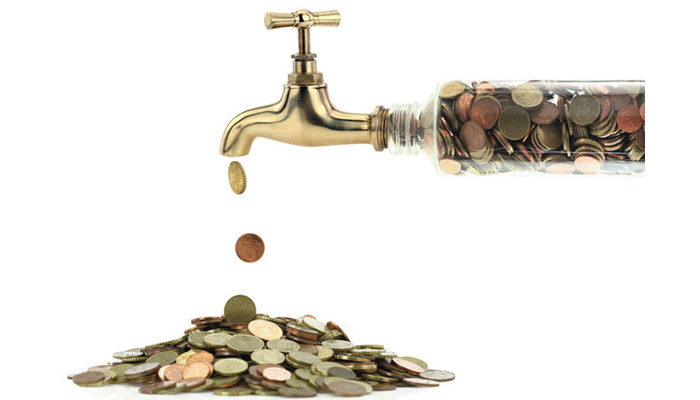 The central banks of major advanced economies have been navigating uncharted territory in recent years. While their use of a range of unconventional monetary-policy tools has had benefits, it has also generated significant uncertainty, without fully stabilizing the world economy. Now the time has come to head back toward more familiar policy terrain.

Following the 2008 financial meltdown, the US Federal Reserve cut the policy rate to almost zero and pursued so-called quantitative easing (QE), by purchasing long-term securities from the public and private sectors. The central banks of the European Union, Japan, and the United Kingdom soon launched similar unconventional programs. The result was a vast amount of cheap liquidity that helped to stabilize the financial sector, restore stock and real-estate prices, and increase domestic demand. All of this helped to limit the fallout of the financial crisis and push the global economy toward recovery.

But this aggressive approach has its limits. Indeed, as Reserve Bank of India Governor Raghuram Rajan has pointed out, after years of effort, the benefits of unconventional monetary policy are diminishing, while the costs are increasing. Recognizing this, the Fed ended QE at the end of last year and raised its policy rate by 25 basis points. The rate hikes will likely continue this year, though the speed and extent of the increases are uncertain.

Yet the European Central Bank and the Bank of Japan (BOJ) have decided to sustain their QE programs. Moreover, they have adopted a negative interest-rate policy – which amounts to charging a fee for bank reserves – to revitalize depressed demand. Unsurprisingly, the effects on inflation and real output have been limited.

Monetary policy is an effective means of managing inflation and can boost employment and output in a recession. Lowering interest rates below zero, however, has hurt banks’ balance sheets, reducing their lending capacity. As a result, it has failed to increase business investment. Even low positive interest rates, if maintained for a prolonged period, could backfire, fueling asset bubbles and enabling household and corporate debt to grow to unsustainable levels.

Meanwhile, asset purchases have caused the balance sheets of major central banks to swell to unprecedented levels. The orderly rewinding that is now needed will be very difficult to manage.

Beyond the domestic sphere, unconventional monetary policies have had far-reaching spillover effects. In particular, they have sent emerging economies, with their financial links to advanced economies, on a capital-flow roller-coaster ride.

First, the emerging economies were flooded with liquidity flowing from the advanced economies. Large capital inflows led to overheating and inflation, asset-price bubbles, and rapid currency appreciation. Then, the Fed’s tapering of QE led to the sudden withdrawal of that capital, creating a risk of financial disruption and currency crises. The emerging economies’ monetary authorities have struggled to cope with these shocks using available instruments, including interest rates, exchange rates, prudential regulation, and capital controls.

But that is not all. Because advanced economies’ unconventional monetary policies have also depreciated their currencies and stimulated their exports, the risk of competitive devaluations is now a real concern. If, say, the BOJ moved to intervene outright in the exchange-rate markets to depreciate the yen, the odds that the People’s Bank of China and the Bank of Korea would opt for weaker currencies would increase. All of this would be highly destabilizing, particularly for emerging economies like Brazil that are facing a brutal combination of internal and external challenges.

Instead of viewing all of this as motivation to back away from unconventional monetary policy, however, some economists are recommending that the ECB and the BOJ pursue an even more extraordinary policy: so-called “helicopter drops.” The idea, introduced by the Nobel laureate economist Milton Friedman in 1969, entails the distribution of freshly printed money directly to the public, with a commitment from the central bank never to withdraw it. As Former Fed Chairman Ben Bernanke points out, monetary finance is essentially equivalent to a broad-based tax cut, with the central bank committing to purchase government debt.

Among the influential economists advocating helicopter drops for Europe and Japan are Bernanke, Willem Buiter, Kemal Derviş, and Adair Turner. They argue that even if it is not an ideal solution, it can cure their economies. For governments restrained by high public debt and deficits, the proposal is certainly tempting.

But helicopter drops are highly risky. As Bernanke himself warns, such a policy could undermine central banks’ long-term independence. Moreover, it would enable governments to monetize fiscal deficits without constraints, and potentially to abuse money-printing power for political considerations. And it might not even work as intended, with the money benefiting only certain groups. Given the difficulty of regaining lost sovereignty and credibility, central banks must keep helicopter drops as a last resort.

The reality is that recourse to easy windfalls produced through loose monetary policy could have serious long-term repercussions, especially if they are used to delay efforts to address underlying issues. Japanese Prime Minister Shinzo Abe’s economic revitalization strategy – so-called Abenomics – is a case in point. The strategy was supposed to use a mix of monetary and fiscal expansion to help facilitate structural reforms. Yet the reforms have faced delays, and employment and output growth has been limited.

What advanced-country central banks should be doing now is implementing monetary policies aimed at restoring their credibility, while governments focus on implementing effective fiscal policies and structural reforms. Crucially, advanced and emerging economies must coordinate their policies, in order to foster confidence and strengthen growth. This is the only way back onto the path of sustained global economic health.

Last month, finance ministers and central-bank governors of the G-20 countries acknowledged the limitations of monetary stimulus and embraced structural reforms, infrastructure investment, and fiscal policy as the key to future growth. But they have yet to back their words with strong action. Their credibility – not to mention the fate of the global economy – is on the line.

* Lee Jong-Wha, Professor of Economics and Director of the Asiatic Research Institute at Korea University.