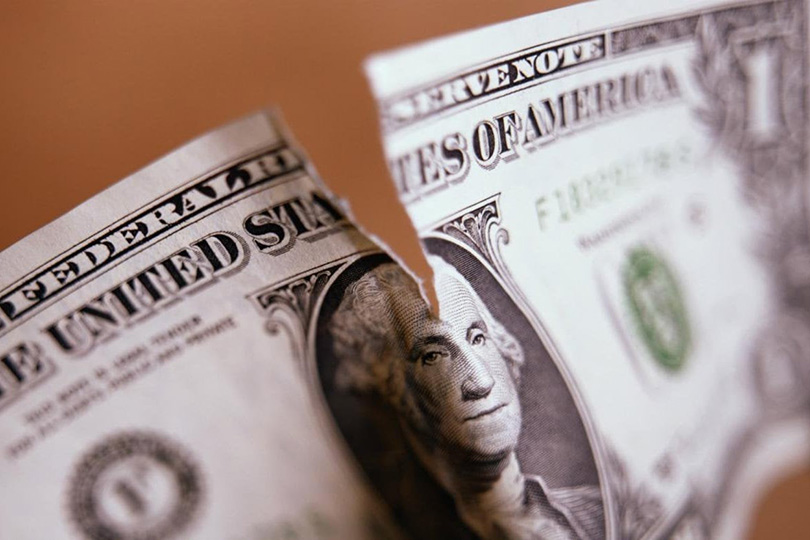 The world is facing a critical supply-chain failure. Everything from energy shortages in China and the UK to household appliances and taco sauce in the United States have impacted consumers throughout the world.

What is causing it? Listen to politicians, and it’s the Covid Pandemic or hoarding by consumers (which may explain a lack of toilet paper, but who hoards several dish washers in their house?).

The fact is that there are several reasons, some the fault of politicians. However, some of the blame goes back decades.

In the 1970s, when the Japanese were dominating the automobile industry, one of their secrets of success was “Just in Time Inventory” (JIT). The concept was that parts for auto production would only arrive just before they were needed – avoiding the need for warehousing parts, thus reducing warehousing costs. Soon, companies across the world were using the same business strategy, even though many logisticians were warning that a problem with the movement of parts would cause the JIT strategy to fall apart and precipitate worldwide shortages.

That time has come. Several industry groups have warned of a worldwide supply chain system collapse. In a letter to the United Nations General Assembly, the International Chamber of Shipping warned that governments must restore freedom of movement to transportation workers. They warned of a “global transport system of collapse.”

“” All transport sectors are also seeing a shortage of workers and expect more to leave,” said the Chamber. They called upon, “heads of government to take swift and meaningful action to resolve the crisis now.”

However, a study of the issue shows that neither government action nor the end of Covid will solve the problem. According to data released by Resilinc, a global leader in supply-chain risk monitoring, Covid related events ranked 19th in terms of supply chain breakdown in the first six months of 2021. The top five factors were factory fires, mergers and acquisitions, business sales, factory disruptions, and leadership transitions. Factory fires are up 150% in 2021 over 2020.

Mergers, acquisitions, and business sales weren’t due to Covid, but a desire to turn assets into cash to boost the core business.

Supply disruptions caused by the lack of cardboard, semiconductors, and plastics were up 638% over the previous period in 2020.

One rapidly growing threat to the supply-chain is the resurgence of piracy. The International Maritime Bureau’s Piracy Reporting Center reports that the Gulf of Guinea, which is on the Western coast of Africa, is the scene of about half of all piracies. The Singapore Straits is another area seeing increased piracy.

Piracy has been best countered with regular patrols of Western nations’ warships. However, many Western nations are moving their naval assets closer to the South China Sea to check Chinese expansionism. That has made piracy a safer enterprise.

Another political issue has been carbon taxes and regulation of carbon dioxide. While many European nations are trying to limit carbon production, carbon dioxide is an important feedstock to produce gasoline, fertilizer, and meat production. The lack of natural gas storage due to the desire to reduce greenhouse gas emissions caused a carbon dioxide shortage that impacted gasoline supplies and caused a panic by British citizens.

Not all supply chain problems are government inflicted. Many are caused by bad decisions by corporate leaders. An example is the lack of rental automobiles in the US.

When the Covid pandemic began, it caused consumers to cut back on travel and the resulting renting of autos. As a result, auto rental companies decided to sell a large portion of their rental fleets, with the idea that they would buy new cars when the market improved. The problem was that they hadn’t planned on the semiconductor shortage that has hampered the production of autos. The result is that car rental companies are short of cars and unable to meet current demand for rental cars.

Another problem is the bottleneck at many port facilities. Los Angeles and Long Beach port facilities are so overloaded that over 70 ships are lying off the coast awaiting a chance to off load. As of this writing, the wait time is over 8 days.

Meanwhile, twice as many ships are awaiting a chance to unload in China.

As loaded ships await a chance to offload, the situation is causing a shortage of ships and shipping containers. This has caused transportation prices to skyrocket, while delivery times are twice as long. That only increases the inflation rate.

But, getting the ship in port and offloaded doesn’t end the problems. There is also a shortage of railroad cars, shipping containers, and trucks. Warehouses near ports are filled to bursting. Half a million shipping containers are currently onboard ships waiting off the coast of Los Angeles.

Other supply chain problems are coming from further down the logistics chain. US hog herds are shrinking at a brisk rate due to high animal feed prices and disruptions at meat processing plants. The drop in hog herds numbers is the largest since 1999.

While some of the supply chain disruptions will only cause some discomfort (after all, an American can hand wash dishes instead of needing a dishwasher), there are critical disruptions that could cause unrest in the United States. These critical sectors are energy, food, and housing.

Housing costs (either home ownership or rental) have skyrocketed up in the last few months and in parts of the country where housing costs are too high like California, “shanty towns” are being established. Politicians may try to clean them out, but that doesn’t solve the problem of growing homelessness.

Food inflation is also a problem, although America has traditionally been a land of plenty. Many Americans are on a fixed or limited income and food inflation has caused them to cut back on food. Although real hunger isn’t a problem yet, it is a traditional cause for civil unrest. One only must remember Marie Antoinette’s statement, “Let them eat cake,” and the resulting French Revolution.

The most critical sector is energy because it can cost lives. The brutal cold in Texas cost lives as natural gas and electricity were cut off. And there are some parts of the US where colder than normal temperatures are forecast. Skyrocketing fuel and energy prices could force families to choose between food, housing, or heat in the winter.

The Biden administration has proven to be incapable of responding quickly to a crisis. In many cases, it has taken a moderate problem and made it worse (Kabul and the drone attack on a civilian family is an excellent example).

As the BLM, Antifa, and January 6th incident showed, America is balanced on the edge of serious civil unrest. Biden has shown little ability to handle a crisis and it is quite possible that some unrest could blossom into a full-fledged civil war.

Could the federal government stop such unrest? Maybe not. There is unrest in the police force as many policemen have quit rather than be forced to take the Covid vaccine. Unrest in the military has grown so much that the administration has jailed field grade officers who have criticized the president and senior generals.

Don’t forget that many state governors are actively opposing the president.

There is also an armed citizenry that owns many more firearms than the US military.

Although Biden said that the American citizens can’t win because they don’t own “F-15s or nuclear weapons,” he may want to consider that the Afghans didn’t have sophisticated weapons either.

Normally, these problems are settled by the next election. However, the midterms are over a year away. And the next presidential election is over three years away. Much can happen in the interim. Case in point, the time between the coup against Gorbachev and the end of the Soviet Union was only about 3 months.

Successful revolutions are a function of several factors. First is a monetary problem (usually inflation) that threatens the people’s survival. Clearly, potential problems in housing prices, food inflation, and energy prices in a cold winter fit those criteria.

Some experts are warning that the supply-chain problems could be earth shaking. Given history, they could be right.