The Overselling of Financial Transaction Taxes 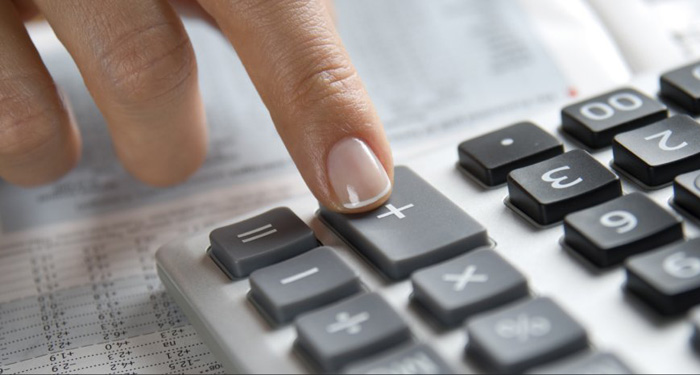 However November’s presidential election in the United States turns out, one proposal that will likely live on is the introduction of a financial transaction tax (FTT). While by no means a crazy idea, an FTT is hardly the panacea that its hard-left advocates hold it out to be. It is certainly a poor substitute for deeper tax reform aimed at making the system simpler, more transparent, and more progressive.

As American society ages and domestic inequality worsens, and assuming that interest rates on the national debt eventually rise, taxes will need to go up, urgently on the wealthy but some day on the middle class. There is no magic wand, and the politically expedient idea of a “Robin Hood” tax on trading is being badly oversold.

True, a number of advanced countries already use FTTs of one sort or another. The United Kingdom has had a “stamp tax” on stock sales for centuries, and the US had one from 1914 to 1964. The European Union has a controversial plan on the drawing boards that would tax a much broader array of transactions.

The presidential campaign of US Senator Bernie Sanders, which dominates the intellectual debate in the Democratic Party, has argued for a broad-based tax covering stocks, bonds, and derivatives (which include a vast array of more complex instruments such as options and swaps). The claim is that such a tax will help repress the forces that led to the financial crisis, raise a surreal amount of revenue to pay for progressive causes, and barely impact middle-class taxpayers.

So far, Hillary Clinton, the likely Democratic nominee, has embraced a narrower version that would target mainly high-speed traders, who account for a large percentage of all stock transactions, and whose contribution to social welfare is open to question. Clinton, however, may well shift closer to Sanders’s position over time, as she has on other issues. Donald Trump, the presumptive Republican nominee, has not yet articulated a coherent position on the topic, but his views often come down remarkably close to those of Sanders.

The idea of taxing financial transactions dates back to John Maynard Keynes in the 1930s and was taken up by Yale professor and Nobel laureate James Tobin (who, incidentally, was my undergraduate professor) in the 1970s. The idea, in Tobin’s words, was to “throw sand in the wheels” of financial markets to slow them down and make them hew more closely to economic fundamentals.

Unfortunately, this rationale has not held up particularly well either in theory or in practice. Particularly misguided is the idea that FTTs would have significantly muted the buildup to the 2008 financial crisis. Centuries of experience with financial crises, including in countries with FTTs, strongly suggests otherwise.

What is really needed is better regulation of financial markets. The unwieldy and deeply imperfect 2010 Dodd Frank legislation, with its thousands of pages of provisions, is a stopgap measure; few serious people view it as a long-term solution. A far better idea is to force financial firms to issue much more equity (stock), as Stanford University’s Anat Admati has proposed.

The more banks are forced to evaluate risks based on shareholder losses rather than government bailouts, the safer the system will be. (On this score, Boston University professor Laurence Kotlikoff’s more radical ideas for taking leverage out of the financial system merit serious attention, even if his own quixotic presidential campaign otherwise goes unnoticed).

The fundamental problem with FTTs is that they are distortionary; for example, by driving down stock prices, they make raising capital more expensive for firms. In the long run, this lowers labor productivity and wage levels. True, all taxes are distorting, and the government has to raise money somehow. Yet economists view FTTs as particularly troublesome because they distort intermediate activity, which amplifies their effects. A modest tax that is narrowly targeted, like the UK’s, does not seem to cause much harm; but the revenue is modest.

To get more revenue requires casting the net much wider. For this reason, the Sanders plan covers derivative instruments that would circumvent the FTT (for example, by allowing people to trade income streams on assets without trading ownership). But extending the tax to derivatives is a messy business, because their complexities make it difficult to define precisely what should be taxed. And as the impact of the tax expands, it becomes hard to know what the ultimate effects on the real economy will be.

It is certainly difficult to determine whether the outsize revenue estimates of the Sanders campaign could be realized; many studies suggest otherwise. The claim is that the US can collect more than five times the amount the UK collects on its narrow tax – an amount equal to more than 10% of revenue from personal income tax. The problem is that trading will likely collapse in many areas, and many financial trades will be executed in other countries. If economic growth is affected, eventually other tax revenues will fall, and if government bonds are covered, borrowing costs will rise.

Is there such a thing as a ‘good’ or ‘bad’ recession?

Fiscal Policies for a Transformed World

If Wealth Is Justified, so Is a Wealth Tax

Locking China Out of the Dollar System