The Two Backlashes against Globalization 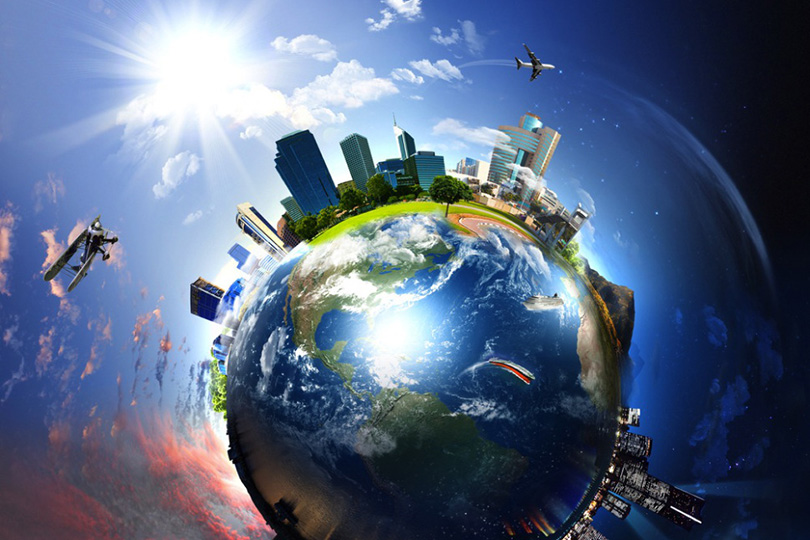 The reaction against globalization has taken two forms: economic resistance to rising inequality and a revolt against multiculturalism and cosmopolitanism. To save globalization – which has lifted hundreds of millions out of poverty, created new markets for goods made by poor countries, and reduced prices for rich-country consumers – both must be addressed.

When I left India for graduate school in the United States in 1975, the word “globalization” was not in use anywhere in the world. Back then, crossing borders was still a big deal, and getting a US visa was no easy feat. When I did arrive in America, to be an Indian still carried a whiff of the exotic and the unfamiliar.

Nowadays, globalization is inescapable. Over the course of less than three decades, trade barriers came down, and the combination of accessible airplane travel, satellite television, and the Internet has created a kind of interconnected “global village.” But two types of backlash are now casting doubt on globalization’s future.

The 2008 economic crisis seems to have been the turning point in public perception. In the years leading up to the crisis, millions of people rose out of poverty, and democracy became more widespread than ever, creating the general sense that a golden age had begun. Francis Fukuyama famously argued that in the grand global struggle over the future of human political and economic organization, the forces of democracy and liberal capitalism had won a definitive victory.

Then crisis struck, and the hubris of that era was quickly discredited. People began to note a distinct and deepening disparity between globalization’s winners and losers, with weak wage growth accompanied by robust returns for the wealthy. In the United Kingdom, for example, wages have grown by only 13% since 2008, but the stock market is up by 115%. According to an annual Credit Suisse report, wealth inequality is now growing sharply in 35 of 46 major economies, compared to just 12 before 2007.

In the developed world, the poor and the unemployed began to feel that they had no stake in the globalized system. They condemned the political establishment for pursuing policies that sent their jobs to faraway lands like China and India. And they demanded a return to the old economic order, and thus to the promise that each new generation would earn more and live better than the last.

This identity-focused backlash is exemplified by US President Donald Trump, whose slogan, “Make America Great Again,” was code for “Make America White Again” – a message that appealed to the unemployed, bitter, and increasingly xenophobic white blue-collar voters that formed the core of Trump’s base. But the America that Trump promised isn’t coming back: by 2030, a majority of the American labor force will be non-white.

While Trump is often viewed as a uniquely American phenomenon, he is actually just one part of a broader revolt by nationalists and traditionalists against a liberal globalist and cosmopolitan elite, in the name of a more religiously and culturally rooted identity. Hungarian Prime Minister Viktor Orbán, Turkish President Recep Tayyip Erdoğan, and, in his own way, Indian Prime Minister Narendra Modi are all capitalizing on this trend. Even in places where far-right, xenophobic, and nationalist parties and politicians have not won power, they have made strides, as the Alternative für Deutschland did in Germany’s recent federal election.

Yet the resentment toward the so-called elites into which such leaders have tapped can be seen on the left as well. Consider the Occupy Wall Street movement in the US, which comprised young people claiming to represent the 99% who were left behind as the 1% continued to thrive. The Democratic Party insurgency, led by Senator Bernie Sanders, opposed Hillary Clinton for much the same reason their right-wing counterparts did: with her well-paid speeches at Goldman Sachs, she was viewed as a representative of the Wall Street-linked globalized elite.

Similar anti-elite sentiment, fueled partly by working-class resentment of cosmopolitanism and economic inequality, underpinned the United Kingdom’s vote to leave the European Union. There are now 1,800 billionaires globally, 70 of whom live in wealthy and cosmopolitan London, where residents overwhelmingly opposed Brexit. But opposition to the EU was compounded by more fundamental issues of nationalism and identity, including citizens’ distaste for the large numbers of non-English-speaking immigrants from other member countries.

The economic and cultural backlashes against globalization do not always overlap. While Erdoğan and Modi, like Xi Jinping in China, promise national reassertion, they are still economic globalizers – the “Davos Man” who has come to represent the global elite. But the current specter of economic uncertainty is now reinforcing their nativism and chauvinism, just when similar tendencies are on the rise in the West.

Taken together, the two types of backlash against globalization explain why protectionist barriers to the free flow of goods, capital, and labor have been erected even in developed Western countries that long advocated greater openness. The numbers speak for themselves. In 2007, global capital flows reached a record high of $12.4 trillion, or 21% of the global economy. By 2016 the annual total had plummeted to $4.3 trillion, or 6% of the global economy – a lower share than in 1980. With total economic growth outpacing world trade growth of less than 2.5%, globalization has been rolled back decades.

Yet, while globalization isn’t perfect, it has pulled millions out of poverty in developing countries like China and India, created new markets for goods made by poor countries, and reduced prices for rich-country consumers. The economic and cultural backlash must be resisted, and the promise of global integration realized for all.