If politicians want to be trusted, they should stop lying to us 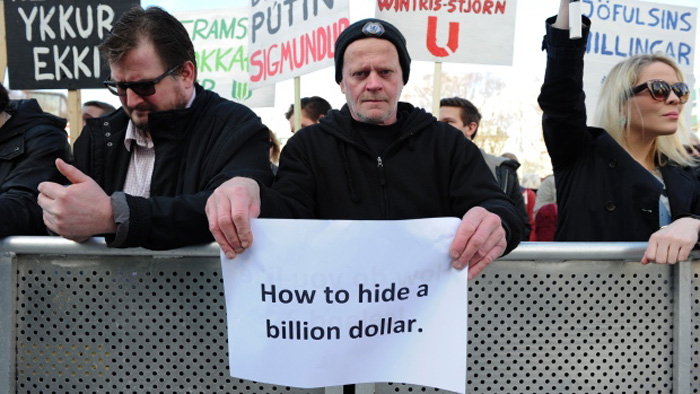 Had I not been in France last week – a country where several hundred thousand people legally avoid tax by living in the United Kingdom – I should have sought to ease the Prime Minister’s embarrassment by writing a column militantly in favour of tax avoidance. I have long believed it is the duty of every citizen to ensure the state does not take from him or her so much as a penny in taxation that can be legally withheld. Contrary to a fashionable view among certain of the super-rich – George Osborne, for example – this is not “immoral”. It is entirely moral to strive to keep what one has earned, and to stop the government from wasting it on, for example, disgraceful overseas “aid” projects.

Sadly, my short holiday in a country where the deleterious effects of over-taxation are apparent at every turn prevented me from writing such a piece. Instead, I returned to England to find the Prime Minister hoist with his own petard. Having grandstanded about the “immorality” of tax avoidance, he now admits it is something of a Cameron family tradition: and he has dutifully honoured it. I repeat: good for him. It is a pity he felt the need to act as though he had not, and loudly to condemn such behaviour in a pathetic attempt to curry favour with Leftists.

It is also a pity that he never asked what it is that causes people to avoid taxes. It is tempting, if you are of an Osbornian cast of mind, to say simply “greed”. But tax avoidance happens where governments create tax systems so complicated that people have loopholes to exploit, and where governments insist on running large state machines that require an unacceptably high level of taxation to fund them. So avoidance is always the government’s fault.

Perhaps if Mr Cameron had the courage to admit that – rather than deal in weasel terms about not having handled this blistering act of hypocrisy very well – the public might think better of him. But a survey last week about levels of trust on the European question showed him having fallen behind the ultra-successful and ultra-reliable Jeremy Corbyn. The word in the saloon bars of Britain appears to be that you just can’t trust Mr Cameron, because of his perceived dishonesty over tax avoidance. There he was, getting all high and mighty about people finding ways not to pay tax, and he was doing it himself: what one might call “living off immoral earnings”.

With the referendum just over two months away, and Mr Cameron desperate to win by any means, it is a bad time to leave voters with the impression that they can’t believe a word he says. But he is, to be fair, merely conforming to the type of today’s world leaders. The few dozen grand he saved through the tax dodge his late father arranged for him is peanuts compared not just with what the tyrant Putin and his chums have salted away in Swiss banks, or are laundering through the London property market, but also compared with what some leaders in the west have got up to.

There are still five unresolved financial scandals with connections to Nicolas Sarkozy, any one of which might yet prevent him securing the nomination for his party to contest next year’s French presidential election. Hillary Clinton is accused of being on the take from Wall Street to an extent that is kept from the American public, on whose votes she will depend next November; her prestidigitation over her use of private emails causes many of her opponents, not just in the Republican party, to think she might land a federal indictment before the election.

And when it comes to manipulating the tax system, few do it better than politicians. One of the more ill-fated appointments of President Hollande’s disastrous regime was his junior finance minister, Jérôme Cahuzac, whose main role was to stop tax fraud. Nine months into his job he was forced to resign over allegations that he himself was a tax-dodger, and after some bluster about his innocence finally admitted he had had a secret offshore bank account for the previous 20 years. He also starred in the Panama Papers, along with the late Ian Cameron, for owning a network of tax-avoiding companies.

Chuck into the mix politicians as geographically diverse as Dilma Rousseff of Brazil and Silvio Berlusconi, and you see that arch-kleptocrats such as Putin do not have the field to themselves. It was all a bit of a laugh for the British when this was something only Johnny Foreigner got up to: we could chortle over our newspapers and say, smugly, that however incompetent our political leaders might be, at least we could trust them. That theory is now being severely, and it seems unsuccessfully, tested.

It could not, in retrospect, have been more appropriate that the Prime Minister’s entry into the “immorality” stakes, and the knock-on effect this has had on trust in him, should have come at the very time that the preposterously mendacious leaflet, issued in his name, about the disasters that will befall us if we leave the EU, should be dropping through the nation’s letterboxes. If you seek further evidence of a shortfall in trustworthiness, look no further.

What, for example, are people to make of the monstrous lie “we will keep our own border controls”, on page two of the document? We may well have a checkpoint at Dover, but it will only be up to us whom we let in if we leave the EU and reassert that right. There was an old joke that Richard Nixon used to lie so much that, if he found himself accidentally telling the truth, he’d lie again just to keep his hand in. If some of us think we might have reached that stage with some of the people who run this country, no-one should blame us.

If Wealth Is Justified, so Is a Wealth Tax

Economy, WhatsApp, wildfires: Why are there protests in Lebanon?

No Country for Poor Men: How Lebanon’s Debt Has Exacerbated Inequality

The Benefits of a Progressive Consumption Tax