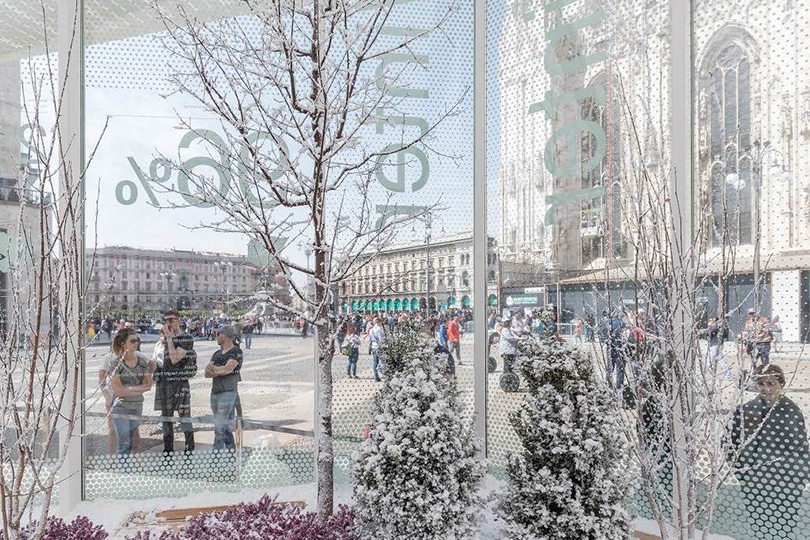 As rates of urbanization increase globally, city planners are working to reverse decades of reckless growth by returning nature to the built environment

As rates of urbanization increase globally, city planners are working to reverse decades of reckless growth by returning nature to the built environment. Fortunately, technology and bold thinking can help strike a long-elusive balance.

Ever since the ancient Greek poet Theocritus wrote his pastoral idylls romanticizing rural life, people have been pondering how to build cities that are in concert with their natural surroundings. But with rates of urbanization growing exponentially around the world, the need for greener cities has never been more urgent. Fortunately, innovation and technology can help strike this long-elusive balance.

Bridging the urban-rural divide has long been a focus of city planners. In the nineteenth and early twentieth centuries, European cities experienced unprecedented growth as huge numbers of people moved from the countryside to newly booming metropolises. As these cities grew, they become overcrowded and polluted, which inspired a new generation of thinkers to search for solutions.

One of these visionaries was Britain’s Ebenezer Howard, who in 1898 coined the term “garden city” – which he defined as residential communities built around a mix of open spaces, parks, factories, and farms. Soon, London was surrounded by leafy suburbs designed to keep high-quality housing and abundant green space in equilibrium. Howard’s mantra was to bring the city to nature.

A few decades later, on the other side of the Atlantic, Frank Lloyd Wright conjured up Broadacre City, an imagined suburban development balancing the built environment with the wild. And back in Europe, Charles-Édouard Jeanneret, an architect and designer known as Le Corbusier, was sketching visions of utopian cities that seamlessly enveloped the natural world.

And yet, while each one of these ideas was revolutionary for its time, they failed because they relied heavily on the automobile and promoted urban sprawl. In fact, most early urbanization in the West was characterized by development patterns that crashed against nature, connected not by green spaces and parks, but rather by endless ribbons of impervious pavement. As planners recognized the shortcomings of twentieth-century remedies, they sought to reverse the equation: how can nature be returned to the city?

New York City’s High Line, an aerial greenway built from a converted rail bed that opened in June 2009, was one of the first projects to capture this new ambition in urban planning. From London’s (now defunct) Garden Bridge to Seoul’s Skygarden, projects are being designed to better incorporate nature into the urban fabric.

Singapore’s Gardens by the Bay is among the more ambitious efforts. At the park’s Supertree Grove, photovoltaic cells harvest energy from the sun, and rainwater is stored in the steel trees’ “canopy” to feed vertical towers of foliage. Dehumidified air is even collected to help cool adjacent buildings.

We are even witnessing a boom in urban agriculture, as advances in hydroponic and aeroponic farming techniques make it easier to grow vegetables in confined spaces. While cities will never replace rural areas as the world’s main source of nutrition, a higher percentage of food can be cultivated in urban areas. New ventures like Freight Farms in Boston and InFarm in Berlin are already harnessing these technologies to bring urban farming to more people.

As innovative solutions like these take root, urban planners are turning their attention to even bolder endeavors. One concept that my colleagues and I have explored is custom-designed urban ecosystems and climates. In Milan, we recently unveiled our Living Nature exhibit, a 500-square-meter (5,381-square-foot) pavilion that can recreate four seasons simultaneously under the same roof. The goal of the project was to spark conversation about sustainable design, and to illustrate the surprising ways that nature will be integrated into the cities and homes of the future.

More than a century ago, the French geographer Élisée Reclus astutely predicted that people would always need “the dual possibility of gaining access to the delights of the city …and, at the same time, the freedom that is nourished by nature.” Reclus’s ideal was visionary, if premature. But today, thanks to new technologies and bold thinking, the urban-rural divide in city planning is slowly closing.

* Carlo Ratti is Director of the Senseable City Lab at MIT and founder of the design firm Carlo Ratti Associati.

Lebanon’s Food Insecurity and the Path Toward Agricultural Reform

The Pandemic Must Transform Global Agriculture

Nature Is Our Best Antiviral