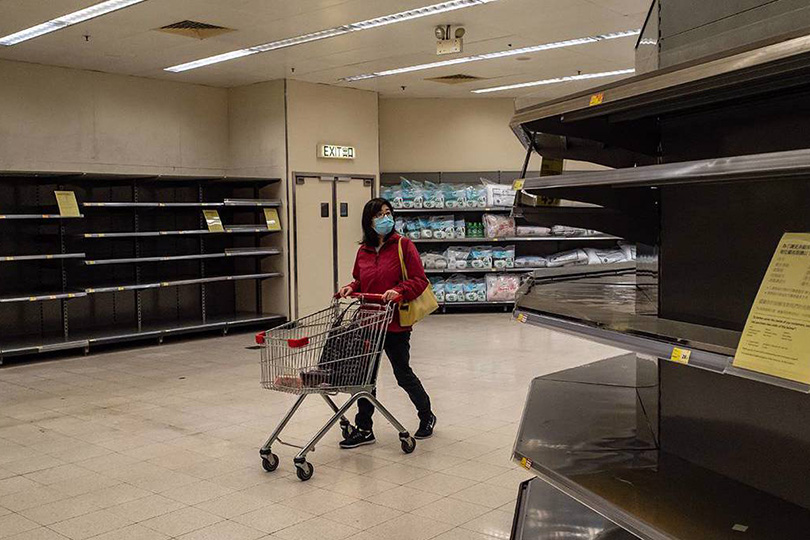 Policymakers and too many economic commentators fail to grasp how the next global recession may be unlike the last two. In contrast to recessions driven mainly by a demand shortfall, the challenge posed by a supply-side-driven downturn is that it can result in sharp drops in production, generalized shortages, and rapidly rising prices.

It is too soon to predict the long-run arc of the coronavirus outbreak. But it is not too soon to recognize that the next global recession could be around the corner – and that it may look a lot different from those that began in 2001 and 2008.

For starters, the next recession is likely to emanate from China, and indeed may already be underway. China is a highly leveraged economy, it cannot afford a sustained pause today anymore than fast-growing 1980s Japan could. People, businesses, and municipalities need funds to pay back their out-size debts. Sharply adverse demographics, narrowing scope for technological catch-up, and a huge glut of housing from recurrent stimulus programs – not to mention an increasingly centralized decision-making process – already presage significantly slower growth for China in the next decade.

Moreover, unlike the two previous global recessions this century, the new coronavirus, COVID-19, implies a supply shock as well as a demand shock. Indeed, one has to go back to the oil-supply shocks of the mid-1970s to find one as large. Yes, fear of contagion will hit demand for airlines and global tourism, and precautionary savings will rise. But when tens of millions of people can’t go to work (either because of a lockdown or out of fear), global value chains break down, borders are blocked, and world trade shrinks because countries distrust of one another’s health statistics, the supply side suffers at least as much.

Affected countries will, and should, engage in massive deficit spending to shore up their health systems and prop up their economies. The point of saving for a rainy day is to spend when it rains, and preparing for pandemics, wars, climate crises, and other out-of-the-box events is precisely why open-ended deficit spending during booms is dangerous.

But policymakers and altogether too many economic commentators fail to grasp how the supply component may make the next global recession unlike the last two. In contrast to recessions driven mainly by a demand shortfall, the challenge posed by a supply-side-driven downturn is that it can result in sharp declines in production and widespread bottlenecks. In that case, generalized shortages – something that some countries have not seen since the gas lines of 1970s – could ultimately push inflation up, not down.

Admittedly, the initial conditions for containing generalized inflation today are extraordinarily favorable. But, given that four decades of globalization has almost certainly been the main factor underlying low inflation, a sustained retreat behind national borders, owing to a COVID-19 pandemic (or even lasting fear of pandemic), on top of rising trade frictions, is a recipe for the return of upward price pressures. In this scenario, rising inflation could prop up interest rates and challenge both monetary and fiscal policymakers.

It is also noteworthy that the COVID-19 crisis is hitting the world economy when growth is already soft and many countries are wildly overleveraged. Global growth in 2019 was only 2.9%, not so far from the 2.5% level that has historically constituted a global recession. Italy’s economy was barely starting to recover before the virus hit. Japan’s was already tipping into recession after an ill-timed hike in the value-added tax, and Germany’s has been teetering amidst political disarray. The United States is in the best shape, but what once seemed like a 15% chance of a recession starting before the presidential and congressional elections in November now seems much higher.

It might seem strange that the new coronavirus could cause so much economic damage even to countries that seemingly have the resources and technology to fight back. A key reason is that earlier generations were much poorer than today, so many more people had to risk going to work. Unlike today, radical economic pullbacks in response to epidemics that did not kill most people were not an option.

What has happened in Wuhan, China, the current outbreak’s epicenter, is extreme but illustrative. The Chinese government has essentially locked down Hubei province, putting its 58 million people under martial law, with ordinary citizens unable to leave their houses except under very specific circumstances. At the same time, the government apparently has been able to deliver food and water to Hubei’s citizens for roughly six weeks now, something a poor country could not imagine doing.

Elsewhere in China, a great many people in major cities such as Shanghai and Beijing have remained indoors most of the time in order to reduce their exposure. Governments in countries such as South Korea and Italy may not be taking the extreme measures that China has, but many people are staying home, implying a significant adverse impact on economic activity.

The odds of a global recession have risen dramatically, much more than conventional forecasts by investors and international institutions care to acknowledge. Policymakers need to recognize that, besides interest rate cuts and fiscal stimulus, the huge shock to global supply chains also needs to be addressed. The most immediate relief could come from the US sharply scaling back its trade-war tariffs, thereby calming markets, exhibiting statesmanship with China, and putting money in the pockets of US consumers. A global recession is a time for cooperation, not isolation.