The Wrath of Caesar 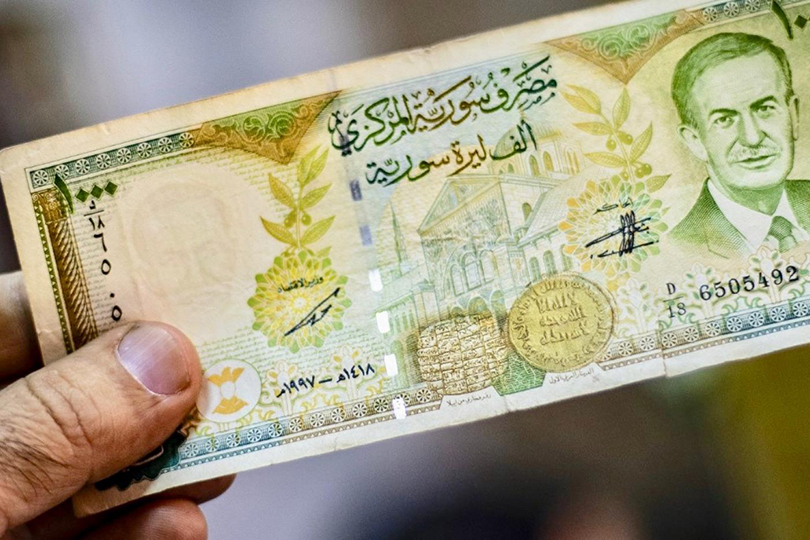 After a nearly two-decade reign as Syria’s preeminent businessman, Rami Makhlouf, the cousin of President Bashar al-Assad, may be seeing this dominance coming to an end. On May 19 the Syrian authorities seized his assets and those of his family members, amid speculation that his downfall would create a swift and irremediable rift in the regime’s support base, particularly among Alawites.

It appears this is unlikely. Makhlouf’s own brother recently posted an entry on Facebook criticizing Rami and affirming his loyalty to Assad. That Rami’s own brother should have acted in this way suggests that a mass defection of Alawites is not forthcoming. The more important question is what Rami Makhlouf’s fate can tell us about Syria’s economic and business environment, particularly on the eve of the implementation of the so-called Caesar Syria Civilian Protection Act, U.S. legislation that is part of the National Defense Authorization Act for Fiscal Year 2020. The act sanctions the Syrian regime for having committed war crimes, as well as those conducting business with the regime and its entities. It is due to go into effect this month.

The Caesar Act will deepen the regime’s isolation. Businesspeople and countries across the Middle East who work with Syria will now be very hesitant to do so because of the enormous risks involved. In effect, the legislation will divide Syria into two areas—regime-controlled areas and what can broadly be termed “the north.” Northern Syria includes the northwest, which is controlled by Turkish-backed opposition forces, and the northeast, which is controlled by the Kurdish-led Syrian Democratic Forces under U.S. protection. Because the Caesar Act names the Syrian government specifically, it will exclude areas outside government control. Thus, as the legislation comes into effect, the regime will feel economic pressure pushing it to rely more on those northern areas.

Local traders will likely be able to use their connections to act as brokers with the outside world in order to supply government-controlled Syria with its needs through Turkey and Iraq. For the northeast, where most people use Syrian pounds, that will primarily mean local products such as oil and wheat. For the northwest, where the Turkish lira and U.S. dollars are more widely used, it will largely mean trade in cheap manufactured goods imported from Turkey.

The pressure compelling the regime to rely on these areas will be heightened by the loss of Lebanon, which has been suffering from a severe financial and political crisis since October 2019. Starting in the 1960s, Lebanon—especially its banking sector—has allowed Syria to conduct its international commercial and financial transactions while avoiding Western sanctions. The country has also served as Syria’s gateway to the outside. Thus, Lebanon’s inability to continue playing such a role will have major repercussions for Syria’s economy.

Over the course of Syria’s conflict, its economy has come to be dominated by two layers of economic actors. The first is composed of well-connected elites that control large shares in key sectors such as commodities, energy, and telecommunications. Makhlouf was once the dominant figure in this field, but he is now rivaled by emerging businessmen such as Samer Foz and the Qaterji brothers, who gained in influence during the Syrian conflict.

The second stratum consists of a wide variety of local brokers, warlords, and others who have been able to profit from their control over specific economic areas by monopolizing certain activities. This can include controlling checkpoints and smuggling routes. While the first layer rules over large sectors, the second layer operates on a more local level, preying on the essential needs of inhabitants and profiting from the crumbs left by the large businessmen.

The Caesar Act is likely to push these two categories of economic actors to establish relations with the northern areas and thereby act as middlemen in any ensuing trade. In other words, the legislation may help to make Syria’s economy even more corrupt than it is, with economic transactions based more heavily on personal networks, with little or no official oversight.

However, Makhlouf’s fall has resulted in another shock to the system. Many of the economic gatekeepers are likely to conclude from Makhlouf’s fall that if Assad can remove his cousin, then any of them can also be removed. This will increase their incentive to make quick returns and profits, and most probably to move their money outside Syria to the fullest extent possible. The long-term planning and development that the country so badly needs will be even more distant. The Makhlouf affair has exposed the fact that the Assad regime cannot be considered a reliable partner or ally even to those who are most loyal and closest to its inner circles.

As the oligarchs and gatekeepers feel increasingly insecure themselves, Syria’s economic environment will suffer, creating a potentially explosive situation. The ensuing collapse could be incredibly destructive. As these elites increasingly look out for their own interests, even at the cost of regime cohesion, officials in the presidential palace may start to lose control over their own decisions. That is, they can issue orders, but it will not be clear to what extent these orders will be obeyed or enforced.

Making matters worse, all this is coming at a time when Syria’s rapid economic deterioration—some 80 percent of Syrians now live below the poverty line—makes the need for coherent decisionmaking all the more urgent. In a sense, the old pro-regime slogan from 2011, “Assad or no one!” has become self-fulfilling, as Syria faces the prospect of being fully controlled by no one.

As a figure close to the regime recently remarked, in describing what a generalized breakdown in Syria might look like: “You’ll see that the commander of a military airport won’t escape just with his family, but also with a squadron of aircraft.”