Job Creation Is the New Game in Town 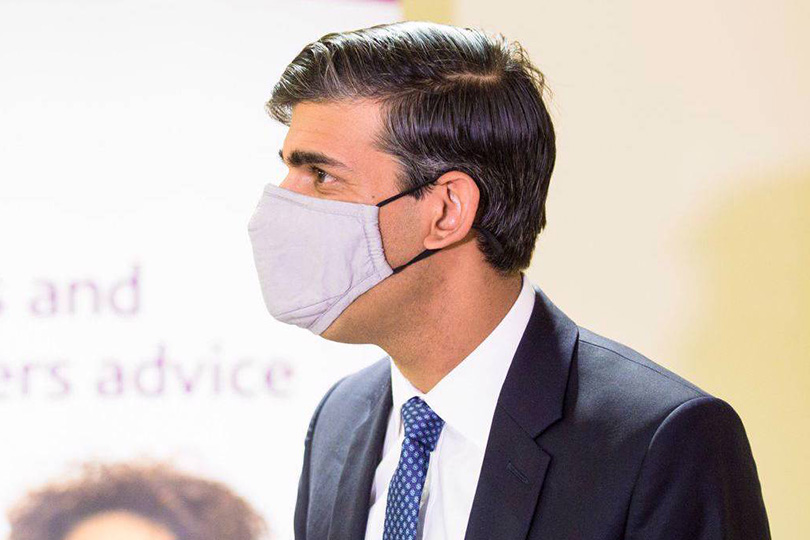 Even if a successful rollout of a new COVID-19 vaccine causes the current health crisis to recede by next spring, the unemployment crisis will remain. That is especially true in the United Kingdom, where fiscal stimulus is urgently needed to avert a lost decade – if not a lost generation – of growth.

In the wake of the COVID-19 pandemic, both the US and European economies are gearing up for large-scale job creation. US President-elect Joe Biden has pledged to invest $700 billion in manufacturing and innovation, plus $2 trillion in a “Biden Green Deal” to combat climate change and promote clean energy. Meanwhile, Germany has abandoned years of thrift by backing a €750 billion ($887 billion) European Union recovery fund and, like France, will maintain its own national job retention and job creation program throughout 2021.

By contrast, the United Kingdom’s chancellor of the exchequer, Rishi Sunak, has fallen behind the curve. Back in March, many expected that Britain would experience a V-shaped recovery. As this prospect faded, it became clear that Sunak’s rescue operation needed to be matched with a viable recovery plan.

These gloomier forecasts have prompted international calls for the reinstatement of active fiscal policy, with the IMF urging rich-country governments to start large public investment programs. In its latest Fiscal Monitor, the Fund says that increasing public investment by 1% of GDP could boost GDP by 2.7%, private investment by 10%, and employment by 1.2%.

The IMF’s call to action is particularly important, because the Fund was a champion of fiscal retrenchment during the 2008-09 global financial crisis, despite the obvious need for stimulus. Its earlier macroeconomic model, like those of most other economists and policymakers at that time, was based on the flawed theory that market economies have a natural tendency to reach full employment. This ignored the truth, most persuasively articulated by John Maynard Keynes, that in the absence of government stimulus, economies can remain naturally stuck in recession for a long time.

The Bank of England, too, has changed its tune. The BOE is about to inject an additional £150 billion ($198 billion) into the UK economy, in addition to the more than £200 billion it already has pumped out in 2020, and now realizes that it cannot do all the heavy lifting. Businesses will not invest, no matter how low the cost of capital, until they see a market. That is why the BOE has now joined the US Federal Reserve and the European Central Bank in calling for fiscal stimulus.

Before COVID-19, monetary policy seemed to be the only game in town. Now, if we are to avoid mass unemployment and the consequent loss of demand in the economy, job creation must become the overriding priority after the lockdown.

To its credit, the UK government brought forward £8 billion in infrastructure spending this past summer. But that is a mere fraction of what is needed. The government is now frontloading its £40 billion, five-year investment plan into the next two and a half years, and giving priority to big environmental projects and social housing. Retrofitting homes and local amenities could quickly create many jobs, with immediate multiplier effects.

Regional and local job and training schemes are essential to the longer-term task of reallocating work and skills toward the labor market of the future. The lesson of the UK’s 1998 New Deal for Young People and the 2009 Future Jobs Fund is that such programs must offer not only training and work experience but also assistance with job searches and incentives for employers to hire people on a permanent basis.

We estimate that one million young Britons under the age of 25 are neither working nor in training or education. But the government’s Kickstart job-creation scheme, which was launched belatedly earlier this month, has offered job placements to young people only for six-month periods.

The government expected that Kickstart would secure placements for 300,000 young people, but perhaps only around 100,000 will be enrolled in the scheme by the end of 2020. Ministers assumed that 5% of UK employers would take on young people, but outside of the retail and logistics sectors, thousands of firms are instead planning redundancies and will almost certainly not offer employment on anything like the hoped-for scale in the coming months.

If we are to assist the other 900,000 or so under-25s in need of help and create the estimated 1.5 million youth placements that will be required over the next year, the public sector will have to become the employer of last resort. So, rather than passively responding to a rise in unemployment, fiscal policy should aim to replace Karl Marx’s “reserve army of the unemployed” with a buffer stock of state-supported jobs and training schemes that expands or contracts with the business cycle.

What we need above all from UK policymakers is an updated full-employment commitment in the spirit of Keynes and US President Franklin D. Roosevelt. An essential condition for this is the coordination of monetary and fiscal policy. The BOE should retain its anti-inflation mandate, but policymakers should not use this to cut off necessary fiscal stimulus.

Earlier this month, the BOE echoed then-ECB President Mario Draghi’s famous 2012 pledge to save the euro by stating that it “stands ready to take whatever additional action is necessary” to boost the economy. To boost the credibility of such forward guidance, the government could give the BOE a dual mandate to fight both inflation and unemployment, while the bank could state that it will not tighten monetary policy until unemployment falls below its pre-crisis level of 4%.

A successful rollout of Pfizer’s new COVID-19 vaccine (and possibly others) could return life to a semblance of normality by next spring. But even if the health crisis recedes, the unemployment crisis will remain. UK policymakers must act now to avert a lost decade – if not a lost generation – of growth.