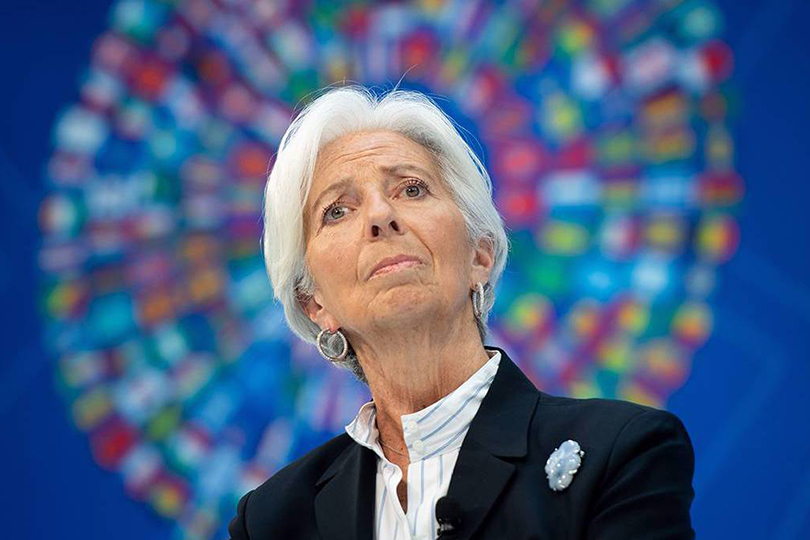 After years in which the European Council acted as if there were no qualified women to lead the European Central Bank, it has finally abandoned that ludicrous excuse and appointed Christine Lagarde to the position. Lagarde is an eminently qualified and promising president-designate; but to have a successful tenure, she will need to head off her critics' concerns.

The surprise nomination of Christine Lagarde to serve as the next president of the European Central Bank has pleased many observers, including me, and disappointed others. Those who are pleased feel that Lagarde’s eight-year term as Managing Director of the International Monetary Fund makes her uniquely qualified to forge agreement within the ECB’s Governing Council on many of the contentious issues it faces.

Chief among these are the eurozone’s current downturn and the potential review of its monetary-policy framework that has been proposed by Olli Rehn, Governor of the Bank of Finland. Considering that the ECB’s most influential members appear to have different views about the framework and how it might be changed, reaching a consensus will not be easy.

Nonetheless, those who support Lagarde’s nomination believe that her time serving as France’s finance minister has left her ideally suited to work with the eurozone member states’ governments – and to convince them to marshal a collective fiscal response in the event of a severe downturn. She also will need to push for a revision to the European Union’s fiscal rules, which have placed almost the entire burden of economic stimulus on the back of monetary policy. The current rules, which first appeared in the 1992 Maastricht Treaty, are woefully outdated, owing to the collapse of long-term real interest rates.

Last but not least, it is refreshing to see a woman appointed to lead the ECB. The idea, long implied by the European Council, that there is not one qualified woman among the 341 million people living in the eurozone has finally been abandoned. Good riddance.

Nonetheless, the choice of Lagarde has met with criticism. Some have argued that the appointment – together with that of former Spanish Minister of Economy Luis de Guindos as vice president last year – represents a politicization of the ECB. They fear that monetary policy will be increasingly influenced by short-run political expedience, at the expense of the ECB’s long-term credibility. Those holding this position no doubt regard the collapse of bond yields in Italy following Lagarde’s nomination as evidence that plenty of stimulus is coming.

Others have noted that neither Lagarde nor de Guindos has any central-banking experience or formal economics training. They worry that the ECB will lack the top-level expertise needed to respond to crises. Finally, others complain that the job should have gone to a German, to repair ECB’s strained relationship with the German public.

The lack of public support for the ECB in a country that accounts for around one-quarter of the eurozone population is obviously a problem. Lagarde will need to make rebooting the relationship with Germany a top priority, while also disabusing her critics of the notion that she is susceptible to political pressures.

To that end, she should do five things between now and taking office in November. First, she should signal that her appointment represents policy continuity, not a dovish turn. After all, a change in the presidency will not suddenly transform the views of the Governing Council’s other 24 members.

True, as sharply declining bond yields in the eurozone periphery show, market players are expecting Lagarde to open the monetary spigots further and for some time to come. But that is not a done deal. For example, the composite PMI for the euro area rose between April and June, before turning down again in July. Nonetheless, it remains in expansionary territory. Furthermore, the downturn is largely concentrated in the traded goods sector and is due to trade tensions. It is not clear that monetary policy can do much to offset it. The sooner market participants realize that, the better.

Second, Lagarde needs to launch a charm offensive in Germany. No central bank can afford to be viewed with suspicion by a significant share of the population. Lagarde can help herself by showing that her appointment will not make the ECB more dovish. But soft power matters, too. She should be arranging for plenty of appearances in the German media and at events in Berlin and elsewhere. Season tickets to the Staatsoper Berlin might be a good idea.

Third, Lagarde should kick off a long-overdue review of the ECB’s policy framework. She may not be an economist or central banker by training, but she is known to be a detail-oriented manager and a quick study. Digging into complex policy questions will allow her to demonstrate a firm command of the issues facing the ECB.

More to the point, an internal review is necessary to forge a new shared understanding within the Governing Council on some of the ECB’s most pressing issues. In addition to determining the exact specifications of its inflation objective, the Council will need to weigh the pros and cons of different unconventional policy tools. Among other things, that means deciding whether outright monetary transactions – the mechanism unveiled in 2012 for doing “whatever it takes to preserve the euro” – are still a part of its armory.

Fourth, Lagarde should make clear to member-state governments that she welcomes the appointment of experienced senior central bankers to the Executive Board. The ECB already has a first-rate chief economist, Philip Lane, and a large and talented staff, so what it really needs is someone with market experience to make up for the forthcoming departure of Benoît Cœuré in December.

Fifth and finally, Lagarde should plan to bring Lane to the press conferences that close out each policy meeting. Given the comments about her and de Guindos’s backgrounds, she should take measures to ensure that she is not wrongfooted by a question.

Every ECB president brings his – and now her – own strengths and weaknesses to the job. When it comes to Lagarde, there is every reason to expect her to offer effective leadership at this critical time for the single currency.

* Stefan Gerlach is Chief Economist at EFG Bank in Zurich and a former deputy governor of the Central Bank of Ireland.