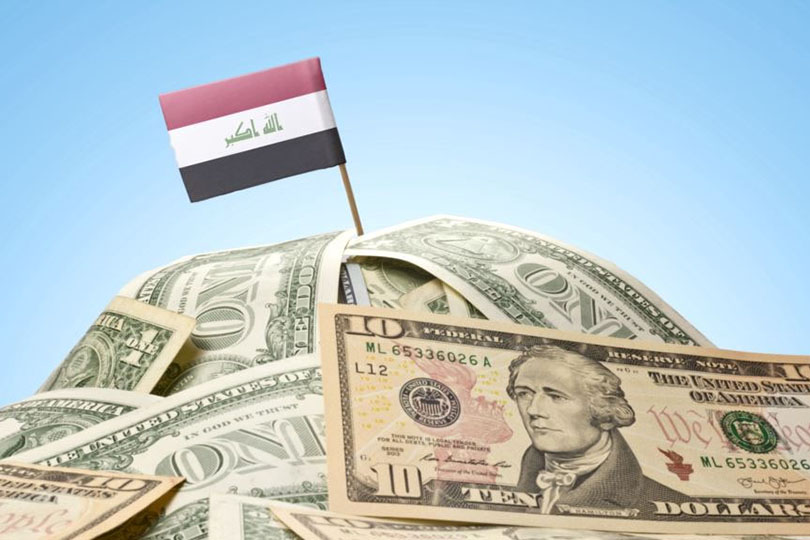 On July 19, 2019, the Executive Board of the International Monetary Fund (IMF) concluded the Article IV consultation [1] with Iraq.

However, post-war reconstruction and economic recovery have been slow. Non-oil GDP rose by only 0.8 percent year-on-year in 2018 in a context of weak execution of reconstruction and other public investment. Overall GDP contracted by around 0.6 percent as oil production was cut to comply with the OPEC+ agreement.

The 2019 budget implies a sizable fiscal loosening that will reverse the recent reduction in vulnerabilities. Current spending is expected to increase by 27 percent year-on-year, in part due to a higher public sector wage bill, while revenues will be dampened by the abolition of non-oil taxes. As a result, the budget is projected to shift to a deficit of 4 percent of GDP in 2019, and reserves are projected to decline.

The fiscal and external positions are expected to continue to deteriorate over the medium term absent policy changes—with reserves falling below adequate levels and fiscal buffers eroded. Although the level of public debt will remain sustainable, gross fiscal financing needs will increase. Non-oil GDP growth is projected to reach 5½ in 2019 but subside over the medium term.

In a context of highly volatile oil prices, the major risk to the outlook is a fall in oil prices which would lower exports and budgetary revenues, leading to an even sharper decline in reserves or higher public debt. Geopolitical tensions, the potential for social unrest in a context of weak public services and lack of progress in combatting corruption pose further risks.

Executive Directors agreed with the thrust of the staff appraisal. They were encouraged by the recent strengthening of Iraq’s economy but recognized that the country continues to face daunting challenges. Social conditions remain harsh, post-war reconstruction progress is slow, development needs are large, and institutional weaknesses are significant. Volatile oil prices and a difficult regional and geopolitical environment pose additional difficulties. Directors encouraged the authorities to seize the opportunity presented by the improved security situation and higher oil prices to implement policies and structural reforms aimed at ensuring macroeconomic and financial stability, tackling long-standing social problems, and promoting sustainable and inclusive growth.

Directors emphasized that building a robust fiscal framework is essential to maintain fiscal and macroeconomic stability and strengthen buffers. They encouraged the authorities to adopt a risk‑ and rules-based approach to fiscal policy as part of broader reforms to manage oil revenue more effectively, reduce tendencies for procyclicality, and shift to a more growth-friendly composition of expenditure. Directors supported scaling up reconstruction and development expenditure gradually in line with improving absorptive capacity. They underscored the need to strengthen public financial management to ensure public spending is appropriately monitored and to reduce vulnerabilities to corruption. In this context, Directors welcomed the newly adopted General Financial Management Law and encouraged its full implementation.

Directors emphasized that gradual fiscal adjustment, including containing current primary spending and boosting non-oil revenues is essential for maintaining fiscal and debt sustainability. They recommended that spending measures should give priority to containing the growth in wage bill and lowering subsidies to the electricity sector. Directors emphasized that the poorest and the most vulnerable must be protected from the adjustment process.

Directors underscored that an overhaul of the banking sector is necessary to maintain financial stability. They encouraged the authorities to restructure the large state-owned banks, enhance their supervision, and implement other reforms to increase financial intermediation. Directors highlighted the benefits of increasing financial inclusion, especially for the SME sector, which has a large potential to absorb entrants to the labor market.

Directors agreed that building public institutions and enhancing governance is key for success, and highlighted the scope for Fund capacity development to support these efforts. They welcomed progress in developing an anti-corruption framework and called for further modifications to the legal regime for combatting corruption coupled with stronger coordination between the relevant government agencies, while continuing to strengthen the framework for Anti-money laundering and combatting the financing of terrorism (AML/CFT). Directors also recommended strengthening Public Investment Management framework to ensure that spending is well directed and that donor funds targeting reconstruction are put to the most efficient use.

Directors looked forward to continued close engagement between the authorities and the Fund in the context of post program monitoring.