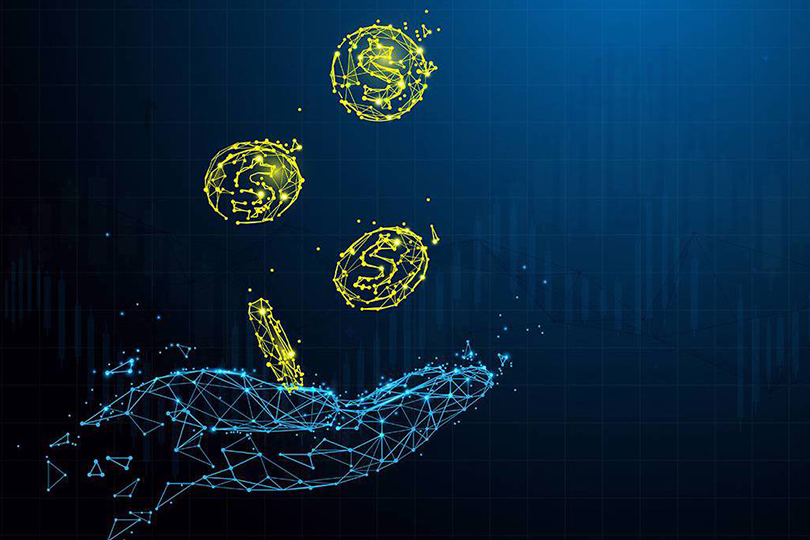 The rapid pace and sheer scale of innovation in digital currencies and mobile payments indicates that a monetary revolution is forthcoming. The choice for governments

The rapid pace and sheer scale of innovation in digital currencies and mobile payments indicates that a monetary revolution is forthcoming. The choice for governments and central banks is whether to stand in front of a train that is gaining steam, or get on board and reap the benefits.

How radically will digital currencies change our methods of exchange and the way that we think about money? With innovation in digital payments barreling ahead, these questions are now commanding the attention of the World Economic Forum and other international institutions.

Regardless of how Facebook’s own digital-currency moonshot, Libra, fares, it has already provided a wake-up call for firms and policymakers around the world. “If revolution there is to be, let us rather undertake it than undergo it,” Otto von Bismarck once said. The question for policymakers is not whether to try to shape the digital-money revolution, but how.

Digital money is already a key battleground in finance, with technology firms, payment processing companies, and banks all vying to become the gateway into the burgeoning platform-based economy. The prizes that await the winners could be huge. In China, Alipay and WeChat Pay already control more than 90% of all mobile payments. And in the last three years, the four largest listed payment firms – Visa, Mastercard, Amex, and PayPal – have increased in value by more than the FAANGs (Facebook, Apple, Amazon, Netflix, and Google). In a way, Libra is actually crashing the party late.

The opportunities offered by digital money are clear. Across Western countries, moving money is overly costly and inefficient, and those who end up paying the most are often the ones who can least afford to do so. As I argued in a report for the Bank of England (BOE) earlier this year, improving these processes could yield significant returns and social benefits.

Moreover, the needs – the potential returns – are even greater in many emerging markets, particularly when it comes to cross-border payments. According to the World Bank, the cost of sending international peer-to-peer remittances averages around 7% of the sum. Efforts to improve the main payment channels are ongoing. TransferWise, for example, claims to have reduced the average cost of cross-border transfers for its clients to 0.74%. But less well-trodden routes remain a challenge, owing to the hurdles posed by anti-money-laundering rules and poor data quality.

Given the concerns that Libra has raised, some central banks have begun to explore the option of issuing their own digital tokens. Others are studying the thorny legal and regulatory challenges posed by digital money, so that they can safeguard monetary and financial stability. For her part, Lael Brainard, a governor on the US Federal Reserve Board, recently suggested that the risks of cryptocurrencies outweigh the benefits. By contrast, the People’s Bank of China is forging ahead – though not toward the decentralized or “permissionless” blockchain model envisioned by crypto enthusiasts. The PBOC wants to use cryptography to issue tokens to mainstream banks, which will then be passed on to customers within the existing two-tiered banking system.

Hence, if the European Central Bank (or others) wanted to be the first central bank to issue digital money, the opportunity is there for the taking. To policymakers considering the options presented by digital money, I would offer five recommendations from my BOE report.

First, monetary authorities should create the infrastructure to enable alternative payment methods to connect to one another. The private sector can flourish when central banks act as a platform for innovation, as BOE Governor Mark Carney has shown by granting non-bank payment firms access to the BOE payments system. But success will depend on how easily new providers can access the central-bank infrastructure, which will require well-designed application programming interfaces through which to receive and share information.

Second, policymakers should usher in the next generation of payments regulation. Rules need to be updated to reflect the increasing complexity and shifting risks of the current system. As the cost of payments falls, the value of data will grow. Yet existing rules pertaining to data sharing, security, and liability are mostly rudimentary. Given the flurry of new entrants, there is a case to be made for tiering regulation – as the Singaporeans have done – and stress-testing payment firms for their financial resilience and cyber-security protections.

Third, governments need to champion better digital identification, which is essential to improving financial inclusion, curbing cyber fraud, and reducing costs. Some countries have already made impressive progress on this front. India, for example, has largely cracked the identification problem with its Aadhaar program, which dramatically simplifies the process through which networks can know their customers. Countries that do not have a tradition of issuing national ID cards have more work to do, but their governments can cooperate with the private sector, or use existing high-quality national data sets such as passport and tax numbers.

Fourth, all countries need to support stronger messaging standards to improve cross-border payments, reduce costs, and prevent fraud. Just as postal codes help mail get to the right place, so too could better tagging of payment senders and recipients.

Fifth, and critically, policymakers need to create a roadmap for the decline of cash. In Sweden, cash payments have fallen by 80% over the past decade, and many other developed markets are just 5-10 years behind. Digital payments bring many benefits, but the Swedish experience shows that without a coordinated plan, the pace of change risks excluding some groups in society. As payment habits shift, each country will need a strategy to improve its payments infrastructure – including broadband and mobile-telephony networks – so that no one is left behind.

Payments innovation is moving at a dizzying pace. Some ideas may fail to get off the ground, while others may need to pivot to become commercially viable. Other issues, like market dominance or cyber-security risks, will undoubtedly become more prominent in policy debates. On balance, however, the economic and social benefits of a frictionless, fraud-free, and trusted global payments system will likely outweigh the risks.