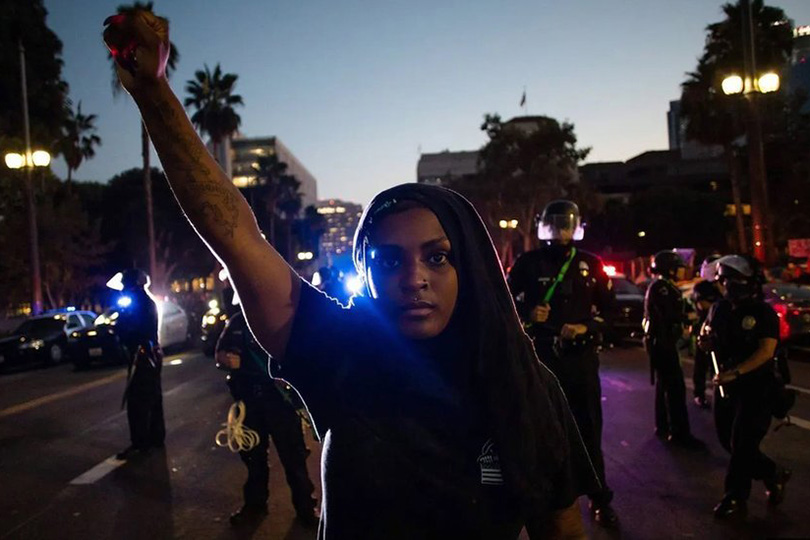 When “gaslighting” was coined it referred to misogynistic emotional abuse, but it is clear far more of us are suffering than we may realise.

You might be familiar with gaslighting in the context of relationships, but this manipulative tactic also works en masse. This is what some experts call “structural gaslighting”.

Has someone ever told you something that made you doubt your own memory? And have you been convinced after the fact that they were doing so to manipulate you?

Over the past few years, the use of the term “gaslighting” to refer to this phenomenon has shot through the roof. While the word has been in our dictionaries for over half a century, its precipitous increase in usage began around 2013 and hasn’t slowed since.

Gaslighting is defined as manipulating someone into thinking they’re wrong even when they’re right. A form of emotional abuse, it can be used to make the victim question their own mental wellbeing. It was used by the medical profession for decades before being named the buzzword of 2018. The word itself comes from the name of a 1944 movie in which the male protagonist convinces his wife she is losing her mind. While you may have heard about gaslighting in this context of relationships, it’s actually present in many other aspects of day-to-day life.

While the origin of the term gives the impression it's a tactic of the master manipulator, some of us might gaslight without ever realising. “Gaslighting can happen in work, family or platonic relationships as well as romantic ones,” says Cheryl Muir, a relationship coach based in the UK. "Sometimes, people who gaslight you in life aren’t doing it out of malice or to deliberately harm you but rather due to a lack of self-awareness,” or perhaps even to protect you.

Muir noticed that children who witnessed alcoholism, domestic abuse or substance abuse in the home were often told it didn’t happen when they confronted their parents about it. Those parents might have the best intentions – to protect their child – but it actually come across as unreliable, she says. “That is a form of gaslighting, so from a young age if you’re not able to trust what your parents are saying, you go on to not be able to trust anyone else.” It has also been shown that denial is a common tactic of child abusers.

Paige Sweet, an assistant professor of sociology at the University of Michigan, studies domestic abuse and believes gaslighting is deeply rooted in societal structure and social inequalities. Women are more likely to experience gaslighting both in professional environments and in their personal lives due to these inequalities, she says. “The assumption and stereotype that women are overly emotional, sensitive, irrational or fly off the handle easily is used to excuse the dismissal of their feelings and experiences,” says Sweet. She uses the example of women being treated for ‘hysteria’ in the 19th Century, adding that women’s emotions are still used as evidence for them being unwell in the stereotypes put on them today.

Black women also experience a stereotype where they are expected to be strong and unbreakable, and end up feeling like they can’t reach out for help because of it, says author and activist Sophie Williams in her upcoming book Millennial Black. “Mental health is not something that is spoken about openly and honestly in the black community, which is changing, but there is this image of the strong black woman who can’t be broken and doesn’t need help.”

Researchers use the term “racial gaslighting” to describe a way of maintaining a pro-white/ anti-black balance in society by labelling those that challenge acts of racism as psychologically abnormal. Williams says the stereotype that black women cannot ask for help makes it even more difficult to challenge this kind of racism. Where the appearance of mental strength would have been useful in combatting other forms of racism previously, with racial gaslighting it “is not serving us the same way it would have in the past,” she says, adding that while “outcomes for women are improving, black women’s mental health is becoming worse and worse – just not in a visible way.”

Racial gaslighting is something that Williams experienced growing up, although she didn’t know the definition of it until this year. “It makes us seem like unreliable narrators of our own lives. Imagine the toll it takes on you, to go through something and then be told it’s not true and having it dismissed. It’s deeply unfair and unacceptable.”

The Black Lives Matter protests that came after the death of George Floyd in the United States show how racial and political gaslighting often go hand-in-hand, explains Williams. After people watched the video of Floyd dying while a white police officer knelt on his neck, they were told one thing by officials (that his death was an accident) that contradicted their own interpretation of what they had seen, she says. The police officer in question has since been charged with murder.

The protests that followed were then used as a political tool to make those appealing for justice look criminal for their actions, she continues. “It’s damaging when gaslighting comes from people who have a responsibility or are in a position of power,” Williams says, “because we’re then disenfranchised from being able to exercise our rights in the way we should be.”

Angelique M Davis and Rose Ernst, professors of political science at Seattle University, have been researching how racial gaslighting maintains a pro-white/ anti-black balance in society. The two worked together to unpick how these ideologies were ingrained in the culture of the United States. “So many of the examples of racial gaslighting we’ve experienced and looked at are embedded in the structure, history and culture of the United States,” says Ernst. “It’s incredibly difficult to tackle this on an individual and group level, let alone societal.”

But does the data support Davis, Ernst and Williams’s points that issues of race equality are not treated equally by white and black citizens?

In September 2020, over 10,000 US adults were polled on whether they thought race equality had progressed enough in their country by Pew Research Center. For black Americans, 86% said not enough progress had been made (up from 78% the previous year), compared to 39% of white people (up from 37% in 2019) who agreed with them.

There is, based on this sample, a difference in the attitudes of white and black Americans towards race equality, which is the “ingrained culture” the researchers say causes racial gaslighting.

But Davis was shocked at how many black Americans didn’t have the means to describe what was happening to them. “The Black Lives Matter protests, for example, represent how racial gaslighting is used to set people up to appear a certain way to the public. It’s political theatre, it’s calculated and deliberate.”

Davis and Ernst use their expertise to equip employees of multi-national companies with the skills to spot and respond to racial gaslighting. In the US, this type of work has recently been banned in an executive order.

Davis and Ernst’s training methods have been banned in the name of combatting ‘anti-American’ race and sex stereotyping. Davis claims that the language used in the order is an example of just how subtle these controlling tactics are. “[The order] specifically talks about race theory, gender discrimination and racism only being perpetuated by white people or white men, saying [this focus on white people’s racist actions] encourages a ‘false belief’ that America is a racist and sexist country.”

In a similar survey of US adults by Pew from 2019, 73% of black Americans (compared to 49% of white Americans) said that Donald Trump had made race relations for all ethnicities worse in their country, over 18 months before he signed the executive order. For Hispanic and Asian adults the figures were 57% and 56% respectively. (We contacted The White House for comment and have yet to receive a reply.)

Now the US will have a new administration, Davis and Ernst are hopeful that times are changing and their work will become more valuable than ever. “I’m relieved that my area of expertise will not be under attack by the incoming presidential administration,” says Davis. “The US still has a lot of work to do in this area.”

Ernst shared her relief at the US election results, but stressed that there is still much to do. “Racial justice work builds on the collective labour of so many people, past, present, and future. The election does not change the unalterable facts of history that still demand recognition and atonement.”

Regardless of which political party is represented in the White House, racism is still very prevalent in the US, according to opinions of both white and black citizens. But where racial gaslighting veers into the political space as well as people’s personal lives, it may contribute to outdated ideologies and stereotypes. Davis and Ernst hope, by recognising the signs we can begin to unpick the damage.