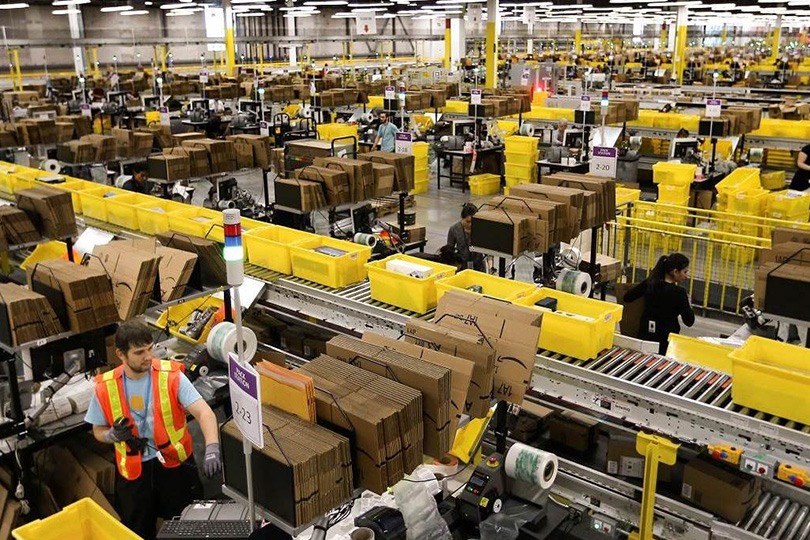 In an era of rapid technological change, it is widely assumed that disruptions to labor markets are inevitable

In an era of rapid technological change, it is widely assumed that disruptions to labor markets are inevitable – and positive – indicators of a country's international competitiveness. But should policymakers really use the economy to advance national power at the expense of the many people and regions left behind?

Not so long ago, there were two competing explanations of unemployment. The first was the Keynesian theory of deficient demand, which holds that workers become unemployed “involuntarily” when their community lacks the money to buy the goods and services they produce. The second was the view often associated with the Chicago School, according to which unemployment is a voluntary choice of leisure over work at whatever the offered wage.

Now, a third explanation is gaining traction: declines in full-time work opportunities and real wages are both due to automation. To be sure, the idea that robots are gobbling up human jobs is a new slant on the very old problem of technological unemployment. But it is a slant that merits attention, because the problem cannot be solved with the conventional policy responses.

At the same time, embracing new technology is considered necessary for a country’s geopolitical and competitive success. Thus, disruptions to existing work patterns should be welcomed and “mitigated,” by adapting education and social-security systems to the needs of an automation-driven job market.

So says The Work Ahead: Machines, Skills, and US Leadership in the Twenty-First Century, a new report published by the Council on Foreign Relations. Like many other recent reports on the topic, this one starts from unargued – and largely unwarranted – assumptions and arrives at anodyne conclusions.

For example, we are told that technological possibilities will determine job outcomes. Because most jobs will be automated in whole or in part, resistance is futile, and adaptation (“mitigation”) is the only option. Moreover, technological innovation must be enthusiastically embraced, or the “best and brightest” workers will flock to foreign competitors.

We are also told that if the United States were to slow the pace of automation unilaterally, it would forfeit its dominant position on the world stage. On the assumption that China is a strategic enemy of the US, it is imperative that the American people embrace technological innovation to win the race for world leadership.

Lastly, we are told that work is the source of one’s identity. So, rather than delinking economic security from employment, the challenge is to salvage traditional but more flexible forms of paid employment. Thus, a universal basic income must be rejected, owing to its “enormous cost and the potential disincentives to work.”

If one abides by these ground rules, then the only answer to the march of the robots must be an active labor-market policy geared toward preparing workers to race with machines. The challenge of a more precarious job market is to be met by making people more precarious.

To its credit, the CFR report does come close to making an important point about the relationship between cyclical unemployment and the longer-term problem of technological unemployment. The authors are correct to view a policy of “full employment” as necessary (though not sufficient) to win the public’s acceptance of automation. And they even note that the US economy has been at full employment for just 30% of the period since 1980, compared to 70% of the period between the late 1940s and 1980. “At any given time,” the authors write, “millions of people are likely to be out of jobs involuntarily and looking for work, and in times of recession and economic slowdown, those numbers will spike.”

And yet, to “mitigate” this problem, the report proposes more of the same policies that brought us to where we are. Accordingly, monetary policy should be used to expand employment – even though it has consistently failed to do so. And, “Congress and the Trump administration should also use fiscal policy prudently to maintain strong growth and employment” – even though “the worsening federal budget deficit … will unfortunately further handcuff” efforts in this direction.

So much for using macroeconomic policies to confront the “jobs challenge.” Instead, we are left with the usual microeconomic measures to prepare people for algorithmic employment – that is, the use of big data to match people with the jobs they will need to remain consumers. Again, we are told that future labor-market participants should be equipped with job-targeted education and portable social-security pots to help them jump from one automated workplace to another.

In the case of education, the report calls on employers and colleges to work together to develop talent “pipelines.” For example, it highlights Miami Dade College’s “programs in animation and game development, working with companies such as Pixar Animation Studios and Google.” Likewise, Toyota “has built its own advanced manufacturing technician program to provide a pathway for students seeking careers at the company.”

And to ensure labor mobility, the report gives pride of place to “flexicurity,” in the form of portable benefits (“transition assistance for workers”). In typical fashion, it does not attempt to delink benefits from work itself, but rather from “single employers and full-time work.”

In the end, the report never makes up its mind about whether flexible forms of work in the “gig economy” represent Keynesian demand deficiency, voluntary choices for part-time work and self-employment, or the involuntary encroachment of automation. And while the authors admit that globalization and technological dynamism have left a large part of the US population and territory behind in terms of wealth, income, and self-esteem, their own remedy is to redouble ongoing efforts to bring the “left behinds” up to speed.

For my part, I would draw a different conclusion from the same facts. If the goal is to lift all boats as far as possible, then some slowdown of globalization and automation is inescapable. Every citizen has a right not to be left too far behind. Upholding that right should not be sacrificed in the name of largely bogus calculations about the effects of slowing down automation on US global leadership.

* Robert Skidelsky, Professor Emeritus of Political Economy at Warwick University and a fellow of the British Academy in history and economics, is a member of the British House of Lords.