Series of discussions in Annabaa Forum for Dialogue: The Effect of Reducing Expenditure in the Iraqi Economy 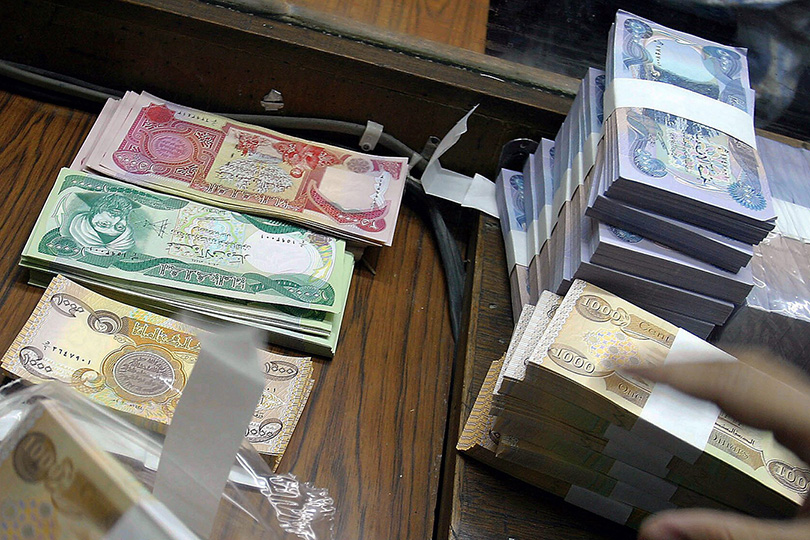 Annabaa forum for dialogue held an extensive discussion entitled " The Effect of Reducing Expenditure in the Iraqi Economy ". Dr. Hassan Lateef Al-Zobaidi, a lecturer at Economy and administration college at University of Kufa, delivered the lecture.

Members of the parliament participated in the discussion along with academics, media professionals, and intellectuals. The session was managed by the forum director, a researcher, Ali Al-Talikani on Friday, Jun. 12th 2020 through online apps due to the coronavirus pandemic.

• We are in dire need for Good governance that serves development in order to achieve a true reformation, a quick law response and a one who brings righteousness back.

• Reforming public finance as we live in a fragile state where budget and expenditure are the sources of corruption and weak monitoring mechanisms. Thus, the budget becomes an area for public funds fraud.

• We need to reform the administrative body to ensure competence and the process of strategy and development.

• Looking for new resources to fund expenditure, reformation and to revive the life of millions among the unemployed and the ones who don't have a steady income.

• A political reformation to lift Iraq out of this abyss into exploring wide horizons away from political sectarian system and partisan.

• Reforming social policy as we lack a strong security system and millions are out of the social security field.

• Reforming the civil society as we live in fragile state.

• Tending towards investing in oil instead of exchanging it for dollars, namely investing in commercial exchange.

• We need someone who applies the law; Imam Ali's justice and Prophet Joseph honesty. Iraq is not a poor country as its funds are always a target for robbery. We have to eradicate the plague of corruption for we live in a semi-state controlled by parties who own economic institutions and their only interest are their own. A model which is a carbon copy of the Lebanese one.

• We must pay great attention towards strategic dimension, which is lost due to decision makers' short-sight and planning for future without establishing foundations to rise with Iraq and build a proper development.

• Learning from the visions and plans presented previously which could support the Iraqi economy. Fighting corruption and creating a powerful development can build a firm belief for this sector.

• A short-term reformation within a year or less to compensate for the spending deficit.

• Iraq can have local and foreign loans as we are in a safe zone according to borrowing and debt criteria.

• The exchange rate in Iraq is unreasonable and to change it may lead to financial failure due to the status quo.

• We must design a proper mechanism in order to avoid excessive use of this resource to fund the deficit.

• Reducing expenditure may not overcome this crisis, but it may escalate it to recession.

• Payrolls are not to be used, this may lead to catastrophe.

• We must overcome sectarianism as it deepens the void of corruption in the Iraqi society.

• Recovering offshore funds especially those lost for corruption, yet we cannot rely on this strategy for the time being.