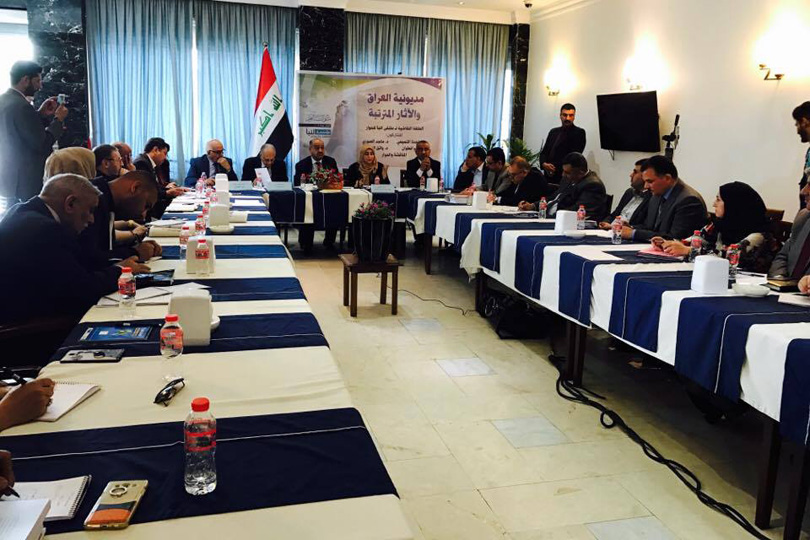 Annabaa Forum for dialogue held a symposium titled (Iraq’s total debts and their consequences) in the capital Baghdad. The symposium was attended by a deputy of Al-Ahrar Bloc and a member of the finance committee of the Iraqi Parliament Doctor Majdah Al-Timimi, the former member of Iraq Central Bank board of directors Mr. Majid Al-Sowairi, and the economist Mr. Basim Jamil Antwan. The session was run by the director of Iraqi Strategic studies Mr. Wathiq Al-Hashimi, as Mr. Ali Al-Talikani, the director of Annabaa Forum for Dialogue, was the session rapporteur along with the participation of many important academic figures, politicians, economists, directors of researches and studies centers and many journalists.

Mr. Ali AL-Talikani said: “there are disagreements in opinions and in numbers mentioned in concern with Iraq domestic and foreign total debts, beside the variance in the real number of debts between the governmental institutions and the financial analysts. All the parties included in this process; ministry of finance, Central bank of Iraq, Legislature and the supervisory authority have never agreed upon the actual figures of the total debts yet. Thus, we, Annabaa Forum for Dialogue, decided to hold a symposium discussing Iraq’s total debts and their consequences and to reveal the actual number of debts upon the adopted data approved by the attendance”.

He added: “what is important to us is to drive away the fear within the various authorities concerned, whether it is the public sector or the private sector. Through the debt crisis and the financial deficit, the symposium went into different issues associated with citizens’ affairs. Thus throughout the program, we tried to identify approximate if not identical figures about the total debts and their risks”.

He referred to the fact that “the researchers have presented a set of evidence over which they perhaps have disagree in terms of the real amount of total debt. Even though all the attendees, participating in the symposium, are sufficiently qualified in the economic field.