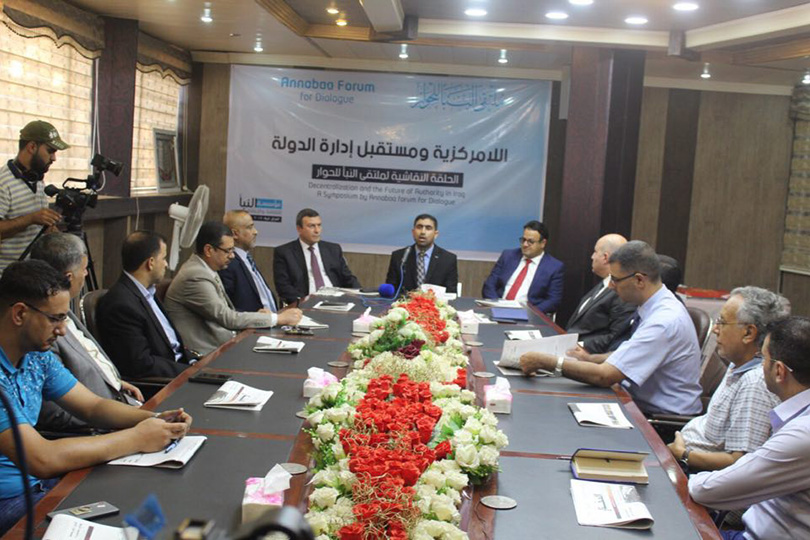 Annabaa Organization for Culture and Media, Karbala province, organized a discussion seminar under the motto “Decentralization and the Future of Government Administration in Iraq”.

The seminar hosted Governor Aqeel Al-Turaihi and member of the Provincial Council Mohammed Al-Talakani, as well as MP Ibtisam Al-Hilali and the director of the United Nations Development Program in the province Mr. Ali Kamouna.

It was, also, attended, by a number of academic and union personalities, in addition to writers, researchers, directors of research centers and representatives of non-governmental organizations, media organs and journalists.

Director of the Establishment and the forum, journalist Ali Al-Talakani, stated that talks were held during the seminar on the decentralization and the future of administering the Iraqi government.

“The discussions were made in an exceptional candid atmosphere”, he confirmed.

Mr. Talakani pointed that moves are made to “get rid of decentralization that lead to tyranny”.

He elaborated pointing that this tyranny resulted in complicated and bureaucratic procedures that affected the people.

“Thus, the centralization is limited in certain powers. Many studies confirmed that the deterioration in services and politics in Iraq are due to centralization, thus the decentralization will oppose unilateral decisions and powers, as well as increasing the possibilities of political participation”, Mr. Talakani added.

On the other side, Mr. Ali Kamouna, the director of the United Nations Development Program in the province, pointed that “decentralization is a tool to reach wise rule, because it is not an end by itself”.

“We feel the importance of building a joint understanding among the strata of the society for the meaning of decentralization, which includes three parties; namely the central government, the local government and the people of the society in all its establishments”, he elaborated.

Mr. Kamouna called for a differentiation between decentralization and federalism, as well as the necessity to ripen an Iraqi model for decentralization stemming from the Iraqi culture, similar to that of the Canadian and British models.