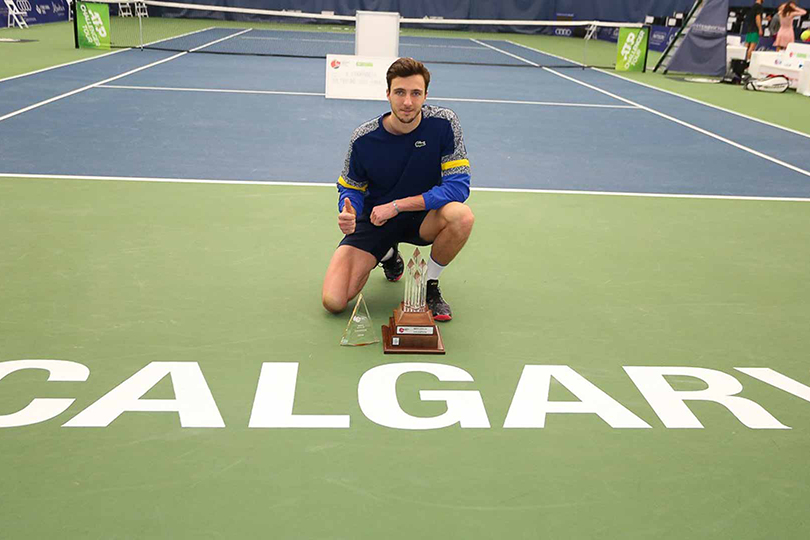 Revisit the week that was on the ATP Challenger Tour, as we applaud the achievements of those on the rise and look ahead to the week to come...

Calgary National Bank Challenger (Calgary, Canada): No player has won more matches on the ATP Challenger Tour in 2020 than Arthur Rinderknech. On Sunday, the Frenchman improved to 16-4 with a victory on the indoor hard courts of Calgary, adding his second crown of the year.

Rinderknech rallied past Maxime Cressy 3-6, 7-6(5), 6-4, avenging a final defeat in Drummondville a week ago. It was in Drummondville that Cressy stormed back from a set down to lift the trophy and this time his French opponent would replicate the feat. Rinderknech converted just one of 11 break chances in the Calgary final, but it was the one that mattered most, as he put away a volley to move ahead 3-2 in the deciding set. He would not look back from there, collapsing to the court and raising his arms in triumph after two hours and seven minutes.

The former Texas A&M University standout has dominated the early stages of the 2020 season. He has reached three finals in six tournaments played, also lifting the trophy on home soil in Rennes. And last week in Drummondville, Rinderknech teamed up with countryman and close friend Manuel Guinard to capture his first career doubles title.

The 24-year-old is up to a career-high No. 160 in the FedEx ATP Rankings, having opened the year outside the Top 300.