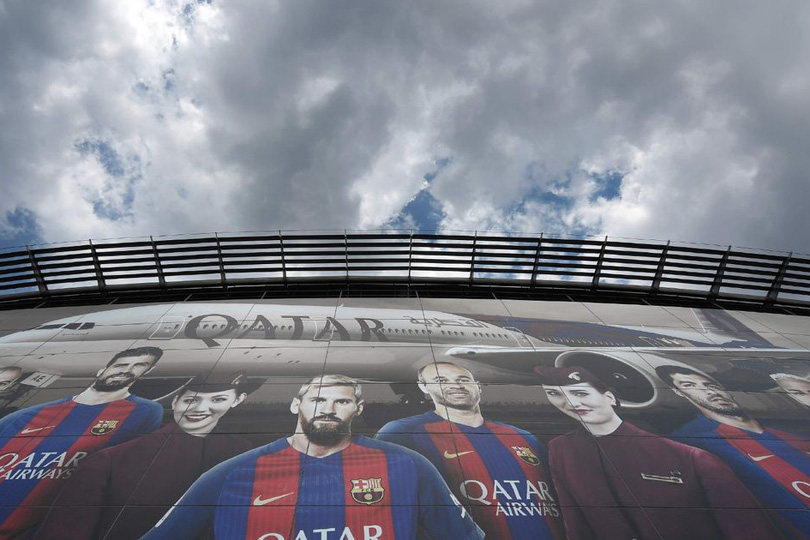 International soccer governance is tying itself up in knots with football associations grappling with the fallout of the Gulf dispute between Saudi Arabia, the UAE, Egypt and Qatar that lays bare the contradictions embedded in their insistence that sports and politics do not mingle.

The contradictions were evident in different responses to the Gulf crisis by world soccer body FIFA and its African affiliate, the Cairo-based Confederation of African Football (CAF). In fact, FIFA was seemingly so tied up in knots that it contradicted itself in a 24-hour span.

Asked whether the Saudi-UAE-led diplomatic and economic embargo of 2022 World Cup Qatar would impact the tournament, FIFA president Gianni Infantino insisted that “the essential role of FIFA, as I understand it, is to deal with football and not to interfere in geopolitics."

Yet, FIFA, on the same day that Mr. Infantino made his statement, waded into the escalating Gulf crisis by removing a Qatari referee from a 2018 World Cup qualifier following a request from the United Arab Emirates.

FIFA, beyond declaring that the decision was taken “in view of the current geopolitical situation,” appeared to be saying by implication that a Qatari by definition of his nationality could not be an honest arbiter of a soccer match involving one of his country’s detractors.

By taking that stand, FIFA in effect was saying that sports and politics were not separate but inextricably intertwined. On an even slipperier slope, the organization also appeared to be judging the referee’s professionalism based on his nationality.

For its part, CAF, in a statement this week warned Egypt’s two top clubs, arch rivals Al Ahli FC and Al Zamalek SC, that they could be penalized if they went through with a declared boycott of BeIN Sports, the Middle East’s prime satellite sports channel that is part of the Qatar-owned Al Jazeera television network.

The two clubs declared their boycott with the support of the Egyptian Football Association (EFA), a CAF member and the host of CAF’s Cairo headquarters.

"The Egyptian FA fully supports the long-awaited decisions of the political administration against an entity that has repeatedly tried to harm our country. In agreement we call on all Egyptian clubs and their personnel to suspend all activities with the Qatari sports channels on all contracts or in programming in rejection of the Qatari attitude,” the EFA said in a statement.

Al Ahli and Zamalek said they were barring BeIN from their premises and news conferences as part of Egypt’s participation in the Saudi-UAE led diplomatic and economic embargo on the Gulf state.

CAF warned that neutrality and a separation of sports and politics was “part of the statutory missions of CAF and FIFA, as well as the obligations of member associations.” It said that it would be “particularly vigilant as regards respect for these principles of neutrality and independence in all future games played under its aegis.” The federation warned that its committees would monitor developments and where necessary take punitive action.

The CAF effort to uphold the fiction of a separation of sports and politics maintained almost universally among international and national sports administrators stands a chance of succeeding as long as Egypt does not follow the UAE and Bahrain in criminalizing expressions of support for Qatar. The Egyptian government, unlike the Gulf states, has also refrained from acting against BeIN.

Wearing a jersey of globally popular Spanish soccer giant FC Barcelona can lead to a 15-year prison sentence in the UAE and/or a fine of up to $136,000 because it carries the logo of Qatar Airways, the club’s foremost sponsor.

Not known for its press freedom, Egypt ranks among the world’s top jailers of journalists and has banned dozens of websites in the walk-up to the embargo, including Qatari-sponsored media like Al Jazeera, whose journalists it has long targeted, alleging that the network supported the banned Muslim Brotherhood.

Economically dependent on Saudi Arabia and the UAE, Egypt is, however, likely to support a Saudi competitor of BeIN once it is up and running. In another demonstration of the incestuous relationship between sports and politics, Saudi Arabia announced earlier this month that it was launching a sports network to replace BeIN. The initiative is part of Saud Arabia’s effort to force Qatar to adopt policies aligned with those of the kingdom, which include shutting more free-wheeling media, including Al Jazeera, that are funded by the Gulf state.

Saudi Media City chairman Muflih Al-Hafatah said the new network was being establish together with Egypt and that its 11 high definition channels were “Egyptian with a 100 percent Saudi capital.” Mr. Al-Hafatah said the channels would charge a fee only if forced to do so because of encryption, but would ensure that it was affordable. BeIN has suffered in countries like Egypt from the fact that many could not afford its cost.

FIFA will likely be an arbitrator in the battle between BeIN and the new Saudi network. Saudi sports lawyer Majid Garoub said the kingdom was attempting to convince the world soccer body that Qatar could not be allowed to have a monopoly in regional soccer broadcasting rights.

"Due to the political situation in the region Saudi Arabia will have to negotiate with FIFA on the rights issues. We will be submitting a report on the developments and FIFA will have to look into it," Mr. Garoub said.

With other words, FIFA and various of its regional associations will be dragged into the Gulf crisis by hook or by crook even if the issue of Qatar’s World Cup hosting rights is not directly addressed. The more soccer associations get sucked into the dispute, the tougher it will be for them to maintain that sports and politics have nothing to do with one another.