What Lifted Trump Could Sink Biden 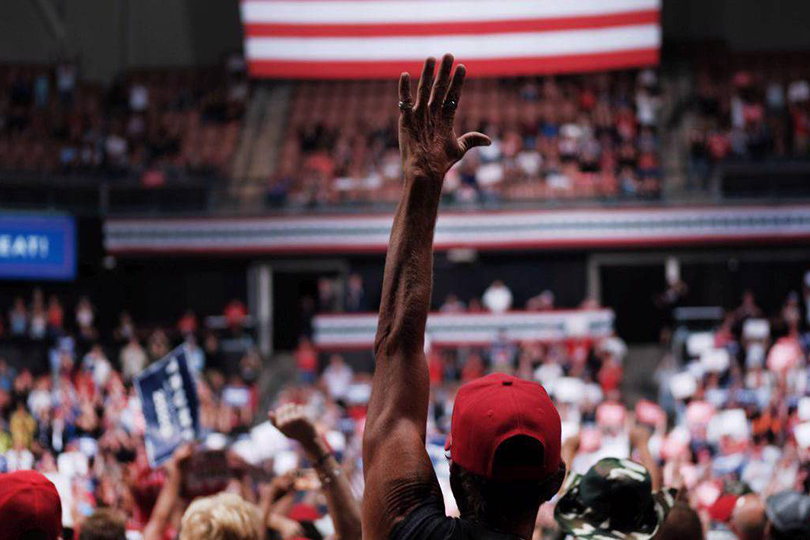 Donald Trump managed to receive 74 million votes despite countless failures for the simple reason that he presided over three years of a high-pressure economy in which wages grew rapidly. If the Democrats ignore this lesson or listen to fiscal hawks already pushing for austerity, they will face a painful reckoning in 2024.

Very few of the people who voted for US President Donald Trump in the 2020 election are plutocrats who benefited from his and congressional Republicans’ tax cut, or even wannabe plutocrats who can hope to benefit from it in the future. Some Trump voters doubtless are very focused on the installation of right-wing judges on the federal bench. But many among the 74 million who voted for Trump did so for other reasons.

The one reason most of them share, however, is that Trump presided during a period when the US economy delivered handsome wage increases for the typical American household. Before the COVID-19 pandemic – and the Trump administration’s utter failure to manage it – wages in the United States were growing faster than at any other time since Bill Clinton was president.

If the US economy fails to deliver similar wage increases over the next four years, those 74 million people (and probably more) will note the differential and vote in 2024 for Trump (if he runs again) or some other Trumpian Republican like Senator Tom Cotton of Arkansas or Senator Josh Hawley of Missouri.

For the sake of comparison, it is worth remembering just how disastrous the 2000-15 period was for US incomes. Whereas the median real (inflation-adjusted) household income in 2000 was $62,500, in 2011 it was a mere $57,000. Only in 2016, President Barack Obama’s last year in office, did the median real household income clear its 2000 peak. And only during the first three years of the Trump presidency did incomes continue growing strongly enough to surpass the previous high tide. In 2019, the median household income was closing in on $69,000, more than 20% above the post-Great Recession nadir, and 10% above the previous Clinton-era peak.

What explains these trends? For starters, between 2001 and 2016, the US government did not emphasize the need to achieve a high-pressure economy that eliminates the economy’s demand shortfall, which is what it takes to deliver large wage increases for typical workers. In 2010, when the Obama administration began its pivot to austerity, it de-prioritized restoring employment to normal levels in the interest of pursuing spending cuts and fiscal consolidation.

At that time, the prime-age employment-to-population ratio was 75%, five points below its level in 2007, and seven points below the 2000 level. On those two previous occasions, there was “full employment” but no wage-push inflation.

In mid-2013, then-Federal Reserve Chair Ben Bernanke announced that the time for extraordinary monetary-policy stimulus was over, thereby delivering a depressive shock to long-term interest rates – the so-called “taper tantrum” – at a time when the prime-age employment-to-population ratio was still under 76%. Then, in 2015, then-Federal Reserve Chair Janet Yellen initiated the most recent cycle of interest-rate hikes, plausibly knocking a percentage point or two off of economic growth just when the recovery looked as though it might be gaining speed, with the prime-age employment-to-population ratio having ticked up to 77%.

Not until late 2019 – fully ten years after the nadir of the Great Recession business-cycle trough – would the US economy return to anything close to full employment. And yet the siren song of austerity can today be heard once again. A growing chorus of commentators is insisting that near-zero interest rates are unnatural, and that the deficit needs to be cut substantially.

Although fiscal hawks admit that financing the deficit and debt is not currently a problem, they worry that the situation could change at any moment. Interest rates could turn on a dime and start rising sharply if investor psychology undergoes one of its sudden shifts. The implication is that we will be in deep trouble unless we take steps now to cut the deficit.

Back in 2012, Lawrence H. Summers, fresh from a stint as Director of the US National Economic Council, and I tried to warn policymakers about the error of this line of thinking. We failed, because the consensus view of what high-quality economists supposedly think (which is different from what they actually think) had already solidified. Policymakers absorbed only one of the two lessons we highlighted: namely, that financing debt is not an issue as long as the demand for safe assets remains high, as that will keep Treasury interest rates low.

The more important lesson that still has not been absorbed is that in a deeply depressed economy, government borrowing and spending boosts the country’s short- and long-run prosperity, and thus expands fiscal capacity by more than it increases the debt burden. Under these conditions, larger deficits drive the ratio of debt to fiscal capacity down, not up. And this is true regardless of whether interest rates are high or low.

Any prosperity-linked economic objective that policymakers seek – whether related to productivity, long-term employment, or income levels – will be easier to attain in a high-pressure economy. If the policy successes and failures of the past generation teach us anything, it is that expansionary fiscal and monetary policies are still among the most powerful tools we have for this purpose.