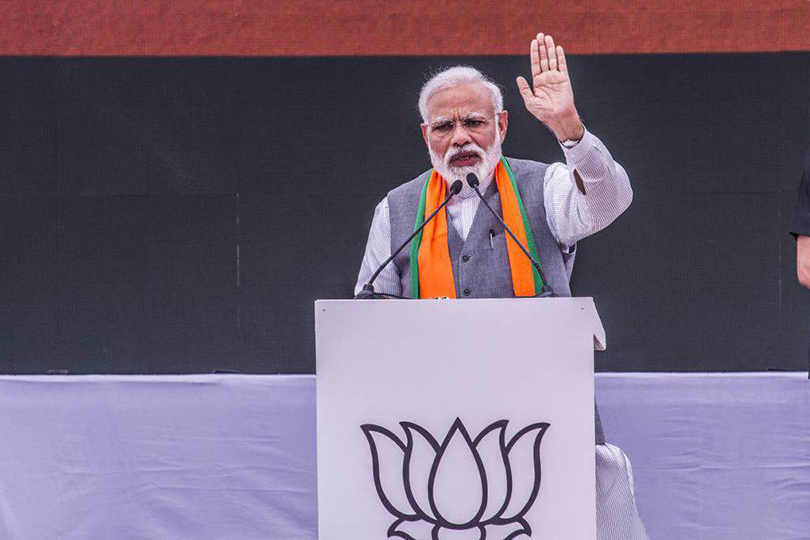 Under Prime Minister Narendra Modi, Indias character is being transformed by a government with no regard for institutions

Under Prime Minister Narendra Modi, India’s character is being transformed by a government with no regard for institutions, understandings, and conventions maintained since independence. If this trend continues, India may well soon cease to be the country which Mahatma Gandhi struggled to free.

Amid much fanfare, Indian Prime Minister Narendra Modi’s government has completed a hundred days of its second term. Despite his government’s poor record, Modi remains immensely popular personally. This does not bode well for Indian democracy.

The Modi government’s supporters tout a slew of new repressive legislation – including the criminalization of talaq-e-biddat, the Muslim practice of “instant divorce” – as a display of resoluteness. Likewise, Modi’s recent abrogation of Jammu and Kashmir’s special status, guaranteed under Article 370 of India’s constitution, was undertaken amid a statewide lockdown. Political leaders were arrested, and telephone and Internet services were suspended. There is no telling what will happen when the lid is taken off the pressure cooker. Yet most Indians are offering unstinting support.

Modi’s supporters have less to say about the economy, which is in free fall, and relations among religious communities, which have never been tenser. (The unmanned Moon landing of which they had hoped to boast failed when the robotic rover crashed on the lunar surface on the eve of the hundred-day anniversary.)1

Modi’s enduring popularity may mystify his critics. Most of the out-of-the-box solutions he has attempted have done more harm than good. For example, his government’sdisastrous demonetization of 86% of India’s currency in 2016 was probably the single biggest blow to the Indian economy since independence, costing millions of jobs and undermining growth. But that does not seem to bother most voters, for whom he comes across as a decisive, no-nonsense leader, willing to break with tradition and attempt bold solutions to India’s intractable problems..

This response has left many in India scratching their heads. Here is a prime minister who has upended practically every civilized convention in Indian politics. He has sent law-enforcement authorities to pursue flimsy charges against opposition leaders, promoted ministers whose divisive rhetoric has left Muslims and other minorities living in fear, and intimidated the media to the point that press coverage of his administration is an embarrassment to India’s democratic culture.

Moreover, Modi’s government has discarded, for the first time in the history of India’s parliamentary standing committees, a bipartisan tradition that accords a member of the leading opposition party the chair of the External Affairs Committee (a position I previously held). Instead, Modi’s Bharatiya Janata Party (BJP) has decided that it will hold its own government accountable.

For many of Modi’s admirers, such flagrant authoritarian displays simply don’t matter. In their view, after decades of too much “soft-hearted democracy” and pandering governing coalitions, a “tough” Indian leader was long overdue. Those of us whose faith in India’s democratic system was absolute now face the sobering realization that its roots may be shallower than we had allowed ourselves to believe.

India is now in the throes of a fervent nationalism that extols every Indian achievement, real or imagined, and labels even the mildest political disagreement or protest “anti-national” or even “seditious.” Almost every independent institution has been hollowed out and turned into an instrument of the government’s overweening dominance.

In the case of the tax authorities, this is less surprising. But now agencies responsible for financial investigations, law enforcement, and the government’s intelligence-gathering machinery, and even famously autonomous bodies like the Election Commission and the judiciary, are not exempt from such concerns.

Under Modi, political freedom is no longer regarded as a virtue. The new standard of social order is control (by the authorities) and conformity (by everyone else). As the scholar and commentator Pratap Bhanu Mehta recently noted, “it is difficult to remember a time” when the “premium on public and professional discourse marching to the state’s tune was as high.”

Predictably, communal relations have worsened dramatically under BJP rule. The alienation of India’s Muslim community is so severe that even some of the government’s staunchest defenders have acknowledged it. For 3,000 years, India was a haven for the persecuted of all nations and faiths. Today, it rejects Muslim Rohingya refugees from Myanmar and publishes a National Register of Citizens that excludes millions of largely Muslim people who were driven to India as refugees after 1971, and their Indian-born children. There are also murmurs of a new push to eliminate the personal laws that minority communities are allowed to retain to govern their family practices, and to adopt “anti-conversion” laws aimed at restricting missionary activity.

Before our eyes, India’s very character is being transformed by a government with no regard for institutions, understandings, and practices maintained since independence. “Boldness,” it seems, is all that matters.

For liberal democrats like me, the increasingly salient concern is that this could be what the Indian public – modestly educated and misguided by the BJP’s skillful propaganda – really wants. As Mehta asks, “Is, somehow, this exaltation of power, control and nationalism a completion of our own deepest desires?”

In any case, if these first hundred days of Modi’s second five-year term are any indication, India may well soon cease to be the country Mahatma Gandhi struggled to free.