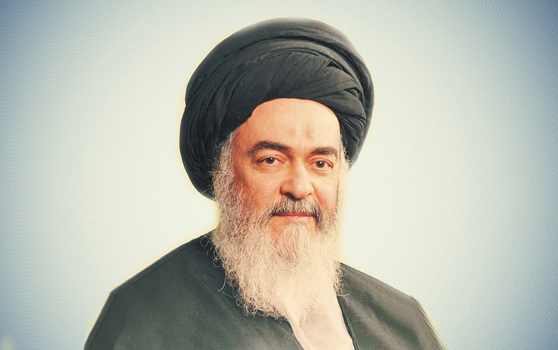 War is defined as “a mutual armed conflict between two countries or more of inconsistent entities that targets reshaping geopolitics to obtain expected and self determined results. Russian military theorist Carl von Clausewitz says in his book concerning war: “continuing operations of political relationships but they stand on different methods”. War is considered as an interaction of two or more opposite forces which have “desires conflict”; this term is used as non- military conflict such as social- class war. Other types of wars are on the spot such as civil war and proxy war.

There are also wars propagandists, wars supporters and theorists who are trying to set up their rules, some of them would go further than that and claim war has great benefits for humanity! Apparently, this claim would be small for a reasonable person as we seen the well documented devastations that wars have left in mankind history. Therefore, it neither meets with man instinct nor his natural tendencies toward living in peace, stability and methods that constantly keeps him ahead.

The great Shia Muslim scholar the deceased Sayed Mohammed Alhusaini Alshirazi, may Allah (swt) be pleased with him, discussed in his valuable book titled (Jurisprudence: sociology 2nd volume) for some of the claims that propagandists and supporters of wars are propagandizing through which they try to prove some of the benefits of wars! As we read in scholar’s AlShirazi’s book that has been mentioned previously that those propagandists believe that wars call for; “unifying nations“; since both parties would be acquainted to each other after the war and finally unite after each one of them discovers the pure intentions of the other. Moreover, those propagandists also believe that war instigates intellectual thoughts to progress: whereas the ideas of the two conflicting parties cross-fertilize that eventually leads intellectualism to progress. Mind is similar to body, so when two persons mate this eventually leads to a new generation which pushes man forward.

Nevertheless, the propagandist and supporters of war remain unsatisfied; they further claim that war helps in developing industry as they come up with several examples to prove their allegations, though we don’t know what kind of mentality that could depict war as a stimulus for industry or any other field to progress! As written in Imam AlShirazi’s book that the propagandists find war to be contributing in: (industry progress; on the one hand, War is where competent individuals can develop their potentials as long as each one them seeks to improve himself, Therefore, over-thinking leads to discoveries and inventions in peace more than its damage in war.

War supporters go further than that as they express very strange opinions; they say war helps in decreasing the number of people as soldiers die in wars, and because of the decrease in population, people can have better chance for luxurious life. We can read about such ideas propagandized by propagandists and supporters of war in Imam AlShirazi’s book since they believe that war helps decreasing the number of people to improve the life standards of the survivors as it raises their luxury.

Perhaps we do not need any additional proofs to prove the oddness of these allegations and how far they are from reason and from man’s instinct at the same time. Undoubtedly, those war propagandists are financially and psychologically empowered by war mongers; there are certain individuals, figures, co-operations, mafias and perhaps countries who cannot reach their goals and targets through peace since they neither respect this form of life nor favor it in a way that is similar to the political class which tends to tensed up situations as we notice that in parties or individuals known as “The Falcons”. This group of people provokes conflicts and disturbances everywhere to spread wars because this helps them to come closer to their political and economical goals despite the enormous causalities and financial losses.

The strangest part in what war supporters claim is that war causes an industrial progress for the conflicted countries and for the entire world! How skillfully these ideas are made up! And how inferior man’s thoughts and intention can be! Instead of admitting the horrible aftermath of the wars, the propagandists of war detestably keep insisting that war helps man in the industrial progress.

We also read in the same book of ayat. AlShirazi that the supporters of war claim that war leads to renovate cities, castles and so on, to rebuild them after they were ruined by war, and to renew furniture and house properties as well.

No Gains from Wars

Imam AlShirazi falsifies all those allegations said by propagandists, mongers and politicians of wars beside the ones who cling to it and the one benefit from it, he says: “nations are unified only by common culture, not by killing or unjustly dominating each other, or having peace and truce between them. (The healthy atmospheres help science and scientists to develop industry, encourage building laboratories and it excite scientists with money, competition and so on, as far as the give the same results of war but with no damages or causalities), he adds.

Destroying cities and wasting money in burned weapons and destroyed properties as an instrument for developing man and his welfare. Imam AlShirazi confirms that by saying: “Improving man’s condition lies not into wasting money in destruction and desolation. It has been reported that countries spend a billion dollar on arming per day, what a huge amount of money spent on destruction instead of being spent on Man’s welfare!”

These huge billions wasted on wars cannot help man to develop, especially the wide classes of poor people; money spent on wars for buying weapons and for making bargains worth of billions on the pretext of defending countries and homelands that does not pay off positively for the good of peoples and poor classes. But on the contrary, it goes to the credit of companies and rich people in the world; many or most of those belongs to the political ruling class of countries and nations. Therefore, it is impossible that money spent on wars that would meet the benefits the other non-ruling wide classes. And what might be the strangest part is the claim of propagandists of war that it “renovates cities and furniture”. Actually, we do not know how wars would do that despite its flames burn up everything?

Imam AlShirazi wonders in the same book of his about renovating cities as he says: “why do we renovate cities and furniture with destructions? Is not it better to renovate it with the money spent on destruction and extravagance? It is a reasonable wondering that invites to an immediate stop of wasting the money of people and the underdog nations. Perhaps the current situation of Iraq, Syria and some other close countries, confirms the presence of wars supporters and even wars makers, where the fiercest civil and organized wars take place in our territories. Yet, it is an industry with clear outlines and obvious goals, since this sectarian war are made by the masters of disturbance to absorb countries’ resources and to take over nations’ fortune through disturbance and deceptive wars which is true only in consuming nations’ fortunes on the pretext of assuring stability”. Therefore, Imam AlShirazi disproved all these allegations two decades before they took place.

Were Iran and the United States Really ‘On the Brink’? Observations on Gray Zone Conflict

How Can the Arab World Avoid the Abyss?