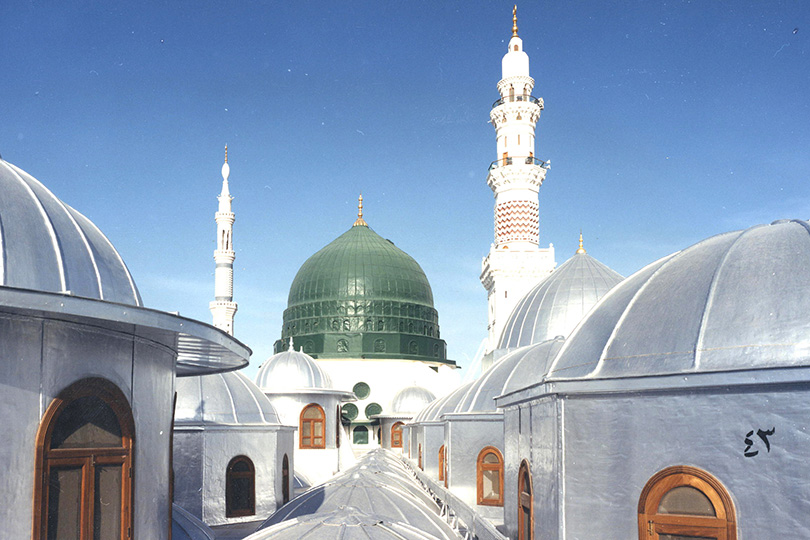 Publishing the Quran and making it available in translation was a dangerous enterprise in the 16th century, apt to confuse or seduce the faithful Christian. This, at least, was the opinion of the Protestant city councilors of Basel in 1542, when they briefly jailed a local printer for planning to publish a Latin translation of the Muslim holy book. The Protestant reformer Martin Luther intervened to salvage the project: There was no better way to combat the Turk, he wrote, than to expose the "lies of Muhammad" for all to see.

The resulting publication in 1543 made the Quran available to European intellectuals, most of whom studied it in order to better understand and combat Islam. There were others, however, who used their reading of the Quran to question Christian doctrine. The Catalonian polymath and theologian Michael Servetus found numerous Quranic arguments to employ in his anti-Trinitarian tract, Christianismi Restitutio (1553), in which he called Muhammad a true reformer who preached a return to the pure monotheism that Christian theologians had corrupted by inventing the perverse and irrational doctrine of the Trinity. After publishing these heretical ideas, Servetus was condemned by the Catholic Inquisition in Vienne, and finally burned with his own books in Calvin's Geneva.

During the European Enlightenment, a number of authors presented Muhammad in a similar vein, as an anticlerical hero; some saw Islam as a pure form of monotheism close to philosophic Deism and the Quran as a rational paean to the Creator. In 1734, George Sale published a new English translation. In his introduction, he traced the early history of Islam and idealized the Prophet as an iconoclastic, anticlerical reformer who had banished the "superstitious" beliefs and practices of early Christians — the cult of the saints, holy relics — and quashed the power of a corrupt and avaricious clergy.

Sale's translation of the Quran was widely read and appreciated in England: For many of his readers, Muhammad had become a symbol of anticlerical republicanism. It was influential outside England too. The U.S. founding father Thomas Jefferson bought a copy from a bookseller in Williamsburg, Virginia, in 1765, which helped him conceive of a philosophical deism that surpassed confessional boundaries. (Jefferson's copy, now in the Library of Congress, has been used for the swearing in of Muslim representatives to Congress, starting with Keith Ellison in 2007.) And in Germany, the Romantic Johann Wolfgang von Goethe read a translation of Sale's version, which helped to color his evolving notion of Muhammad as an inspired poet and archetypal prophet.

In France, Voltaire also cited Sale's translation with admiration: In his world history Essai sur les mœurs et l'esprit des nations (1756), he portrayed Muhammad as an inspired reformer who abolished superstitious practices and eradicated the power of corrupt clergy. By the end of the century, the English Whig Edward Gibbon (an avid reader of both Sale and Voltaire) presented the Prophet in glowing terms in The History of the Decline and Fall of the Roman Empire (1776-89):

The creed of Mahomet is free from suspicion or ambiguity; and the Koran is a glorious testimony to the unity of God. The prophet of Mecca rejected the worship of idols and men, of stars and planets, on the rational principle that whatever rises must set, that whatever is born must die, that whatever is corruptible must decay and perish. In the author of the universe, his rational enthusiasm confessed and adored an infinite and eternal being, without form or place, without issue or similitude, present to our most secret thoughts, existing by the necessity of his own nature, and deriving from himself all moral and intellectual perfection … A philosophic theist might subscribe the popular creed of the Mahometans: A creed too sublime, perhaps, for our present faculties.

But it was Napoleon Bonaparte who took the Prophet most keenly to heart, styling himself a "new Muhammad" after reading the French translation of the Quran that Claude-Étienne Savary produced in 1783. Savary wrote his translation in Egypt: There, surrounded by the music of the Arabic language, he sought to render into French the beauty of the Arabic text. Like Sale, Savary wrote a long introduction presenting Muhammad as a "great" and "extraordinary" man, a "genius" on the battlefield, a man who knew how to inspire loyalty among his followers. Napoleon read this translation on the ship that took him to Egypt in 1798. Inspired by Savary's portrait of the Prophet as a brilliant general and sage lawgiver, Napoleon sought to become a new Muhammad, and hoped that Cairo's ulama (scholars) would accept him and his French soldiers as friends of Islam, come to liberate Egyptians from Ottoman tyranny. He even claimed that his own arrival in Egypt had been announced in the Quran.

Napoleon had an idealized, bookish, Enlightenment vision of Islam as pure monotheism: Indeed, the failure of his Egyptian expedition owed partly to his idea of Islam being quite different from the religion of Cairo's ulama. Yet Napoleon was not alone in seeing himself as a new Muhammad. Goethe enthusiastically proclaimed that the emperor was the "Mahomet der Welt" (Muhammad of the world), and the French author Victor Hugo portrayed him as a "Mahomet d'occident" (Muhammad of the West). Napoleon himself, at the end of his life, exiled on Saint Helena and ruminating on his defeat, wrote about Muhammad and defended his legacy as a "great man who changed the course of history". Napoleon's Muhammad, conqueror and lawgiver, persuasive and charismatic, resembles Napoleon himself — but a Napoleon who was more successful, and certainly never exiled to a cold windswept island in the South Atlantic.

The idea of Muhammad as one of the world's great legislators persisted into the 20th century. Adolph A. Weinman, a German-born American sculptor, depicted Muhammad in his 1935 frieze in the main chamber of the US Supreme Court, where the Prophet takes his place among 18 lawgivers. Various European Christians called on their churches to recognize Muhammad's special role as prophet of the Muslims. For Catholics scholars of Islam such as Louis Massignon or Hans Küng, or for the Scottish Protestant scholar of Islam William Montgomery Watt, such recognition was the best way to promote peaceful, constructive dialogue between Christians and Muslims.

This kind of dialogue continues today, but it has been largely drowned out by the din of conflict, as extreme-right politicians in Europe and elsewhere diabolize Muhammad to justify anti-Muslim policies. The Dutch politician Geert Wilders calls him a terrorist, pedophile, and psychopath. The negative image of the Prophet is paradoxically promoted by fundamentalist Muslims who adulate him and reject all historical contextualization of his life and teachings; meanwhile, violent extremists claim to defend Islam and its prophet from "insults" through murder and terror. All the more reason, then, to step back and examine the diverse and often surprising Western portraits of the myriad faces of Muhammad.

How Imam Ali (As) Describes The Prophet Mohammed (PBUH)