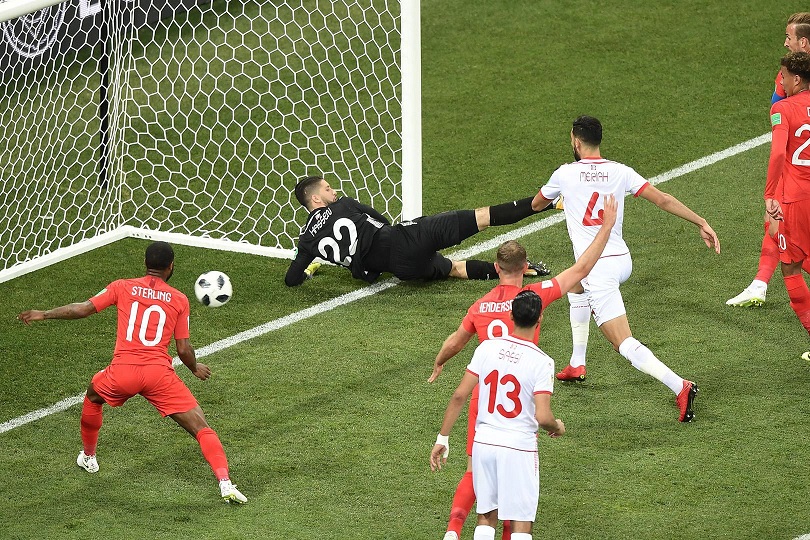 Watching nail-biting sports dramas play out this summer, you may struggle to see any parallel with your own career.

What could a teacher, lawyer or engineer possibly learn from elite sports stars like a Raheem Stirling or a Simona Halep?

Yet some organisational scientists believe the rise of certain athletes – and footballers in particular – can offer success strategies for everyone, with some particular insights into a phenomenon known as the “Big-Fish-Little-Pond effect”.

In a nutshell, this theory examines the ways that we capitalise on our potential, depending on the people who surround us.

Is it better to enter a prestigious company, for instance, where the large pool of talent may include some intimidatingly talented colleagues? Or should you settle for a humbler organisation, where you may find that you are king of the small fry?

The beautiful game turns out to offer an ideal environment to test the idea. “We believe that football is the perfect lab to examine a lot of career-related questions,” says Jie Gong at the National University of Singapore, who recently conducted a study of the Big-Fish-Little-Pond effect in the English Premier League, “since we can observe every player’s entire career history.”

Recent graduates, in particular, might want to pay attention.

Top of the class

The Big-Fish-Little-Pond effect was initially conceived from observations of selective schooling, in which children are often put into different streams according to their abilities. In the UK, for instance, many children still take the 11-plus exam, a test that determines whether a child gets in to a more prestigious school based on their academic ability.

You might hope that this success would inspire the brighter children to take even more care over their education. Unfortunately, humans are jealous creatures and have a nasty habit of comparing their abilities with the people right next to them. This means that a child in the “high-ability classes” (the little fish in the big ponds) will often feel less confident about their academic potential, compared to someone of equal ability who was not surrounded by high-achievers (the big fish in the little ponds). Far from being an ego boost, attending a prestigious school can actually make you feel more stupid, quenching their motivation and reducing their chances of success.

The writer Malcolm Gladwell famously popularised this research in his bestselling book David and Goliath, but it is only recently that scientists have documented hard evidence for the long-term consequences of these self-perceptions. “The previous research didn’t observe people’s actual career decisions,” says Benjamin Elsner at University College Dublin, Ireland.

Inspired by Gladwell’s book, Elsner is now working to fill in that gap in our understanding of phenomenon. He has shown that a pupil’s rank within their high school (compared to other students) predicted their decisions to continue education and enter university, and their future career expectations, even when they are perfectly matched for their raw intelligence.

Consider two children, equally bright, one of whom appears to be relatively mediocre at a more competitive school, and one of whom scores far above average at a less competitive school. Elsner’s research shows the latter child will be more likely to continue their education, just as the Big-Fish-Little-Pond effect would predict.

Through extensive questionnaires, Elsner’s team found that these decisions were directly linked to the expectations that come with a higher or lower rank. “If someone has a low rank, they’ll think their academic career is not going anywhere anyway, and they might just choose not to go to college.”

These feelings can also spill over in to kids’ extracurricular activities: Elsner’s studies reveal that lower-ranking pupils are more likely to smoke, drink and have unprotected sex, and to hang out with other rebels – when, in another class with less competition, a pupil of equal ability would be less likely to engage in these high-risk activities. “If you perceive yourself as smarter, engaging in risky behaviours has a greater ‘opportunity cost’ to you,” says Elsner. “Whereas if you think you’re not very smart anyway, you think it doesn’t really matter.”

Although Gong’s study of English Football League is one of the first to explicitly examine the Big-Fish-Little-Pond effect in sport, there have long been some clues that it could influence your chances of being a top athlete.

Consider an American and Canadian study that analysed where 2,240 professional athletes from the National Hockey League, National Basketball Association, Major League Baseball, and the Professional Golfers’ Association grew up and when they were born. In each case, the researchers found that the professional players were far more likely to come from relatively small cities – where they could have a better chance of rising to the top of a smaller league – rather than bigger cities.

Around half the US population come from cities with fewer than 500,000 people, for instance, yet the researchers found that these cities provided a whopping 87% of all NHL players, with similar figures for the MLB and PGA. That’s a huge over-representation. The NBA was slightly more balanced, but not by much: overall, 71% of the players came from those smaller cities – over 20% more than you would expect from chance alone.

There is also some evidence that elite tennis players are more likely to come from less populous areas. (To pick two potential examples: Rafael Nadal comes from Manacor – a town of fewer than 40,000 people – while Sloane Stephens grew up in Fresno, California, which just falls short of the 500,000 population threshold.)

Many factors may help to explain why smaller cities are so effective at nurturing talent. Perhaps they offer more areas where children can play safely, compared to a bigger metropolis with higher incidences of crime. But at least some of the benefits might come from the Big-Fish-Little-Pond effect, and the additional opportunities that may come from starting out as a top player in a smaller league.

The most compelling evidence for these effects in sport, however, comes from Gong’s study of English football.

The study in question compared the teams that had only just managed to stay up in the Premier League by the skin of their teeth, with those that were relegated to the First Division – representing a forcible move from a big to a little pond.

Intuitively, we would expect relegation to cast a shadow on the players’ self-belief and their reputation – in much the same way that we might expect a failed 11-plus exam to discourage a child’s academic achievement. But this was not what Gong’s team found. Although relegation inevitably meant that the team lost some of their most prized (and costly) players, the remaining players tended to enjoy about 12% more play time as a result, allowing them a greater opportunity to practice their skills.

“Previously they were warming the bench, but now they can actually play in a prominent position,” Gong says. And this increase in on-job-experience came with long-term benefits to their career. “Five to seven years after relegation, they played in better clubs and they earnt more.”

Gong emphasises that these benefits mostly came for the younger players (aged 18-24). “If they were more mature, more established players at relegation, they don’t see this advantage – though we don’t see any disadvantages either.”

She suggests that Andy Carroll, who began his career as a striker for Newcastle United in 2006, best exemplifies this research. “He mostly played as a substitute – he was a benchwarmer. Then the club were relegated, and because the top team strikers left, Carroll was promoted at the age of 20.” By 2011, he transferred to Liverpool for a whopping £35 million – making him the most expensive footballer to date (at that time).

Unfortunately, it is currently extremely difficult to track most people’s working lives in such detail, meaning that we have little evidence of these dynamics in other industries. “Other professions – they don’t really have the data to document this kind of pattern,” says Gong.

But her team strongly believe that the Big-Fish-Little-Pond effect will be found in many other careers, particularly fiercely competitive sectors – such as law or management consulting – where you are constantly vying with your peers for the best opportunities to showcase your talents.

“We think that it applies to industries where front-line experience is very important – and where the opportunity to gain that experience is limited within a firm,” she says. “In management consulting, say – the most valuable cases are usually awarded to the best consultant. And if you end up in a top firm but a mediocre worker, then you are going to have less chance to interact with those valuable clients.”

As Gong’s study of Premier League players shows us, the Big-Fish-Little-Pond effect will be particularly important when you are at the very start of your career – meaning that recent graduates would do well to take note. Gaining an internship at a more prestigious company may feel like the essential first step, but in the long-term, you may benefit more from honing your skills in shallower waters.