When is Fighting Corruption Worth It? 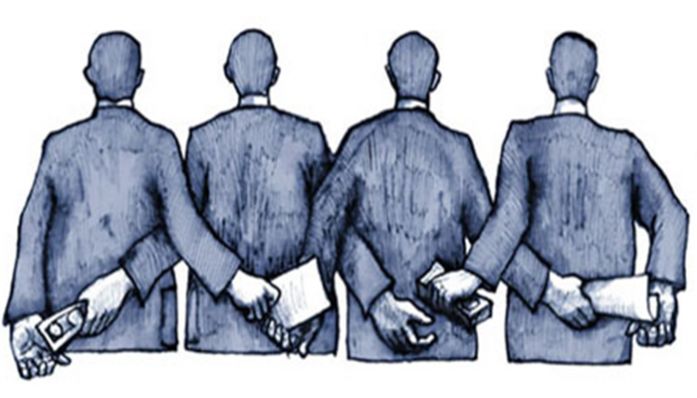 COPENHAGEN – Some $1 trillion was lost to corruption last year. This is money that was not available for expanding health care, broadening access to education, improving nutrition, or cleaning up the environment. According to Transparency International, 68% of the world’s countries have a serious corruption problem, and no country is completely immune.

Corruption is one facet of poor governance; indeed, it correlates with ineffective public administration, weak accountability, low transparency, and inconsistent implementation of the rule of law. So it is little wonder that the United Nations’ brand-new Sustainable Development Goals, coming into force this year, aim to fight it. Nonetheless, the SDGs represent a departure from the previous development framework, the Millennium Development Goals, which contained no explicit targets relating to corruption.

Success would have myriad benefits: better public service, higher economic growth, greater faith in democracy. In an ongoing global poll that has so far attracted 9.7 million responses, “an honest and responsive government” is the fourth most popular policy priority, with only education, health care, and better jobs rated higher.

The problem is that the SDGs have so many targets – 169 in total – that they promise virtually everything to everyone. Without enough time or resources to focus on everything, countries will prioritize. My think tank, the Copenhagen Consensus Center, has worked with more than 60 teams of experts to analyze the promised targets to identify what each would cost and achieve, so that prioritization can be better informed.

Nobel laureate economists examined this new research and identified 19 super-targets that would do the most good for the world for each dollar spent. These include achieving universal access to contraception, stepping up the fight against tuberculosis, and expanding preschool access in Sub-Saharan Africa. The economists recommended that the world’s donors and governments focus first on these investments.

The UN’s 12 corruption and governance-related targets weren’t among these phenomenal investments. One reason is that several of the UN’s “targets” in these areas are so broad as to be meaningless. Indeed, it is all very well to say that we want to “develop effective, accountable and transparent institutions at all levels,” and to “substantially reduce corruption and bribery in all their forms,” but where do we start?

Despite many years of effort, no simple path to achieving good governance or corruption-free institutions has been cleared. One challenge is that experts do not agree on whether good governance or development should come first. Historically, good institutions such as secure property rights and the rule of law were seen as the single most important factor driving variation in the wealth of countries, and more corruption was associated with lower growth. But more recent analyses have shown that it could just as easily be that higher wealth and economic growth lead to better governance.

A study of 80 countries where the World Bank tried to reduce corruption revealed improvement in 39%, but deterioration in 25%. More disturbing is that all of the countries the World Bank didn’t help had similar success and failure rates – suggesting that the Bank’s programs made no difference.

But the experts enlisted by the Copenhagen Consensus Center found one governance-related target that actually would do some good for each dollar spent: “By 2030, provide legal identity for all, including birth registration.” That may seem like a very unambitious target compared to eliminating all corruption or creating transparent institutions everywhere. But in many developing countries, achieving the measurable target of universal legal identity would make a real difference.

Achieving this target requires functioning public services to provide registration facilities and maintain records. Establishing such institutional capacity would create a clear model for how other services could be provided effectively. In practice, a functioning registration service would almost certainly not exist in a vacuum, and thus would be a sign of emerging administrative competence.

But this is not just about bureaucracy; there are real benefits for citizens. They can claim legal rights, including property rights, which are vital to allow individuals to prosper and the economy to grow. Likewise, elections become less vulnerable to corruption and fraud when voters are properly registered.

If we want to place a high priority on fighting corruption, we should not settle for overly broad, well-meaning slogans. We should work on specific, proven, and effective approaches such as providing legal identity for all.

But we also have to confront the possibility that when it comes to helping the world’s poor, anti-corruption policies may not be the best place to spend our money first. This is partly because there are much more effective ways to tackle problems like tuberculosis or access to contraception, and partly because current anti-corruption policies are expensive and do little or no good.

This is not to deny that corruption hits the world’s poor hard. But there are many challenges, from lack of healthcare to starvation and pollution, that also hurt the poor but that we can address more effectively.

Focusing on what we can do well seems less impressive than promising everything to everyone – until it’s time to deliver. .Those who prioritize properly will end up helping many more people

* Bjørn Lomborg, a visiting professor at the Copenhagen Business School, is Director of the Copenhagen Consensus Center, which seeks to study environmental problems and solutions using the best available analytical methods.

Bjørn Lomborg, a visiting professor at the Copenhagen Business School, is Director of the Copenhagen Consensus Center, which seeks to study environmental problems and solutions using the best available analytical methods.