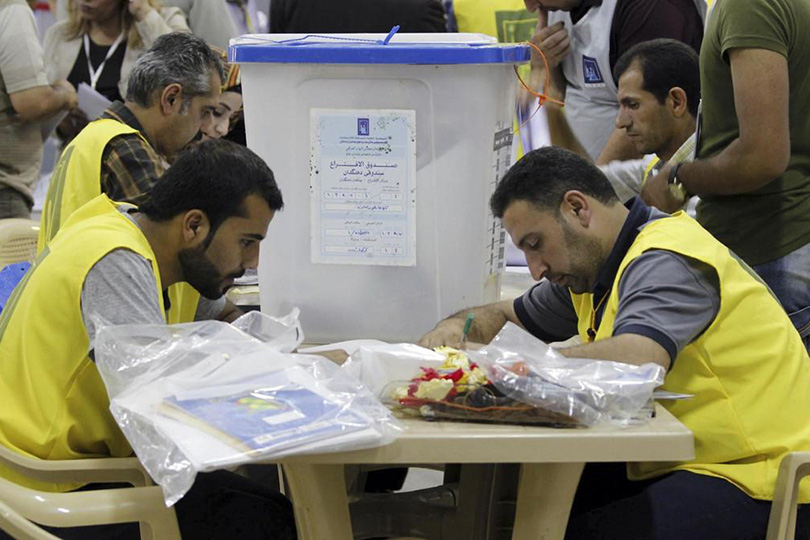 Authority, in Iraq, has always showed it presence across state’s institutions. If we want to analyze this presence and its influence, we will find a series of actions that would sum up the state of failure in rebuilding the state and its institutions, and a large number of examples can prove that.

Yet, with the upcoming Iraqi elections in October 2021, a growing fear comes as violent incidents became a source of tension that would reflect on the course of democratic practice as has been done previously when the last elections turnout has decreased. These practices has reflected on people’s trust in the government and in the political elite. In the last election in 2018, the turnout has reached only 44% and some says it is much less than that. However, it is the least election turnout since 2005.

In this article, we will discuss series of prospects that may coincide with the elections in the short term and after forming the government:

1- Iraq’s neighboring countries would prefer a weak government to ensure their intervention in the country's affairs.

2- Some laws and procedures are still unclear and hinder the election process. There is widespread criticism of the preferences of the large political blocs, which has made it difficult for new candidates on small lists to compete with them.

3- There are dangers lurking in stances and statements during the pre- and post-election phases that could undermine the relations between the political components and thus lead to unrest.

4- There is still a lack of confidence in the work of the Electoral Commission and it is constantly subjected to widespread accusations and criticism, to the extent that some candidates and observers talked about falsification of results, poor investigation of irregularities, hacking of the electronic voting system, and the prevalence of electoral money.

5- There are fears of delaying the formation of the government after the elections, and the insistence of the losing forces to undermine the results because of their failure to secure their positions in the new government.

Elections are a milestone in any democracy. After nearly two decades of conflict, violence, and terrorism, Iraqis deserve responsive and inclusive governments that address their concerns and promote prosperity and security. It is now time to put the country on the path of stability and hold fair elections that take into account the good electoral system, administration, popular education and close monitoring, and that the leaders have a mentality focused on the essence of democratic governance, belief in the rules of the game and with high credibility.