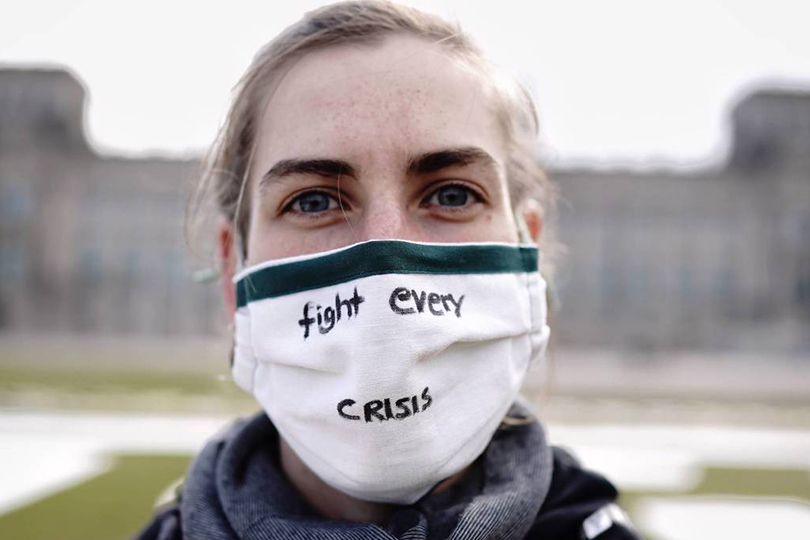 While both remind us that the Anthropocene epoch may jeopardize our continued existence, and that benign everyday behavior can result in catastrophic outcomes, such similarities must not obscure crucial differences.

Both the COVID-19 crisis and the climate crisis highlight the limits of humanity’s power over nature. But while both remind us that the Anthropocene epoch may jeopardize our continued existence, and that benign everyday behavior can result in catastrophic outcomes, such similarities must not obscure crucial differences.

Die-hard green militants regard it as obvious: the COVID-19 crisis only strengthens the urgent need for climate action. But die-hard industrialists are equally convinced: there should be no higher priority than to repair a ravaged economy, postponing stricter environmental regulations if necessary. The battle has started. Its outcome will define the post-pandemic world.

Both the public-health crisis and the climate crisis highlight the limits of humanity’s power over nature. Both remind us that the Anthropocene epoch may end badly. And both teach us that benign everyday behavior can result in catastrophic outcomes.

Defying linear reasoning, the pandemic and climate change both force us to adapt to situations where a little more leeway results in a lot more damage. As the climate economist Gernot Wagner has noted, the pandemic in a sense replicates climate change at warp speed. This may explain why public opinion overwhelmingly considers global warming as serious a threat as COVID-19 and wants governments to emphasize climate action in the recovery.

The pandemic has also provided a crash course on the collective implications of individual behavior. Each of us has been compelled to recognize that our responsibilities vis-à-vis the community are more profound and cannot be fulfilled merely by paying taxes and making a few donations. This “pay and forget” attitude is clearly inappropriate in a public-health crisis – and in a climate crisis.

Moreover, the last few weeks have highlighted the narrowness of the state-versus-markets perspective on the challenge we face. As the economists Samuel Bowles and Wendy Carlin have argued, the solution will not come from some combination of government decrees and market incentives. Communities whose members behave responsibly and gratefully toward one another are an indispensable part of the response. Even though the fundamental contribution of social capital and norms is not recorded in national accounts, we acknowledge it every time we applaud health-care and other essential workers. And, again, this applies to climate change as well.

But while we must recognize these strong commonalities, we must also not overlook the obstacles to a transformation of our economic model created by the COVID-19 crisis. If anything, impediments to climate action will be even more formidable in the post-pandemic era than they were a few weeks ago.

For starters, climate action is inherently global, whereas the fight against a pandemic has a much more local character. To burn a ton of carbon has exactly the same effect on Earth’s temperature wherever it is burned – which is why fighting climate change requires global agreements.

The same does not apply to the pandemic. Prudent individual behavior benefits relatives more than neighbors, neighbors more than residents of the same city, and compatriots more than foreigners.

Climate protection and public-health protection thus tap fundamentally different impulses. One leads us to regard ourselves as responsible citizens of the world, the other takes us back to our local roots and the (often imaginary) shelter provided by national borders.

For example, some 84% of French citizens nowadays support keeping the country’s borders closed to foreigners. It is by no means certain that after the COVID-19 trauma, people will display more readiness to change their behavior for the benefit of mankind and future generations. This is a first source of tension.

The second, acute tension will emerge on the economic front. As the lockdown ends, policymakers will increasingly emphasize reviving economic growth and employment. The overriding priority of all governments will understandably be to minimize the socioeconomic scars left by the crisis by ensuring that every business that can restart will restart.

To the great dismay of those who would wish to rebuild rather than repair, this is an undisputable priority. In an emergency, credit guarantees and income support for furloughed workers can be provided only across the board, rather than conditioned on commitments regarding future behavior. As planes are stranded and passengers have vanished, no government is willing to condition financial support for airlines on fundamental changes by them. Today is for firefighters, not architects.

The right moment to influence the course of economic development will come later, when investment resumes and the horizon lengthens. Companies will presumably be willing to listen to the voice of those who helped them survive.1

But a third tension will arise when people realize how much poorer the crisis has made them. Many firms will have failed and many workers will have lost their jobs. More resources will need to be devoted to strengthening health systems and industries, at the expense of current consumption. And public debt – also known as future taxes (or, alternatively, future inflation) – will have increased by 20-30 percentage points of GDP.