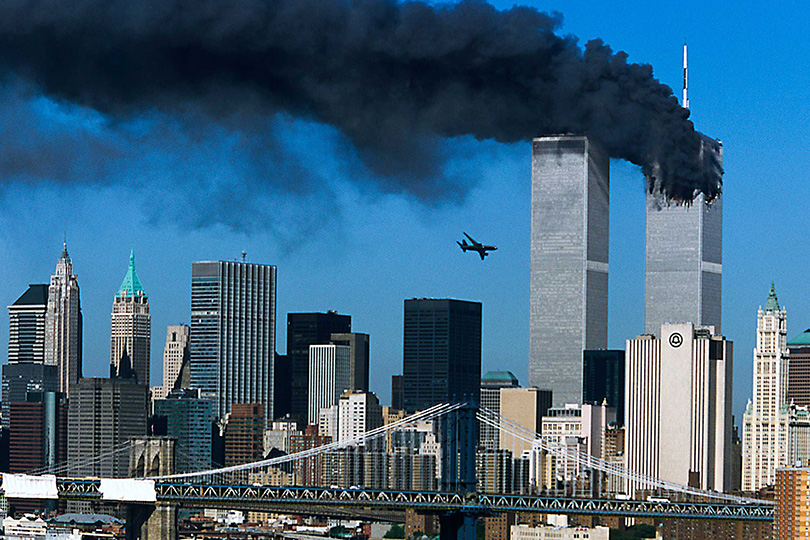 “Those who would give up essential liberty, to purchase a little temporary Safety, deserve neither Liberty or Safety.” Benjamin Franklin

American leaders used to claim often that America is “a city on a hill.” They meant that was a beacon of hope and freedom for the world.

These freedoms were enshrined in the US Constitution – freedom of speech, freedom of religion, freedom of assembly, freedom from unjust arrest, freedom from being held in jail without charges or the chance to gain release by bail. The freedom of being secure in your person, and property, and the freedom to protect those rights even with firearms.

Unfortunately, many are realizing that in the twenty years since 9/11, many of these freedoms have been trampled upon as government has used the terrorist threat of 9/11 to institute a raft of measures that have lessened what it means to be an American.

Meanwhile, the intelligence services like the NSA and FBI monitor everything that is being discussed on the internet.

Then, there is the growing threat to American lives by Covid and those who want to use it to pry Americans from their liberties.

For instance, although the Fourth Amendment of the Constitution says that the people will be secure “in their persons,” Americans are finding that the federal government is trying to force the mandatory vaccination of all people in the US.

Obviously, it appears that liberty has been sacrificed for security against terrorists and Covid.

The American Civil Liberties Union (ACLU) said in testimony before the US Senate, “We are in danger of allowing ourselves to be governed by our fears rather than our values…How else can we explain the actions of our government.

Although the response to 9/11 was the US Patriot Act, which was described as allowing the US government to conduct surveillance on terrorists, many on both sides of the political spectrum were worried that it was opening the door to spying on Americans. The government response by a Department of Justice spokesman was, “US citizens can’t be investigated under this act.” And “the standard of proof before [the Foreign Intelligence Surveillance Court] is the same as it has always been.”

The concerns were justified. In fact, it was false FBI records that were presented to the Foreign Intelligence Surveillance Court to get permission to spy on many including the Trump campaign. The FBI agent who committed this crime wasn’t fired or sent to jail.

Since 9/11, nearly every safeguard against government overreach has been sidestepped. The Future of Freedom Foundation stated, “the US government has posed a greater threat to our freedoms than any terrorist, extremist, or foreign entity ever could…While nearly 3,000 people died in the 9/11 attacks, the US government and its agents have easily killed at least ten times that number of civilians in the US and abroad since 9/11 through its police shootings, SWAT team raids, drone strikes, and profit driven efforts to police the globe…The American people have been treated like enemy combatants, to be spied upon, tracked, scanned, frisked, searched, subject to all manner of intrusions, intimidated, invaded, raided, manhandled, censored, silenced, shot at, locked up, denied due process, and killed.”

Although these tools granted under the Patriot Act were to fight the war on terror, now that Biden has declared the end of the war in Afghanistan, these tools for government surveillance still are in place and there is no rush by the federal government to relinquish them. In fact, the government is merely using them as tools in other political agendas like Covid, the environment, racial theory, and gun ownership.

One of the most controversial uses of these new government powers is in the war against Covid. Where “no fly lists” were designed to prevent terrorists from getting on a plane, there is now a bill in Congress to refuse to let anyone not fully vaccinated fly in the US.

Since anyone can be put on the “no fly list” for any reason (including the person’s political views) without any legal proceeding or opportunity to defend oneself, some want to use the list to forbid gun ownership, even if the person has a clean record and has never been arrested.

This “no fly list” isn’t limited to aircraft. The Transportation and Safety Administration now screens people who travel by train or bus. There was even a suggestion that non vaccinated people should not be allowed to cross state lines.

The surveillance state has only grown as the federal government has subsidized closed circuit TV networks in stores, businesses, and public streets. These are then tied into artificial intelligence that identifies the people in the picture with facial recognition technology and runs it against outstanding arrest warrants.

Of course, many don’t see a problem with this as they feel only those with something to hide would oppose such surveillance.

That is until one gets caught in the web.

The problem was that the person in the picture didn’t resemble the person they raided. The lady put the picture up next to her face and challenged the female agent to say it was her. The lady in the picture had a different ear lobe structure. The agents left but confiscated several electronic items. They also confiscated a pocket copy of the US Constitution, since federal agents thought it could be considered “paperwork related to planning violence.”

Obviously, the technology used to entrap Americans is still unreliable.

Not only are mistakes taking place that will permanently ruin people’s reputations, but the government is also using some of the anti-terror legislation to attack and neutralize its political opponents.

On the same weekend that the Taliban took Kabul, the Department of Homeland Security put out a list of extremists that pose the greatest terror threats to America. ISIS, the Taliban nor al Qaeda was not on the list.

Number one on the list was people who do not want to take the Covid vaccine. Others who have been considered terrorist are white, conservative, veterans who own guns and support former President Trump.

Federal attempts to infiltrate some of these groups has become nearly comical. Last year there were arrests of some people were accused of wanting to kidnap the Governor of Michigan. Although the original arrests made headlines, the rest of the story has been hidden by the Department of Justice. It appears that nearly 2/3 of the group was either FBI agents or paid FBI informants. It appears that it was the FBI agents and informants that were encouraging the kidnapping. This does not imply innocence on the part of many racists white extremist groups that support Trump.

This has also been the same entrapment tactic used by the FBI to trap innocent Muslims and charge them with terrorism.

However, if there has been one major change in the last 20 years, it has been the dramatic growth of the Defense/Intelligence Community.

Although the evidence showing a credible threat against the Twin Towers on 9/11 was quite evident, the intelligence community said it “couldn’t connect the dots.”

The government response was not to correct the problem, but to create a bigger bureaucracy, with more funding, and less supervision.

More money was pumped into defense and intelligence operations. A new layer of intelligence bureaucracy was added and named the Department of National Intelligence. The Department of Homeland Security was created, although their focus is on naming political opponents than being an actual threat. Agencies like the US Forestry Service and Social Security now have armed paramilitary police units.

Has this made America safer since 9/11? No. The Taliban is more powerful than it was on 9/11. It now has the reputation of beating the world’s largest superpower. And, thanks to the military equipment that the US left behind, it has one of the best equipped militaries in the world.

There is also a societal corrosiveness from the growth in surveillance and diminishing of American rights.

Americans are not only more divided today than in the past, the gaps between groups of people are growing.

Opposition to the Covid restrictions is growing as large groups of people see that this pandemic is eroding American rights. Meantime, there are those who want the security of a Covid free environment.

This divide should not be ignored. Several governors of Republican states are standing up to federal incursions in many areas of governance and American rights. Not only are some states ignoring federal regulations on covid prevention, but many states have also decided to ignore federal attempts to restrict American gun rights, including ordering the local police to not assist in the confiscation of firearms and authorizing the arrest of federal agents that may try to take private guns.

The chances that someone will start shooting is getting incredibly likely now that Biden has indicated that he will “push back.”. If that happens, the United States as we know it will have ceased to exist.

Former Republican US congressman and presidential candidate Ron Paul recently warned that the real threat is not Covid, but authoritarianism. He notes, “If a government can force people to take…a vaccine…the same reasoning would support the imposing of many additional liberty violations.

Although the initial strike against al Qaeda was meant to preserve American liberty, it appears that a generation later the biggest loser may not be al Qaeda, but American freedoms.