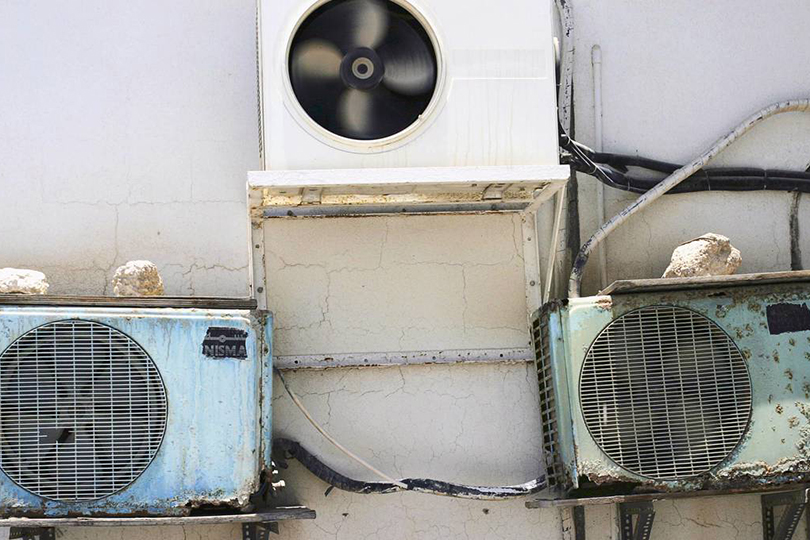 As global temperatures rise and demand for air conditioning and refrigeration soars, all countries must adopt common-sense initiatives to make cooling more efficient...

As global temperatures rise and demand for air conditioning and refrigeration soars, all countries must adopt common-sense initiatives to make cooling more efficient, less emissions-intensive, and more affordable for consumers. Without rapid action, runaway climate change will be far harder to prevent.

The ironies of climate change are often cruel. In our warming world, for example, the demand for air conditioning (AC) and refrigeration is exploding, especially in developing countries. But more AC units lead to more warming, both from the refrigerant chemicals they contain and the electricity they use. Globally, cooling can account for up to half of peak electricity demand during the hot season, which is getting longer and longer.

A new report by the International Energy Agency (IEA) and the United Nations Environment Program (UNEP), based on data gathered by a team we co-chaired, shows that the transition to energy-efficient, climate-friendly cooling – using refrigerants that pose a lower global-warming threat – is technically and economically feasible. Adopting the best currently available technologies for both refrigerants and energy efficiency could eliminate the equivalent of up to 460 billion metric tons of carbon dioxide emissions by 2060, an amount equal to eight years of global greenhouse-gas emissions. By 2030, emissions equal to those of nearly 1,600 medium-size peak power plants would be avoided.

Eliminating the “super pollutant” refrigerants known as hydrofluorocarbons (HFCs) is critical, as is increasing the energy efficiency of cooling equipment. Otherwise, emissions from this sector alone could use up the remaining “carbon budget” for capping global warming at the “safe” threshold of 1.5°C relative to pre-industrial times.

Here, the world’s most successful environmental treaty, the Montreal Protocol, is a source of inspiration. The protocol, which was concluded in 1987 and entered into force in 1989, successfully addressed the first great threat to the global atmosphere: that chlorofluorocarbon refrigerants and related gases were destroying Earth’s protective ozone layer.

At the same time, the Montreal Protocol has done more to reduce the climate threat than any other agreement – avoiding warming by an amount equivalent to that caused by all the carbon dioxide emitted in the twentieth century, which is more than half of all warming. These fluorinated gases are also powerful greenhouse gases – or climate super pollutants – with thousands of times more warming power per molecule than CO2. By eliminating them, the Montreal Protocol not only put the ozone layer on the path to recovery, but also significantly slowed the development of the climate crisis.

The Montreal Protocol’s most recent mandatory measure is the 2016 Kigali Amendment, which aims to phase out HFCs, used primarily as refrigerants, and avoid up to 0.5°C of warming by 2100. The amendment’s initial schedule ensures that about 90% of this target will be reached.

With the Kigali Amendment, the nearly 200 parties to the Montreal Protocol (including every UN member) also recognized the importance of improving the energy efficiency of AC units and other cooling equipment during the switch from HFCs to more climate-friendly refrigerants. Efficiency gains can more than double the Kigali Amendment’s climate benefits by mid-century, while reducing energy generation and transmission costs by nearly $3 trillion. They will also reduce consumers’ monthly electricity bills, create jobs for installation and maintenance staff, and, by reducing air pollution, protect public health and agricultural productivity.

The UNEP-IEA report highlights ten policies that would help to realize these benefits. They include universal ratification of the Kigali Amendment (the milestone of 100 countries was reached in July), national cooling action plans, proven measures like minimum energy-performance standards and building codes, and aggregating demand for sustainable cooling through buyers’ clubs and bulk procurement. This would help develop sustainable cold chains to reduce food loss and ensure effective vaccine dissemination. Improving service and maintenance is also essential, as is preventing inefficient AC units from being dumped in developing countries.

The enormous growth in cooling demand means we must act quickly. Today, an estimated 3.6 billion air conditioners, refrigerators, and related appliances are used worldwide; to meet the world’s cooling needs, that number will more than triple, to 14 billion cooling units, by 2050.

Access to cooling is already becoming a leading climate and social justice issue around the world – especially in the many Asian, African, and South American countries that are subject to increasingly unlivable temperatures and already suffer from poverty, water shortages, and other related problems. For example, only about 7-9% of Indian households have access to AC today, compared to 60% in China and 90% in the United States. In India alone, demand for AC will grow by more than a billion units over the coming decades. During this time, making cooling less polluting will be critical. Decreasing the cost, as India has done through its innovative bulk procurement program, will also be beneficial.

We should all take courage from the Montreal Protocol’s success in repairing the ozone layer and mitigating more warming from greenhouse gases than any other measure. All countries must now adopt common-sense initiatives to make cooling more efficient, less emissions-intensive, and more affordable for consumers. Most urgently, we must heed the latest understanding of the planet’s sensitivity to continuing emissions and recognize that without rapid action, runaway climate change will be far harder to prevent.

The Pandemic Must End Our Complacency