Why arrogance is dangerously contagious 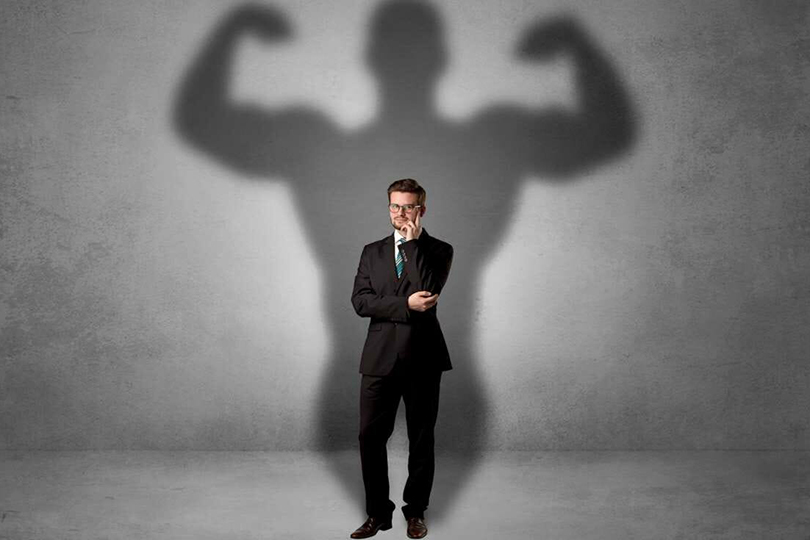 Overconfidence can delude us into dangerous thought or actions – and that same arrogance can also spread to others like wildfire, too.

In the late 1980s, the aptly named psychologist James Reason wanted to understand the flawed thinking behind road accidents. He took to the streets and supermarket car parks around Manchester, UK, and asked a total of 520 drivers to estimate the number of times they’d committed certain offences. Did they regularly fail to check their rear-view mirror, for instance? Or had they entered the wrong lane when approaching a junction? Beside the list of errors and violations, the participants were also asked to estimate how their driving ability compared to others’ – whether it was better or worse than average.

Given the sheer amount of time many people spend behind the wheel, you’d hope that most of the drivers would have at least some awareness of their own abilities. Yet Reason found that this couldn’t have been further from the truth. Of the 520 drivers, just five considered that they were worse than average – fewer than 1%. The rest – even the truly abysmal drivers who were constantly making errors – considered themselves to be at least as good as the next person, and many thought they were a lot better. It was, essentially, a mass delusion that rendered them completely blind to their own failings.

Three decades later, psychologists have documented similarly deluded levels of confidence for many different traits and abilities. We tend to think we are more intelligent, creative, athletic, dependable, considerate, honest and friendly than most people (a phenomenon that is often known as the “better-than-average effect”). “The evidence is extremely – even unusually – strong,” says Ethan Zell, an associate professor of psychology at the University of North Carolina at Greensboro, who recently conducted a meta-analysis of the studies so far. The strength of the effect has made it a classroom favourite, he says. “It basically never fails. If you give people a questionnaire where they rate themselves relative to the average, almost everyone in the class thinks they're above average at almost everything.”

The consequences may be serious. As Professor Reason had implied, overconfidence of our own skills on the road may lead to risky driving and serious accidents. In medicine, it can lead to fatal diagnostic error; in law, it can lead to false accusations and miscarriages of justice. And in business, managerial arrogance puts companies at a greater chance of both committing fraud and declaring bankruptcy.

It’s little wonder, then, that overconfidence is often known as the “mother of all biases”; the Nobel Prize-winning scientist Daniel Kahneman famously remarked that if he had a magic wand that could change one thing about human psychology, he would eliminate our superiority complex.

Now, fascinating new research by Joey Cheng, an assistant professor of psychology at York University, shows that overconfidence can be contagious. “If you have been exposed to an overconfident person, then you become more likely to overestimate your own relative standing,” she says. It’s a tendency that could cause dangerously deluded thinking to spread through a team.

Cheng says that she had been inspired by the anecdotal reports of behaviour on Wall Street, where arrogance appears to be rife. “When you go to other sectors like education, you often don't hear teachers being described in the same way”. These differences led her to wonder whether certain groups of people might actually encourage the development an inflated ego in others. Some previous research had hinted at this possibility, showing that bankers’ overconfidence tends to grow with their time spent in the profession – which would make sense, if they were “catching” the behaviour from their colleagues – but Cheng wanted to put the idea to the test in the laboratory.

Her first experiment had two stages. Individually, the participants were asked to look at photos of people’s faces and attempt to guess various personalities based on their expressions – a task that some people are able to do with reasonable accuracy. To gauge their confidence, the participants were asked to rate their perceptions of their abilities, compared to the rest of the group.

The participants then had to do the same task in pairs, after which they were again asked to rate their own abilities, allowing her to see whether the arrogance of one person would rub off on another. Sure enough, she found that humbler participants were much more likely to increase their own ratings once they had been placed with an overconfident partner. “It was quite remarkable,” Cheng says.

The results of the second experiment were even more striking. Once again, they had to work on a simple perceptual task, which involved guessing someone’s weight from their photo. This time, however, the participants did not work in real pairs, but were presented with some example responses of another participant. In reality, the responses were fake, allowing Cheng to create the person of someone who was clearly self-deluded. They might see someone in the bottom 10% – far below average – who claimed to be among the top quarter, for instance.

Participants might have seen the other’s overt overconfidence here as a warning sign; instead, they simply mimicked the behaviour. Being exposed to someone who was outrageously overconfident inflated a person’s own perceived ranking by around 17%. It was the exact opposite of the participants who had been shown the profile of a more realistic participant – they tended to underestimate their rank by around 11%.

In further experiments, Cheng confirmed that the illusion of superiority, caught from one peer, can then be transmitted to another person – a “cascade” that could lead it permeate through a group from a single source. She also documented a “spill-over effect”, so that once you catch overconfidence in one domain, you may become more arrogant in another. To make matters worse, the consequences can last long after the interaction – just a few minutes of exposure to an arrogant person skewed the participants’ own judgements days later.

Zell is impressed with the findings. “I think the research is very interesting and well-conducted, and helps us understand the origins of overconfidence and why it is larger in some groups than others,” he says. He suspects it arises from the creation of social norms. “Seeing others exhibit overconfident behaviour could make it seem more culturally valued or appropriate.”

Cheng’s results fit with many other studies of conformity, including our memories of a shared event, our perceptions of beauty and our political opinions. “Just by being exposed to someone, you are more likely to acquire their ways of behaving and their ways of thinking,” she says.

It’s easy to imagine how that could occur in a workplace, she adds. “Let's say you are a financial banker. You are pretty calibrated when you first entered the business, but as you get more engrossed in that environment, you see that some people tend to make boastful statements, and they have this amazingly confident appearance in how they talk and how they communicate non verbally. And you, in turn, could become a bit of a clone of that person.”

In her paper, Cheng cites the energy company Enron as a potential example of the ways this dynamic could soon become rife in organisation. The corporation was once the seventh largest company in the US, but it declared bankruptcy in 2001 after reports of widespread fraud and corruption. Enron’s “culture of arrogance” is now infamous, with one former employee stating that “There’s no question that Enron people arrogantly thought they were smarter than everybody else.”

“Our findings suggest that some of that [overconfidence] might have been due to this social contagion effect,” Cheng says. “And that could have led many individuals to have adopted the questionable practices that contributed to its downfall.”

Given these results, Cheng suggests that organisations rethink the kinds of behaviours they reward in their current employees. “Leaders and managers need to be very mindful of the effects of certain individuals on others, because their overconfidence could really spread widely.” These findings might also inform hiring decisions. Besides being more realistic themselves, humbler team members could also temper the overconfidence of the whole team. “They could help ground the group back in reality.”

On a personal level, you might at least pay a little more attention to your own attitudes – including your perception of your own driving. Whenever you unfoundedly brag about your skills, you may be sending ripples of overconfidence throughout your social network, subtly sustaining the mass delusion that James Reason had helped document all those years ago.

The Pandemic Must End Our Complacency