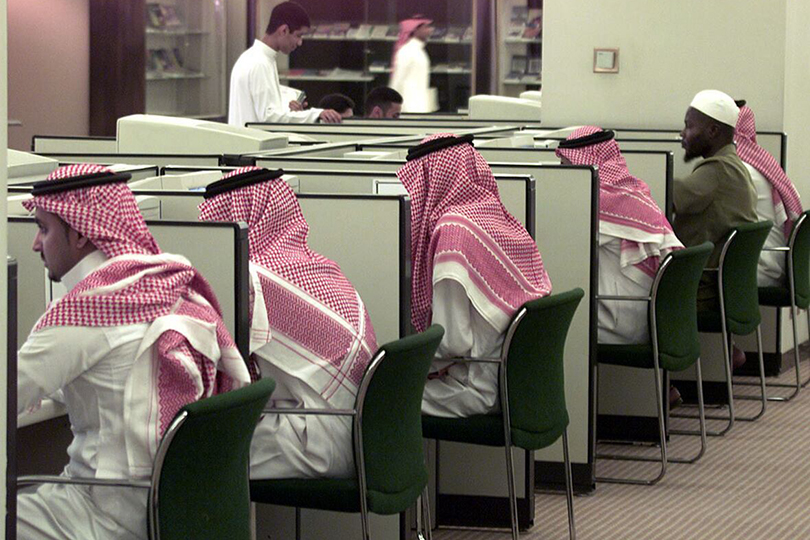 Already a global leader in 5G infrastructure, China is investing heavily in a broader range of advanced technologies and seeking to introduce them globally as a means of achieving even greater economic influence. Beijing has focused heavily on three main technological areas—artificial intelligence (AI), smart and safe cities, and unmanned aerial vehicles (UAVs)—within its larger advanced technology-based strategy.

One application of AI technology is the improvement of urban infrastructure management in “Smart (or Safe) Cities,” wherein systems from traffic lights to air quality censors utilize AI technology to improve public safety in urban areas through extensive tracking and surveillance. China has also significantly increased its production and export of UAVs. Over the past five years, Beijing has expanded sales of increasingly higher quality yet affordable UAVs to a variety of clients.

So far, AI has served as the foundation of China’s technological investments in Serbia and the Gulf States. AI -based surveillance is projected to be a $62 billion industry by 2023. Beijing is using a model it pioneered in Serbia to expand its technological and military interests in the Persian Gulf. China is steadily cornering new markets, and Gulf countries are the next critical arena where the United States needs to challenge growing Chinese influence.

China’s recent projects in Serbia have provided a model for how to leverage advanced technology transfers to expand influence into other sectors. The Serbian government and Huawei, one of China’s foremost players in AI, began cooperating in 2011 with plans to construct a Safe City network of surveillance cameras in Serbian urban areas, with additional AI surveillance projects soon following. Serbian and Chinese firms have also engaged in mutual office exchanges, such as the opening of a Huawei Innovation Center in Belgrade.

The next step in the Chinese strategy was the development of closer military collaboration. Between 2018 and 2020, Belgrade purchased three Chinese combat drones: the Wing Loong I, the CH-92A, and the Cai Hong. In 2019, Belgrade confirmed that Beijing had begun transferring plans and equipment for Serbia-based production of military UAVs. With China’s assistance, Serbia has begun manufacturing the Pegasus armed drone, and Serbia has become the first European country to buy Chinese military drones.

The Gulf has been one of the fastest growing areas to embrace AI technology in the world. Since 2013, China has become the primary investor in the Middle East’s economic and advanced technologies sectors. By 2030, estimates suggest that AI buildout in the Middle East could be worth $320 billion with Saudi Arabia, Qatar, Bahrain, and the UAE leading the charge.

Serbia has a lot in common with Saudi Arabia and the UAE with respect to relations with China. Serbia, Saudi Arabia, and the UAE, relative to their neighbors, are wealthy and can afford to buy the latest AI technology. All three also have natural resources (oil and gas in the Gulf; coal, oil and gas in Serbia), and serve as perfect entry points for Chinese products entering southeastern Europe and the Middle East.

China is using lessons it learned interacting with Serbia to improve its approach toward the Middle East by first building up basic infrastructure (e.g., bridges and railroads), then adding on technology systems, and finally launching bilateral military cooperation. This is exactly the progression China pursued in Serbia, and consequently it is the same process unfolding in Saudi Arabia and the UAE.

Belgrade’s overhaul of its weapons systems, beginning around 2018, has since led to Serbian and Chinese joint police patrols and Chinese-led military training for Serbian forces. This progression demonstrates China’s strategy of exploiting a country’s desire for advanced military technology as a way to establish a physical military presence in that country. China is replicating that same strategy in Saudi-Chinese joint military engagement. The two states have re-commenced joint military drills after Beijing previously supervised the training of Saudi troops.

Of those Gulf states, the UAE has become one of the fastest adopters of AI technology, with Dubai launching AI surveillance projects such as “Police without Policeman”, Oyoon (a facial recognition and surveillance program), and AI security robots to combat criminality in urban areas. “Police without Policeman” is backed by Huawei, and while Oyoon is not explicitly linked to a particular Chinese company, its use of AI surveillance to secure urban spaces parallels current Chinese technology developments. This activity in the AI domain has attracted the interest of Chinese investors. Mirroring Huawei’s new Innovation Center in Belgrade, AI giant SenseTime publicized its move to Abu Dhabi.

Saudi Arabia, another major investor in AI, is an increasingly appealing market for China due to its energy reserves and key geostrategic placement in the Middle East. Surveillance by Beijing of Chinese Muslims participating in the Hajj pilgrimage has been linked to Saudi’s AI-based crowd-control equipment designed to revamp security at holy sites and during Hajj pilgrimages. The Saudi government, after putting its mega-Smart-city plans for “Neom” on hold this year—despite Chinese interests in investing in the project—is working closely with Huawei on another Smart City-based project elsewhere. Huawei has strategically marketed its Safe City technology to Saudi Arabia as an advanced, streamlined way to counter extremism and enhance urban safety, a major goal of the Saudi government.

In addition to smart cities, both the UAE and Saudi Arabia are prioritizing their consumption of drones, with a preference for armed models. The UAE purchased the Chinese Wing Loong I drones in 2016 and upgraded to Wing Loong II in 2018 after the United States declined to sell Abu Dhabi its latest weaponized drones. In 2017, China announced that Saudi Arabia was interested in buying as many as 300 Wing Loong II UAVs. Additionally, a license to produce and a deal to establish a factory for CH-4 drones in Saudi Arabia was also cemented in 2017. Both the Wing Loong and CH series were used in conflicts in Yemen, Iraq, and Libya. Last year, China continued its advanced drone sales efforts in Saudi Arabia with offers for the Blowfish A3, a machinegun-equipped helicopter UAV that could potentially use its AI capabilities to kill human targets.

Yet there are some differences between the Chinese approaches to Serbia and the Gulf that suggest room for the United States to renegotiate the relationship currently forming. Serbia’s history of anti-American views contrasts with pro-American attitudes and standing alliances in the Gulf. Despite Beijing’s inroads in the Middle East, longstanding U.S. engagement, pro-American sentiment, and strong partnerships with local governments give the United States an advantage in mitigating Beijing’s power in the region.

Beyond capitalizing on existing political ties, the United States can use China’s experience in Serbia as a model to spot pitfalls, drive incentives in the tech market, and push back on Chinese engagement in the Gulf. The U.S. should focus on product diversity, data security, and technological quality as it attempts to stem Chinese influence in the Gulf.

Chinese corporations’ links to the Chinese Communist Party, subsidized loans, low costs, and minimal red tape enable them to undermine international competitors in the AI technology market. The United States and its allies can try to undercut Beijing’s cheap prices with even cheaper prices, but doing so will likely pose a challenge, particularly in the short term. However, the United States can provide access to a wider, more diverse range of U.S. and allied country tech companies from which to choose, and the United States can offer higher quality products to clients who want safer, more transparent, and more effective options.

The AI tech markets can benefit from competition that drives down pricing, stimulates innovation, and broadens buyer options. Using Saudi Arabia’s diverse range of tech suppliers as an example, Washington and its allies can encourage other Gulf governments to seek alternatives to Chinese suppliers. Partnering with tech leaders such as Scandinavian firms Nokia and Ericsson—which have an edge in the communications infrastructure sector and are transparent in their policies—can also mitigate China’s monopoly of the AI market.

In order to provide greater a range of products, the United States needs to address export restrictions affecting the Gulf states. Purchasing U.S. drones is complicated, and Gulf States are limited to non-weaponized American UAVs like the Predator XP. It is imperative that Washington reinforce the importance of its partnerships with the Gulf and other allies through a faster resolution to the issue of arms sales restrictions or risk yielding to Beijing in the Middle Eastern theater.

What’s more, the United States should emphasize the security risks of partnering with Chinese firms. China’s 2017 mandatory law—under which Chinese companies like Huawei are obligated to give intelligence to the Chinese government if requested – revealed the alarming fusion between Chinese private companies and the Chinese government. In cases when a country such as Saudi Arabia uses multiple AI purveyors alongside Chinese advanced technology, U.S. and Western allies can ensure their own tech is at least as secure as possible to mitigate compromised data.

Furthermore, the United States needs to use quality as a way to contend with Chinese products. American UAVs are considered more reliable, with better transmission, detectors, and missiles than their Chinese equivalents, and customers would choose U.S. technology if made available. In order to compete with China, the United States needs to loosen certain regulations to support U.S. competitiveness in the Persian Gulf. U.S. companies already have the foundation for success: IBM was one of the first innovators of the “Smart City” concept. Though currently, IBM, Palantir, and Cisco comprise a small percentage of companies in the global AI Surveillance market, their reliability continues to make them viable partners.