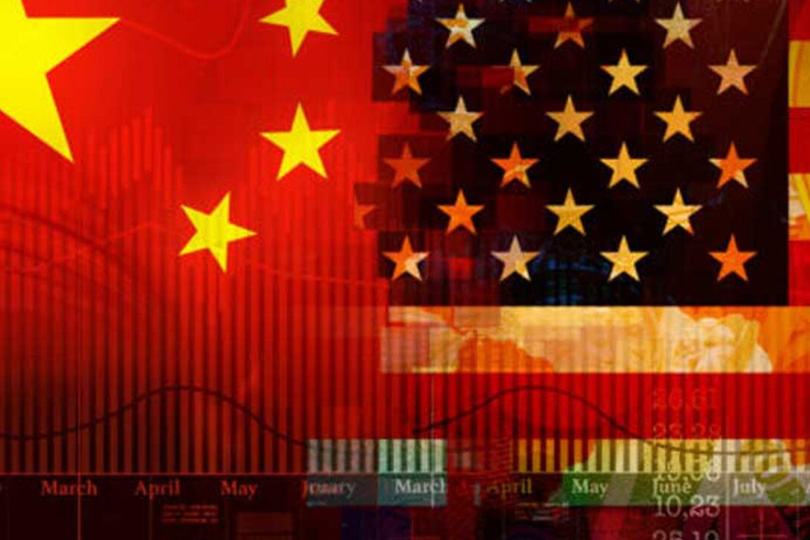 At a time when Chinese American relations are at their lowest ebb since the Tiananmen Square Crisis, the US and China met in Alaska to try to resolve some of their issues, which include trade, intellectual property issues, human right abuses in China with the Uighur minority population, abrogating the human rights treaty with the UK on Hong Kong, the South China Sea, border issues with India, and the status of Taiwan.

Before Alaska, Blinken and Austin met with the Japanese, who “condemned China’s aggressive international moves”. Austin then headed off to India, which also has territorial issues with the Chinese – issues that led to skirmishes along their border with China.

However, for all the hope of the Alaska meeting, the talks were described as “frosty.” China’s attitude was outlined by a foreign Ministry spokesman, who said, “China will take strong measures as appropriate to resolutely defend national sovereignty, security, and development issues.

The US responded by placing sanctions on 24 Chinese and Hong Kong officials.

Of all the issues to be discussed, the most explosive appears to be Taiwan, or the Republic of China, as it bills itself. China considers it a breakaway province, while the Taiwanese consider themselves a sovereign nation. And, although the US has diplomatic relations with mainland China, it has guaranteed, by treaty, that a Chinese invasion will elicit an American military response.

The US is also the major weapons supplier to Taiwan.

Many observers have been surprised that the Biden Administration has indicated it will continue with the tough stance on Taiwan’s independence. “War over Taiwan would be unthinkable” said Eric Sayers of the American Enterprise Institute. “The [Chinese Army’s] capabilities have now matured to such a degree that this is no longer a dilemma we can afford to push off.”

A Pentagon official told Politico that, “China has built a global sized navy for a regional mission…we just don’t have the same kind of capabilities against China that we used to because of numbers.”

However, a strong response is needed. As the Politico noted, “the US can’t afford to do nothing.”

The seriousness of the Chinese challenge was highlighted by documents that show that in a conflict with China over Taiwan, the US would lose. The war games suppose a massive military Chinese exercise that would hide the deployment of an invasion force. Missile and biological strikes against US bases and warships would paralyze the US while the Chinese carry out an amphibious assault on Taiwan.

The US forces would lose with a serious number of casualties amongst manpower and weapons systems.

Lt. General Hinote told Yahoo in an interview, that the US was, “Not just losing, but we were losing faster…After the 2018 war game, I distinctly remember one of our gurus of war gaming standing in front of the Air force secretary and chief of staff and telling them that we should never play this war game scenario [of a Chinese attack on Taiwan] again, because we know what is going to happen. The definitive answer if the US military doesn’t change course is that we’re going to lose fast.”

In Senate testimony, the head of the US Indo-Pacific Command, Admiral Phil Davidson warned that China might try to annex Taiwan this decade – possibly within the next six years.

Without releasing the results of the war games, the Trump Administration took action by increasing naval patrols through the Taiwan Strait, not to stop any invasion, but to illustrate the American determination to defend Taiwan.

The US military has also initiated a program called the Pacific Deterrence Initiative, for which they are requesting $4.6 billion for this next year. It will increase the number of ground-based cruise missiles, ballistic missiles, and hyper-sonic missiles in areas close to China. The US Marine Corps has also completed construction of the first permanent base in the Indo-Pacific region since 1952. The military is also improving its ability to quickly build military airfields on islands much like the US did during the island-hopping campaigns in the Pacific in WWII.

There are also plans for other bases that will be close to the “First Island Chain” near China.

More important was the increased supply of American arms to Taiwan – a move that was supported by both the Republicans and Democrats since a stronger Taiwanese military reduces the risk for the US.

The arms sold to Taiwan were designed to enhance Taiwan’s ability to withstand a Chinese invasion. In fact, over $5 billion in arms were sold to Taiwan in 2020.

To stop a Chinese amphibious assault on the island, the US sold 100 Harpoon coastal defense systems. These are the state-of-the-art missiles, and the type II Harpoons are designed specifically for littoral anti-ship capability, which is ideal for an engagement in the Taiwan Strait. They have improved targeting and better anti-electronic countermeasures abilities. Since they are designed to fly close to the surface of the water, they are harder to detect and defeat.

Taiwan also purchased in 2020 the standoff land mobile rocket artillery systems, which can be used against any Chinese land forces that have landed on the island. They are also effective against stationary ships offloading soldiers.

Taiwan also purchased the Mk-48 submarine launched torpedo, which would make it harder for Chinese amphibious ships to transit the strait.

In 2019, Taiwan purchased Stinger man-portable missiles that have a well-documented record against Russian and Chinese aircraft. They also bought over 100 M-1 Abrams tanks, which would make it difficult for the Chinese to maintain any foothold on the island.

Probably most important, the Trump Administration and the Congress approved the sale of 66 F-16 fighters. These are the same aircraft that the US is currently purchasing, and the Taiwanese versions have a low radar cross section and improved electronics. They are the main fighter for the Taiwanese air force and are frequently used to intercept Chinese aircraft flying too close to Taiwan. They would make it difficult for the Chinese to maintain air superiority, a prerequisite for covering an amphibious operation, especially since the F-16s would be operating over their own territory and would have longer loiter times than the Chinese fighters.

This will give Taiwan over 200 modern fighters to China’s 600. The Chinese J-11 is its most modern fighter and is based on the Russian Sukhoi SU-27 fighter, which was introduced in 1984. Russia intends to replace the SU-27 with the SU-57 fifth generation fighter.

The Chinese J-20 fifth generation fighter aircraft are entering the Chinese air force in small numbers (20 so far) and, with their stealth capability, would be a part of any attempt to invade Taiwan.

However, the Chinese military has weaknesses that are frequently ignored. The Chinese air force is designed for air superiority. It has no close air support ability, which would be critical for a land war on Taiwan. This implies that the Chinese do not see a conventional war with opposing armies. Their assumption is that surface to surface ballistic missiles, bombers, and the neutralization of American forces in the region would cause the Taiwanese to capitulate without fighting.

The Chinese don’t have much satellite reconnaissance capability, which means they rely on ground and air-based systems that can be easier to take out.

China has few 5th generation stealth aircraft and would be hard pressed to get into an arms race with the US. The US has about 500 5th generation fighters and is producing about 40 more a year. They are also selling them to allies like Japan, Britain, Australia, and South Korea that could very well join the US in any conflict with China.

The ability of the F-35 to penetrate modern air defenses was proven with the report that three Israeli F-35s flew to Tehran and back in 2018. It was claimed that the mission led to the firing of the Iranian air force chief.

So, is the US and Taiwan that vulnerable? May be not. The US has been too focused on the Middle East in the past and is now more focused on China as the Pacific Deterrence Initiative demonstrates. In the most recent war game, the US tested some Pacific Deterrence Initiative concepts and forced the Pentagon’s “Red Team leader” to forego an attack because there was too much uncertainty.

The strategy that stymied the Red Team leader, focused on long range anti-ship missiles (remember the sale of Harpoon missiles to Taiwan), mobile rocket artillery systems (another Taiwanese purchase), and surface to air missile batteries (They have the Patriot missile system and are buying man-portable missiles too). There was also more focus on surveillance and reconnaissance capabilities to give policy makers more information faster.

In the end, the US posture (along with Taiwan’s upgraded military capabilities) was able to create enough uncertainty to make it unprofitable to invade Taiwan.

Which also answers why the results of a secret war game was released. The US is re-calibrating its military from operations in the Middle East to more conventional operations around China and Russia. Releasing the results of the war games will provide the information to encourage Congress to redirect defense spending.

In the short run, that may be the only way to discourage Chinese ambitions in Asia.