Poisoning the Earth and Our Health 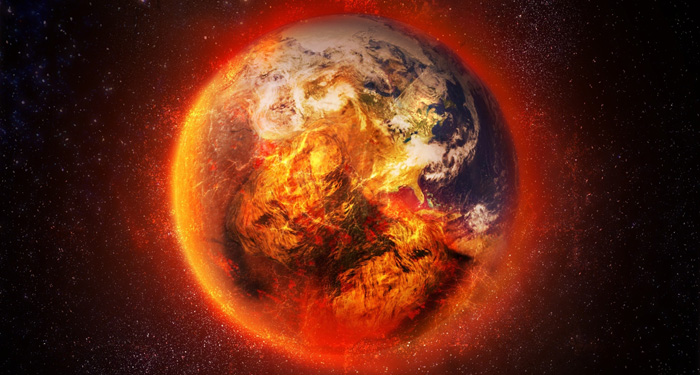 When animals began to die in a neighborhood on the edge of Senegal’s capital no one knew why. Then children began to die too. Mothers gave birth to stillborn children and toddlers stopped talking.

Some said that the victims of the mysterious illness lived in homes that had been cursed. Others said the families themselves were cursed.

But when doctors ran tests on the 18 dead children, they discovered the truth: that the children - all under the age of five - had been poisoned to death by lead.

The tragedy crept up on the neighborhood of Thiaroye-sur-Mer. For years, the uncontrolled recycling of car batteries had allowed large quantities of lead to seep silently into the ground, poisoning the earth around people’s homes.

When the price of lead sky-rocketed over a five year period, residents began to dig up the soil to collect the valuable metal, whipping up deadly dust clouds that sent tiny particles of lead into the air.

If inhaled or ingested, these tiny lead particles can kill - roughly 143,000 people die from lead poisoning every year.

Once lead enters the body, it can spread to the brain, kidneys and liver. It can build up over time in the teeth and bones, reaching increasingly dangerous levels.

But even low levels of lead leave behind horrendous scars that last a lifetime, especially for children whose futures can be destroyed by speech problems, learning difficulties, brain damage, anaemia and anti-social behaviour.

Lead exposure contributes to about 600,000 new cases of children with intellectual disabilities every year. Aside from the poisoned futures these children suffer, the economic losses are huge: by lowering the IQ of children, lead exposure costs low and middle income countries $977 billion per year.

These shocking facts and tragedies like the 2008 mass poisoning in Senegal underscore why it is essential that the world acts immediately to end one of the world’s most devastating practices - the unregulated recycling of lead acid batteries.

Every single vehicle in the world uses one of these batteries, which account for more than 80 per cent of the world’s lead production. With the rapid rise of vehicle use in developing economies, the amount of lead in the environment will only continue to increase.

While recycling lead from these batteries can generate vital income for families, especially in the developing world, much of the recycling and smelting is done in unhygienic and dangerous conditions - sometimes at home, sometimes with an axe to break open the batteries. These practices allow large quantities of lead to leach into the environment with devastating consequences for ecosystems and human health.

Encouragingly, the world has already proved that it is willing to stop lead from seeping into the environment. These days, only three countries in the world continue to use leaded fuel, which was once one of the main sources of human exposure to the toxic substance.

Similar success has been achieved with lead in paint, which is now regulated in 59 countries thanks to the Global Alliance to Eliminate Lead in Paint, an organization established by the United Nations Environment Program (UNEP) and the World Health Organization.

So we know that, when the world acts together, it can overcome seemingly insurmountable problems. We also know what needs to be done to defeat this insidious menace, which destroys lives, ruins children’s future and damages ecosystems.

To begin with, we can improve the quality of lead batteries and so reduce the need for recycling. We can use better technology so that lead doesn’t have to be smelted twice before it can be used again. We can insist on better regulation of the lead manufacturing and recycling sector. And we can encourage governments to implement nationwide collection programs to reduce the amount of lead that is melted down and sold for scrap in the informal sector.

If we can rally the world and implement these cures then we stand a far greater chance of achieving some of the Sustainable Development Goals set out in the 2030 Agenda - the right to healthy lives, the right to lifelong learning opportunities and the right to live in safe cities while protecting vital ecosystems.

This is why Burkina Faso will table a draft resolution at the upcoming United Nations Environment Assembly (UNEA) that calls on UNEP to work with governments and other stakeholders to help low and middle-income countries modernise the lead battery industry.

It is vital that the world sees UNEA - the world’s most powerful decision-making body on the environment - as an opportunity to develop programs and policies that promote the environmentally-sound recycling of lead batteries.

The stakes are high. If we fail to act now then we will continue to poison our Earth, the future of our children, the power of our economies and the health of our people. We have the antidote and we simply cannot afford to keep poisoning ourselves.