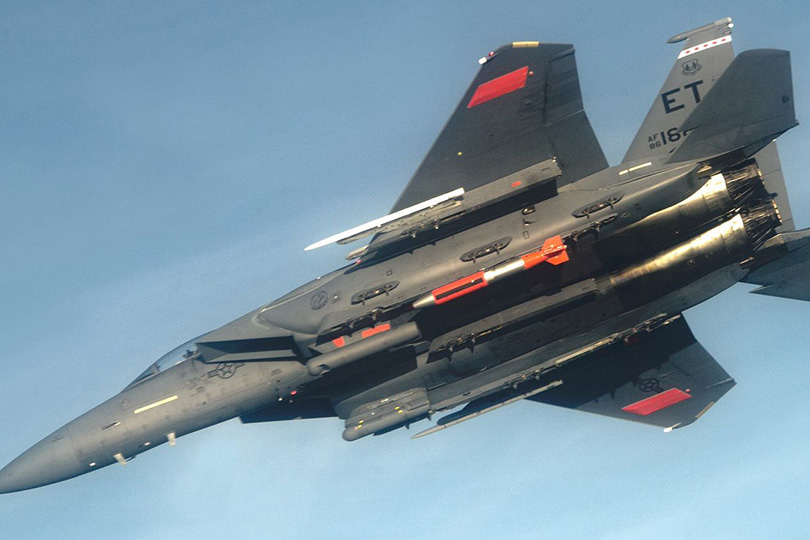 On December 2, a little noted Twitter comment was sent out by Jill Hruby, Administrator of the National Nuclear Security Administration (NNSA) noting that “Last week NNSA completed the B61-12 first production unit…This demonstrates our nation’s commitment to nuclear deterrence.”

This version of the B61 has been in development for years. In fact, it was the Obama Administration that approved the upgrade of the bomb.

The new bomb (not new, but a major modification of previously manufactured bombs) has a new tail unit that turns it into a “standoff” bomb that allows the aircraft to avoid flying over the target and its close-in air defenses. Since it is more accurate, the engineers didn’t have to increase the yield.

The B61-4 bombs will be converted to B61-12 bombs. The B61-11 Earth Penetrating Bomb will remain in use although the B61-12 also has earth penetrating ability that can take out some underground command and control centers. As a result, the B61 will be able to meet most tactical and strategic needs. It will also be able to be mounted on several American and NATO nuclear capable aircraft.

The B61 nuclear weapon can be delivered at altitudes of 50,000 feet to as low as 50 feet (low altitude drops like that from 50 feet require a parachute that quickly stops the bomb and allows it to lay on the ground until detonation).

Less than 200 nuclear bombs are currently stored in Europe.

As successful as the older B61 bomb modifications were, they were becoming too old for reliable use. The nuclear package contained radioactive materials that decayed, lost some of their capability, and even experienced physical degradation.

As a result, the Air Force and NNSA started a life extension program that replaced non-nuclear components like fuses, batteries, and other electronics on 400 of the bombs. This was estimated to increase the life of the weapons by 20 years. The nuclear assembly was also refurbished and rebuilt.

The nuclear components were refurbished and remade at the Y-12 National Security Campus. The explosive package was produced by the Pantex Plant. Pantex also re-qualified the nuclear pit.

What makes the B61-12 special is the tail assembly, which can maneuver the bomb in freefall, and inertial navigation system which guides it. It has an estimated accuracy of approximately 30 meters. Given the low yield options of 0.3 kilotons, 1.5 kilotons, and 10 kilotons, the bomb can limit collateral damage according to its advocates.

Since the new tail assembly allows the aircraft to launch the bomb before reaching the target the plane and pilot have a better chance of surviving a mission.

The production of a modernized bomb gives commanders options they didn’t have before. It can be used for low yield “clean” tactical uses against armored formations, High yield attacks, air bursts, and bunker busting options.

One of the earliest options for the tactical use of nuclear weapons was to break up Soviet armored formations as they raced across the Central European Plain towards the English Channel. That option remains with the lower yields, although the Russians are unlikely to overrun Europe with tanks against a larger NATO.

More likely tactical applications of tactical nuclear bombs would be behind enemy lines. Above ground command and control centers and headquarters would be vulnerable to low yield attacks. Ammunition storage areas or even supply columns could be attacked with less risk of radiation to nearby civilian areas has been claimed.

It is assumed by US military planners that since the B61-12 has been designed for limited underground bunker busting, it could be used in attacks against critical underground targets. These are more likely to be further behind enemy lines because the resultant radiation would be more lethal for civilian populations.

They are claiming, given the importance of logistics in supporting an attack, low yield nuclear weapons would be safer if used against an army’s supply centers than forward armored formations that are in close contact with friendly forces. Supply centers are not mobile and there would be less of a threat to friendly casualties.

The “Dial a Yield” ability also gives commanders more options up to the last second. A sudden dispersal of an armored unit or a change in terrain could be countered by increasing the yield.

Is This a New Threat?

Modern conventional weapons are much more accurate than in the past. In the 1960s and the 1970s, nuclear scientists developed the neutron bomb, which would destroy the massed Soviet armored attacks that were expected. However, technology made the need for a neutron bomb obsolete.

Modern munitions can target an enemy tank with a laser and destroy it with high probability. Some artillery and air launched munitions can detect tanks and launch sub munitions that will destroy several armored vehicles with one shot. Infantry soldiers can carry “fire and forget” missiles that can destroy tanks at a distance.

A NATO soldier with a Javelin anti-tank missile can fire and hit targets 4 kilometers away long before a nuclear armed aircraft can arrive. They have proved their worth in both Afghanistan and Iraq, especially the Battle of Debecka Pass, where a small American and Kurdish force stopped a larger Iraqi mechanized company.

Given the accuracy of modern conventional munitions, the political cost of a nuclear attack would be high versus the tactical advantage. Their application would probably be limited to situations where the supply of accurate conventional weapons has run out and the strategic situation is desperate.

Although the B61 bomb family has served the US for nearly 60 years, a look over their history shows the changing nuclear strategy. Once nuclear weapons were loaded onto super bombers, which carried bombs in the megaton range and were destined for major military and civilian centers.

These megaton yield weapons are no longer needed or even fielded. The bombers of the superpowers are no longer even capable of entering and surviving the enemy’s airspace. That mission is given to ICBMs and submarine launched ballistic missiles.

Today’s new B61 weapons rely more on accuracy than nuclear damage. A 0.3 kiloton is miniscule and is no more powerful than the blasts used in modern surface mining.

In fact, the Beirut explosion last year was estimated to be 1.5 kilotons; five times the yield of the B61-12’s smallest yield.