Can it change or is it a fixture for the future? 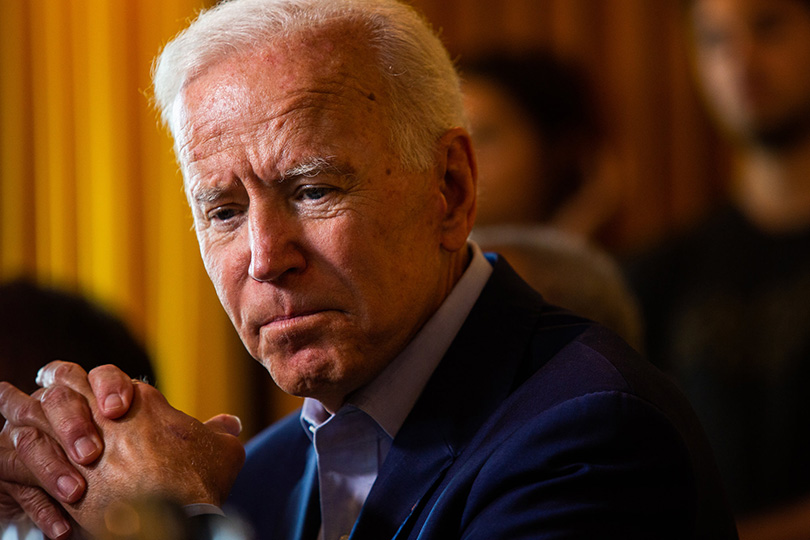 Can it change or is it a fixture for the future?

Undoubtedly, many Americans were shocked when the national newspaper Wall Street Journal ran an article indicating that maybe Hillary Clinton should run for president in 2024. The key points of the piece were that President Biden and Vice President Harris are so unpopular that it might be time to consider another candidate like Hillary.

Clinton hasn’t let this opportunity pass her. In a recent MSNBC interview, she called for “careful thinking about what wins elections and not just in deep blue districts where a Democrat…is going to win.”

Clinton has also taken shots at Biden, saying, “We don’t have a White House that we can count on to be sane and sober and stable and productive.”

Before anyone gets excited about another Clinton presidency, it’s important to remember that what America is seeing is not a return to better days, but a return to the grey days of the Soviet Politburo, when leadership was determined by who was still alive.

If anything showed the “vibrancy” of American leadership during the Cold War, it was the May Day celebrations where the average age of Soviet leadership was in the 70s. When Brezhnev died in 1982, he was replaced by 68-year-old Andropov – who was to live for a very short time.

Joe Biden is the oldest serving president at the age of 79 and is a decade older than the “old” Soviet leaders of the 1970s.

The problem for America is that more questions are being raised about his declining cognitive capabilities. He answers few questions at events and it’s clear that his staff prefers that he remains in the background.

Biden isn’t helped by Vice President Harris, who is even more unpopular than the president. No one contemplates removing Biden and replacing him in the Oval Office with Harris.

Biden isn’t the only old person in Washington. Democratic Congressional leadership team is the oldest in history. Speaker of the House Pelosi who is second in line to be the president - should something happen both to Harris and Biden - is 81.

The backup team isn’t any younger. House Majority leader Hoyer is 82 and the majority whip Clyburn is 81. Only one Soviet Politburo member was older in 1982, Grigori Romanov at 83.

In the Senate, the Democrats must rely upon 80-year-old Bernie Sanders to pass the budget.

On the Republican side of the Senate, Republican Minority leader Mitch McConnell is 79 years old.

Republican rules in Congress prevent very old committee chairmen remaining in position because all chairmen are limited to the time, they can chair a committee. This is a natural limit to leaving older politicians in power.

America’s Deep State leadership is also aging. Politico reported in 2017 that 30 percent of the civilian federal workforce was over 55. Two decades earlier, it was only 15%. Evidently, taking retirement isn’t that appealing to civil servants.

Meanwhile, the Administration point person in the economy is Janet Yellen, who is 75.

So, Is America’s leadership too old?

And how did we get there?

But this system doesn’t work smoothly. Off year elections impact the parties in and out of power. For instance, in 2022, Republicans in local state races will probably win more and Democrats will lose more. Meanwhile, many Democrats are resigning their seats in Congress rather than risk losing in 2022.

However, in 2010, the Mid Term elections devastated the local Democratic Party. Hundreds of potential Democratic politicians lost their seats as a tidal wave voted against Obama.

Rather than rebuild the Democratic Party at the local level, the Democrats focused on maintaining their seats nationally using incumbency and money. The cost to the party, however, was that the Democrats lost several state legislatures that they will be hard pressed to recover.

Incumbency is powerful in reelecting politicians. However, the downside is that it prevents new politicians from coming up.

The other advantage is money, and who has it. Congressional leaders manage to control much of the political money in the system.

Speaker of the House Nancy Pelosi controls “PAC to the Future” a political action committee that controls and doles out tens of millions of dollars. The money helps Democrats win House seats, but also gives Pelosi the influence to remain Speaker of the House.

So, is the United States doomed to look like the Soviet Politburo? No. Note that the current Russian leader, Vladimir Putin, is 69 years old – not young, but a big change from the Soviet days.

The fact is that age is its biggest enemy of an aging leadership. As House Speaker Pelosi gets older, she becomes more vulnerable to sickness, mental problems, and internal opposition.

Pelosi and other elderly Democrats are facing more challenges from a small group of progressive House members called “the Squad.” These include Rep. Alexandria Ocasio-Cortez, Rep Ilhan Omar, Rep. Ayanna Pressley, and Rep. Rashida Tlaib. They have opposed Democratic spending levels and have voted with Republicans to force Pelosi’s hand.

Given the political forces in 2022, there is a good chance that Pelosi will lose her position as Speaker of the House. House Majority leader Hoyer and the majority whip Clyburn are also vulnerable to young, congressmen.

The result is that younger Representatives will naturally come to the fore after the election in 2022.

Although it seems that the aging American leadership is set well into the future, remember that, just like Brezhnev, aging politicians will eventually die. In the meantime, younger politicians like Gorbachev will consolidate power.

And remember how much Soviet and Russian politics changed after Gorbchav came to power,

The current leadership situation is expected to change dramatically in the coming years, especially in 2022 as the sands of time cause even the powerful to fall.