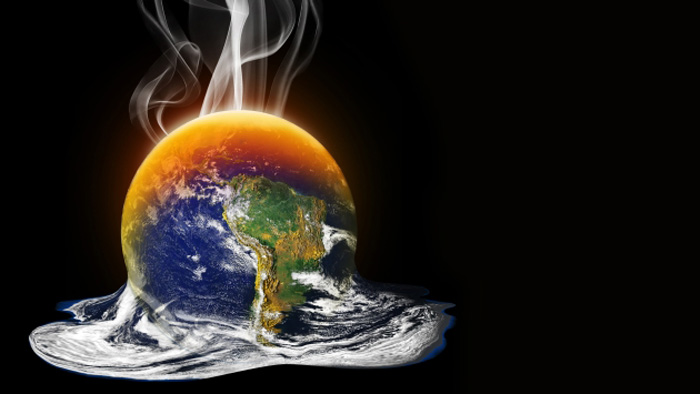 Anti-corruption campaigners achieved a number of crucial victories in 2016, not least by ensuring accountability for one of Big Oil’s most crooked deals: the acquisition of Nigerian offshore oil block OPL 245 in 2011 by Royal Dutch Shell and Eni, Italy’s largest corporation. Last December, Nigeria’s Economic and Financial Crimes Commission indicted some of the Nigerians involved, and Italian prosecutors then concluded their own investigation, bringing the executives and the companies responsible for the deal closer to standing trial.

Several months earlier, in June 2016, the US Securities and Exchange Commission published a rule, under Section 1504 of the 2010 Dodd-Frank Act, requiring oil, gas, and mining companies to disclose all payments made to governments on a project-by-project basis. If the SEC had issued its rule earlier, Shell and Eni most likely would not have gone ahead with the OPL 245 deal, because they would have had to disclose their payment. But opposition from the oil industry delayed the rule, so the companies were able to conceal their payment.

Last year also marked the first time in millions of years that the concentration of CO2 in the atmosphere reached 400 parts per million (ppm). While the Paris climate agreement was hailed as a major success when it was concluded in December 2015, many signatories have displayed a remarkable lack of ambition in upholding their carbon-reduction commitments. To understand why is to see the sheer extent to which our systems of government have been captured by the corrupting influence of vested interests.

The story of OPL 245 began in 1998, when the Nigerian dictator Sani Abacha awarded the block to Malabu Oil and Gas, which was secretly owned by Dan Etete, Abacha’s own oil minister. Thus, Etete had essentially given OPL 245 to himself. But after the Abacha regime fell, the block was taken from Malabu and awarded to Shell. This triggered a series of legal battles between Malabu, Shell, and the Nigerian government that ended only with the corrupt Shell-Eni deal in 2011.

Public documents show that the $1.1 billion that Shell and Eni paid to the Nigerian government for the deal was, in reality, being paid to Malabu. Both companies knew that this payment method, through an account created by J.P. Morgan in London, was in breach of the Nigerian constitution, and that the funds would end up in private hands.

Eni claims that it investigated the deal and found “no evidence of corrupt conduct in relation to the transaction.” Shell, for its part, says that it only paid the Nigerian government, and that it does “not agree with the premise behind various public statements made by Global Witness about Shell companies in relation to OPL 245.” But Italian prosecutors have now requested a trial for several senior Eni executives – including the current CEO, Claudio Descalzi, and his predecessor – as well as Etete and several others; and they are pursuing separate charges against four senior Shell executives.

Whether or not these prosecutions succeed, for now we can no longer celebrate the SEC’s disclosure rule, or the United States’ renewed support in creating a global standard of transparency for the extractive industries. With Donald Trump’s presidency and a Republican-controlled Congress, the SEC rule was immediately vacated under the Congressional Review Act, an obscure law that had been used only once before.

Trump’s frequently racist and misogynist campaign promised to “drain the swamp” of corruption in Washington politics. But congressional Republicans’ decision to scrap the SEC rule, which Trump quickly signed into law, was an act of pure cynicism that helps perpetuate the “corrupt” system that Trump claims he ran against.

After the oil and gas industry failed to block Section 1504 through legal action, it appealed to its friends in Congress for help. And the arguments used by its congressional proxies would be risible had the consequences not been so tragic. Senator James Inhofe, a notorious climate-change denier who has received more than $3 million in campaign contributions from the fossil-fuel industry, led the charge: the disclosure rule was an imposition from the Obama era that would be too costly to implement and add needless bureaucratic red tape. No mention was made of the costs borne by citizens when their national wealth is sold off through dirty deals, or by investors when corruption leads to prosecutions and massive fines.

To fulfill the Paris agreement, efforts to combat corruption and climate change must go hand in hand. Corruption, in the widest sense of the word, is the glue that holds the “system” together, that ensures that moneyed and powerful interests are free from rules that are meant to hold them in check. It is why governments that pledged to make large reductions in greenhouse-gas emissions have been unable to meet their commitments.

Shell, Exxon, and most other major oil and gas companies knew decades ago that their products were fueling climate change. But instead of acting on that knowledge, and changing their business model, they embarked on a massive campaign to deceive the public and lure policymakers into complacency. Not surprisingly, Shell is one of 47 major hydrocarbon producers now being investigated by the Filipino government for its role in contributing to human-rights violations stemming from climate change.

To sustain progress in the fight against climate change and corruption, environmental and anti-corruption movements will have to work together, and play to their respective strengths. If nothing else, Trump’s election, and the possibility of more populist victories in Europe this year, have given us a wake-up call.

* Lili Fuhr heads the Ecology and Sustainable Development Department at the Heinrich Böll Foundation. Simon Taylor is Co-Founder and Director of Global Witness and Co-Founder of the 2002 “Publish What You Pay” campaign for mandatory disclosure mechanisms in extractive industries.