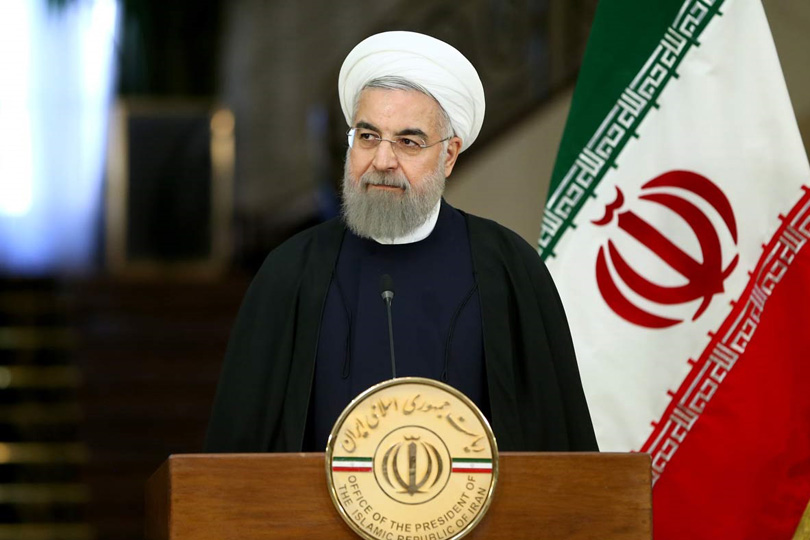 Iran’s presidential election on May 19 was paradoxical and potentially pivotal. It began as a sleepy affair – a likely victory for the incumbent, Hassan Rouhani, running against a motley crew of conservative has-beens or upstarts. Moreover, a two-term presidency has been the default in the Islamic Republic since 1981. Early attacks on Rouhani were thus seen as efforts by Supreme Leader Ali Khamenei, his conservative clerical allies, and the Revolutionary Guards to weaken and contain the incumbent in his second term.

But then the election became a heated contest, as the conservatives coalesced around a dark horse candidate, Ebrahim Raisi, a hardline jurist with a history of brutality against the opposition. The fact that Khamenei had earlier named Raisi to head the largest religious endowment in Iran was now seen not as a sinecure, but as a move to position him as a possible future Supreme Leader.

It was widely believed that a win for Raisi would virtually guarantee his success in the eventual battle to succeed Khamenei, who himself had been President when he was catapulted to the position of Supreme Leader, following the death of Ayatollah Ruhollah Khomeini. With Khamenei reported to be suffering from cancer, the question of succession has become acute. As a result, the conservatives’ considerable ideological, institutional, and propaganda apparatus was mobilized in favor of Raisi, and against Rouhani.

In response, the hitherto careful and pragmatic Rouhani threw caution to the wind and unabashedly embraced the reform movement’s criticisms of the status quo. The grassroots of Iran’s reform and democratic movement – students, women, artists, and Iran’s quietly relentless civil society – swung into action and turned the election into a surprisingly heated referendum on the country’s future.

Social media were widely used by both sides. Supporters of Rouhani used online platforms not only to mobilize voters, but also to fact-check Raisi’s proposals and expose his past actions in suppressing the opposition. More than once, Rouhani supporters subtly referred to the question of succession, by suggesting that the election was about Iran’s fortunes for the next 40 years.

Conservatives used both social media and their control of Iranian radio and television to highlight the dire economic situation and Rouhani’s unfulfilled promises that all international sanctions would be lifted after Iran agreed in 2015 to the nuclear deal with the United Nations (and by extension, the United States).

As a result, it became clear that two competing political paradigms were fighting for the soul of the Islamic Republic. The conservatives are animated by a desire to maintain their grip on Iran’s state-dominated economy; a preference for pious managers over technocrats; aversion to globalism; a proclivity to align Iran with Russia (and China) against the West, especially the US; persistent pursuit of Shia power by expanding Iran’s support for the likes of Syrian President Bashar al-Assad and Hezbollah in Lebanon; antipathy toward cultural openness; and persistent misogyny.

In the past three elections, this paradigm has usually managed to gain 15-17 million votes. (The only exception was the widely disputed 2009 election, in which the conservative Mahmoud Ahmadinejad supposedly received more than 25 million votes, giving the world the “miracle” of his second term.) In order to increase his share of the vote, Raisi promised to triple the monthly cash subsidies paid by the government to virtually every citizen.

The reformist paradigm, by contrast, advocates a more open society; a government managed by competent technocrats; an end to crony capitalism; a vigorous effort to attract foreign direct investment; less censorship; a more conciliatory relationship with Iran’s vast and powerful diaspora; and greater equality for women and marginalized religious and ethnic minorities. They also dismiss the idea of increasing cash subsidies as economically foolhardy and fiscally unaffordable.

Some 40 million of Iran’s 55 million eligible voters – nearly 73% – went to the polls, often braving long lines. Twenty-five million of those 40 million (62.5%) voted for the reformist paradigm, delivering a landslide victory to Rouhani.

At the same time, reformist candidates for city councils scored major victories throughout the country. In Tehran, for example, the reformist slate won every seat, ensuring that the current mayor – himself a conservative presidential candidate – will soon be out of a job. Even in Meshed, Raisi’s hometown and a bastion of conservative clerical power, a reformist woman candidate won more votes than any male.

And yet, if the past is any indication, Rouhani’s decisive victory does not mean the end of conservative power. Khamenei, relying on the Revolutionary Guards, has a disproportionate share of power. In any case, Iran’s future trajectory will be determined not only by Rouhani and the conservative camp, but also by regional developments and the policy adopted by US President Donald Trump’s administration.

In the 1980s, the US did not formulate its policy toward the Soviet bloc without careful consideration of political developments there. It would be folly for the US to formulate policy on Iran and the Middle East without giving domestic developments there the attention they deserve.

* Abbas Milani, Research Fellow and Co-Director of the Iran Democracy Project at the Hoover Institution, is Director of Iranian Studies at Stanford University.