Iran’s Kurds are growing restless, too 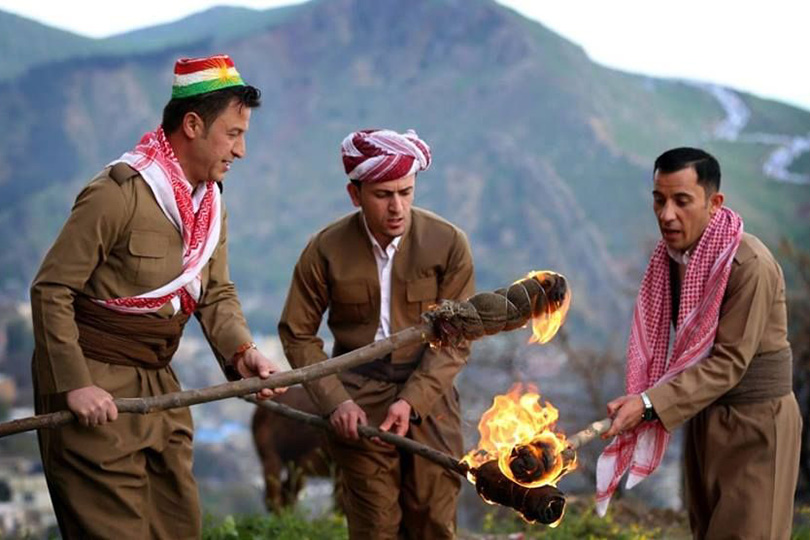 The Kurds of Iran are calling for independence just as lustily as their cousins in Iraq, perhaps even more so. While the mood in the streets of Iraq’s Kurdish cities was generally subdued and nervous after their referendum on independence on September 25th, wilder celebrations erupted across the border in Iranian Kurdistan. In the Kurdish cities of Baneh, Sanandaj and Mahabad demonstrations lasted for two days, even as armoured cars drove through the streets heralding a wave of arrests. Crowds sang the anthem of the Republic of Mahabad, the Kurdish state that briefly held sway in north-western Iran in 1946. Kurdish flags flew from lampposts.

Some Iranian Kurds talked dreamily of a state they call Rojhelat, or East Kurdistan, which would slough off the “occupation” by Ajamastan, a pejorative term for Iran. “There’s a new self-confidence among Kurds,” says Luqman Sotodeh, a prominent Iranian Kurd. “The whole world stood against the referendum, but the Kurds held it regardless.” Kurdish officials say that over 90% of voters backed independence.

The ruling clerics in Tehran, Iran’s capital, expressed outrage, threatening to crush the Kurds’ experiment in self-rule in Iraq. Likening the would-be state to another Israel (which supports Kurdish independence), they promised to reduce it to another Gaza: a besieged, impoverished and pummelled little annexe. “Remove this stain of disgrace from the Muslim world,” said Ali Akbar Velayati, an adviser to his country’s supreme leader. Only a month ago protests broke out in several Iranian Kurdish cities and were quelled by tear gas.

Iran fears also that its perennial foes, Israel and Saudi Arabia, may be tempted to use an independent Iraqi Kurdistan as a springboard for making trouble across the border in Iran, much as Iran uses its Lebanese proxy, Hizbullah, to threaten Israel across its northern border. Moreover, Iran has many ethnic groups to contend with. If the Kurds were to get frisky, fret Iran’s rulers, then their own Arabs, Azeri Turks, Baluchis and other minorities, who make up nearly a third of Iran’s mainly Persian state, might follow suit.

A separatist Baluchi group killed ten Iranian border guards in April. In May Arab militants attacked a police station in Ahvaz, a turbulent Arab city in the province of Khuzestan, which abuts Iraq’s south-eastern border, killing two policemen. There has also been a steady infusion of Sunni Iranian Kurds into the ranks of Islamic State (IS), which calls for the overthrow of Iran’s Shia regime. An IS attack on Iran’s parliament and Ayatollah Khomeini’s shrine was probably carried out by jihadist Iranian Kurds.

The four countries surrounding Iraqi Kurdistan—Iran, Syria, Turkey and the rump of Arab Iraq—all fear that the referendum may provoke a resurgence of Kurdish nationalism. Syria is thought to have over 2m Kurds, Iraq 5m or so, Iran 5m and Turkey 18m. Turkey has placed tanks on the edge of the statelet. Its president, Recep Tayyip Erdogan, has threatened to shut off Kurdistan’s only pipeline exporting its oil and close its borders.

Of this quartet Iran has historically had the most to worry about. For seven centuries its Kurds had their own more or less independent fief, known as Ardalan, nestling in the mountains between the Ottoman and Persian empires. Turkey’s Kurds are pretty distinct from Iraq’s, since the Turkish ones are predominantly Alevi (some call them Shias). But Iranian Kurds are much closer to Iraq’s. They speak the same dialect, Sorani. Most of them follow the same Shafi school of Sunni Islam. Their political movements tend to affiliate with each other across the border.

Were Iranian Kurds to start a serious revolt, Iran’s forces would have the upper hand. It took but a few months for them to smother the Mahabad Republic in 1946. And after Iran’s Islamic revolution in 1979 a Kurdish rebellion was promptly put down, leaving around 10,000 people dead. Nevertheless, this referendum has spooked Iran’s leaders all over again.