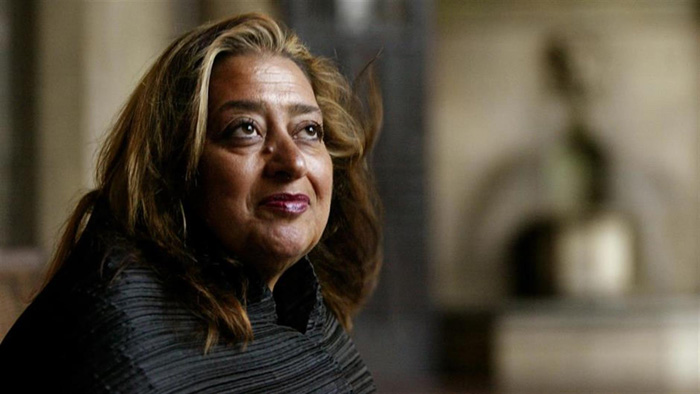 Architect Zaha Hadid, who died Thursday at the age of 65, was a prodigious “form giver,” to recall Eero Saarinen’s description of Swiss-French modernist Le Corbusier. Such figures come along but rarely in an architectural generation, and their significance is sometimes only clear with the passage of time: Le Corbusier gave us simplified geometries and open plans; it was left to later designers to figure out how to activate and enliven them.

Hadid did the reverse — producing a universe of stunningly intricate shapes, interiors like lunar landscapes, and swirling, curvilinear façades. In projects like the Guangzhou Opera House and Rome’s MAXXI Museum, she showed how far digitally assisted design techniques could go, creating an architecture of seemingly limitless plasticity and dynamism. But while her buildings sometimes make stunning icons, it’s uncertain how her visual language will be adapted to the pressing social questions — housing, climate change, inequality — currently preoccupying much of the profession of architecture. If, that is, it can be at all.

In many ways, the proving ground for both the promise and peril of Hadid’s approach has been the Middle East, a region with which she had, to say the least, a special relationship. She was born there, in Baghdad; her family was deeply involved in Iraqi politics, and she was shaped by their cosmopolitan outlook as well as by the frustrations of liberal reformers in the Muslim world after mid-century. Educated chiefly in Europe, her early career and professional reputation were made in the West, where she executed all of her early projects. But once elevated to the status of “starchitect,” she quickly followed the path beaten by many of her contemporaries, first to China and then to the ever-more affluent cities of the Arabian Peninsula.

In 2010, the Sheikh Zayed Bridge in Abu Dhabi became her first completed project for an Arab client. A multi-ribboned span spiked with gently arching lamp standards, the structure is as straightforward an expression of Hadid’s arresting hypermodernism as has been built to date. While many of her peers have seemed intent to doll up their Middle Eastern projects in the equivalent of Bedouin drag, replete with “Arabic” traceries and Islamic-inspired domes, Hadid — perhaps precisely because she was Arab herself — felt little need to make the bridge “fit in.” In other contexts, this willed irreverence has been problematic (the MAXXI Museum, for example, seems almost contemptuous of its older urban surrounds); in Abu Dhabi, it was a welcome relief.

It was an approach she stuck to as the pace of commissions picked up rapidly. The Central Bank of Iraq, the Sharjah headquarters for the waste management company Bee’ah, a performing arts center in Abu Dhabi, a metro station for Saudi Arabia, a petroleum research center also for Saudi Arabia, office interiors and residential high-rises for Dubai — the list is long. And if much of it sounds unfamiliar, don’t worry: Most of it hasn’t actually been built, at least not yet. Many of her biggest commissions, including a mountain range of an opera house proposed for Dubai, have fallen victim to shifting economic priorities and the caprice of the region’s leaders; still others, like the Iraqi Parliament building, are underway but only creeping along. Hadid’s untimely death leaves much of her architectural legacy in the Middle East intestate, and there’s no knowing how many additional projects might have been on the boards that will never see daylight now.

What she did accomplish, however, was more than enough to have a lasting impact. Hadid had special appeal for the sheikhs and political grandees responsible for the Middle East’s recent grand projets: She could be held up to their countrymen as one of their own, Muslim and Arab, while as a woman she could stand for their progressive bona fides to the outside world. Hadid returned the favor: She backed away from a museum project in Israel in the mid-2000s, concerned that it would alienate prospective Arab clients. Her lavish futurism afforded the Middle East an image of itself wholly divorced from its problematic past and present, while the deep pockets of the area’s builders gave Hadid the lifting power to realize her outsized ambitions. She became, for good and ill, a one-woman cultural conduit, an ambassador of contemporary architecture to the region.

At times, she could also be an apologist for the region’s troubles. Her most memorable dustup came in 2014, while working on Qatar’s 2022 FIFA World Cup stadium. Amid widespread reports of labor abuses involving the Middle East’s mainly imported South Asian construction workers, Hadid told the Guardian that such issues were “not my duty as an architect to look at.” Critic Martin Filler of the New York Review of Books accused her of indifference to the deaths of workers on the Qatari site, prompting Hadid to sue the magazine. She had a case — no worker deaths had actually occurred at the time the article was written, and the publication ultimately issued a retraction and settled for a customary “undisclosed sum.” But Filler had hit on a deeper truth: Hadid was an architect of the eye, and her sensational projects with their extravagant budgets were sometimes jarringly out of sync with the fraught political conditions in the countries (and there were so many others, from Azerbaijan to China to Russia) where her practice was most active.

That, too, perhaps, is part of the form-maker’s remit. Le Corbusier cozied up first to the Soviets and then to the Nazis; he broke with both not out of political conviction, but because neither regime would give him any work. Hadid found a far more receptive audience in political forces of an ambiguous and complex character. Perhaps, ironically, the forms she gave them were no less complex, shifting from every perspective while also forcing constant shifts in perspective. In that regard, at least, her buildings were a perfect fit for a changing Middle East, racing toward modernity against the constant pull of the past