The Worrisome Mystery of a Saudi Journalist’s Whereabouts 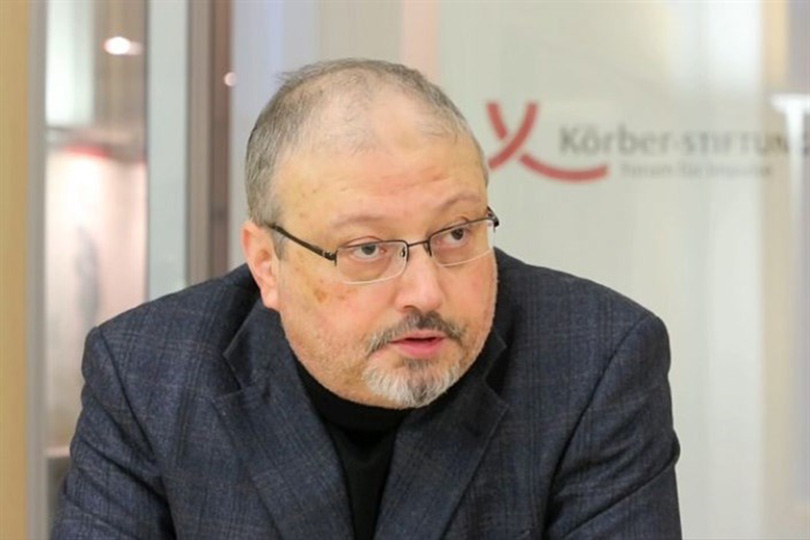 If Riyadh did in fact order Khashoggi’s detention, it may be miscalculating the likely negative impact on U.S. diplomacy and Western investment.

The prominent exiled Saudi journalist Jamal Khashoggi is missing. As I write this, he is either in the Saudi consulate in Istanbul, where he had gone to pick up a document, or, with or without the connivance of Turkish authorities, he has been flown back to Saudi Arabia.

Like many other journalists or diplomats whose work involves the kingdom, I regard Khashoggi as a contact with interesting perspectives, and also a friend. After I emailed him saying I liked an interview he gave to The Economist on July 26, he replied, “Thanks, we need to catch up and meet soon, whenever you are free. I'll be back Aug. 4.” I was away most of August, and September flew by. Trivially put, I don’t think he and I will be having lunch soon.

Khashoggi’s potential sin was to criticize, albeit obliquely, Saudi Crown Prince Muhammad bin Salman. In The Economist interview, he said: “I am writing a forthcoming piece in which I suggest why Muhammad bin Salman needs a free press. … The crown prince is engaging in major economic transformation. And since there is no one to debate it, to discuss it, he will not see the faults of these transformations.”

In a column for the Washington Post on Aug. 7, Khashoggi wrote: “... Failing to criticize creates an atmosphere that empowers authoritarian rulers to deny civil rights to their own people.”

He also showed some sympathy for political Islam. In his Post column on Aug. 28 he wrote: “There can be no political reform and democracy in any Arab country without accepting that political Islam is part of it. … It seems clear … that the only way to prevent political Islam from playing a role in Arab politics is to abolish democracy, which essentially deprives citizens of their basic right to choose their political preferences.”

These lines are at odds with MbS, as the Saudi crown prince is known, who seems increasingly authoritarian to some observers and is implacably opposed to political Islam. The latest iteration of his opposition is a conference entitled “Cultural Rapprochement between the U.S. and the Muslim World,” being arranged by the Saudi-funded Muslim World League in New York City tomorrow and Friday. (One hopes the attendees will discuss the fate of Khashoggi.)

While the United States and much of the world regards MbS’s rejection of old-style Saudi hardline, if not extremist, Islam as a gigantic plus, his record in foreign policy is patchy. The Saudi-led coalition in Yemen cannot win the war there without “unacceptable humanitarian casualties,” as a European diplomat told me last week. The rift with Qatar continues. The forced resignation of Lebanese Prime Minister Saad Hariri was short-lived. The recent fuss with Canada is still at the name-calling stage: “We are not a banana republic,” according to the Saudi Foreign Minister Adel al-Jubeir.

If it is confirmed that Khashoggi has been detained and/or flown back to the kingdom, MbS clearly has not calculated the likely impact in Washington, where Khashoggi has been living. MbS also may be underestimating the effect of such actions on his investment climate — he wants and needs western investment. Investors may welcome a firm government, but they don't like unpredictability and anything that might upset shareholders. So, what is MbS thinking? As my European diplomat contact put it: “I know what MbS says; I don't know what he thinks.”

If nothing else, Khashoggi's apparent disappearance, if tied to his criticisms of the kingdom, would suggest that the new Saudi Arabia remains very sensitive. Despite many years of writing about the kingdom, and two studies of royal succession (“After King Fahd” and “After King Abdullah”), I have never been granted a visa to visit. A Saudi friend once told me, “We talk about succession all the time, but why do you have to write it down?”

A few years ago I was in a meeting in Washington with a senior Saudi official who ended his discussion by offering: “If anyone here wants a visa, let me me know and I shall help you to get it.” I replied, “You will help me get a visa?” He responded: “We will give you a visa, and then we will keep you.” Everyone laughed, except me.

* Simon Henderson is the Baker Fellow and director of the Bernstein Program on Gulf and Energy Policy at the Washington Institute for Near East Policy.