Islam and The Extreme tribe-devoted ideology 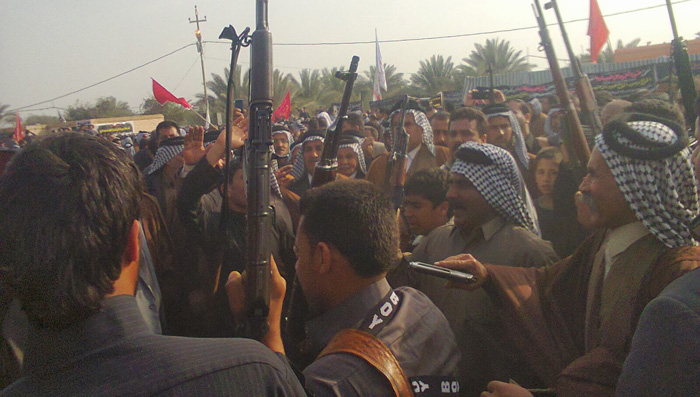 Unsurprisingly, tribal values have had a strong influence on positively shaping the social and political relationships. Tribes, back to the prophet’s time laying down the foundations of Islam, had seriously played a significant role in supporting the prophet’s Islamic mission. However, in order not to look at things through rose-tinted spectacles to glamorize tribes, I have written this article to more openly focus on some of the tribal traditions which are not approved by the religion of Islam.

Now, it is worth putting this question forward; is it religiously permissible for Muslims to derive their laws and mores from the traditions of tribes?

As a matter of fact, it is an obligation that all Muslims base their laws and mores on the Islamic principles found in the Holy Quran and the Prophetic quotes, and not to depend on the tribal traditions or any other man-made ideology.

Allah, glorified be He states in the Holy Quran:

“And in whatsoever you differ, the decision thereof is with Allah. Such is Allah, my Lord in Whom I put my trust and to Him I turn in repentance.” ((Surah al-Shura - Verse 10))

Islam is not a religion of compromise; rather, it is a complete way of life, within which human-beings can definitely have all their questions answered and all their needs met. If one is to trace the history of Arabs, they will find that those people have, and almost from the very dawn of their civilization; been governed by the tribes. Yet, Islam does not call for the eradication of such concept, however, it confirms that all tribal traditions should completely go hand-in-hand with the Islamic principles.

The following verse has been revealed to deeply instill this concept in the Muslim communities;

“O mankind! We have created you male and female, and have made you into nations and tribes that you may know one another. Verily, the most honorable of you, in the sight of Allah, is the most pious. And Allah is All- knowing, All-aware.” ((Surah Al-Hujuraat, verse 13.))

Undoubtedly, the above verse clarifies and identifies what is the purpose of a tribe, it is not about being extremely devoted to one’s tribe even if it is not compatible with the Islamic concept, otherwise, it would be an anti-conceptual mentality that serves private agenda. Allah wants people to live in harmony with each other, to base their relationships on love and mutual respect not on tribal bigotry and fanaticism.

As we read the history of Europe, irrespective of other forms of corruption, we see those nations could liberate their societies from being ruled or controlled by tribalism. Instead, they basically based all their life on laws and this is the key-element of their success and prosperity.

Unfortunately, most of the tribes in the Arab world are totally against what the religion of Islam calls for. To closely examine the rules of today tribes, a person would be off his head of their practices. In this regard, a one good example, which is still active in the tribal system, is indeed worth-mentioning to fully describe how tribes violate the Islamic rules. If two tribes happens to fight each other and one of them lost a number of its men. Now, in compromising this fight; the tribes whose men killed the opponent tribes’s men should, in some cases, allow the relatives of those who were killed to marry women from their tribe (from the tribe whose men killed).

The above example briefly sheds light upon the miserable status of woman in the areas dominated and controlled by tribes. She is extremely deprived from all her rights and is merely considered as a tool in the hands of men, or she is more like a piece of wax they can shape it the way they like. Moreover, in some tribes women are not allowed to go to school to get education and instead are imprisoned in houses.

Regrettably, freedom of expression is also another anti-Islamic phenomena found almost in most tribal practices. It is that when the head of the tribe approves of an action or rule, now no-one has the right to disagree or discuss the matter any further. These traditions tend to keep its people not able to think outside of the box and eventually cannot broaden their intellectual horizons.

This is why Islam strongly denounces extreme tribalism. In one prophetic quote, the prophet Mohammed (pbuh) openly states that practicing this action, a person would be excluded from the circle of Islam:

The Holy Quran is openly inviting us to walk away from any pre-Islamic tradition and to adhere to the Islamic principles and rules revealed by Allah upon the seal of prophet-hood, namely prophet Mohammed (pbuh).

Islam is sent as a mercy to humanity and as a guiding light to enable people to throw off all the shackles of ignorance and to embrace the Islamically civilized codes of life.

As Muslims, we are obligated to comply with the words of Allah and to completely refrain from all that He prohibits and to be obedient to his rules.