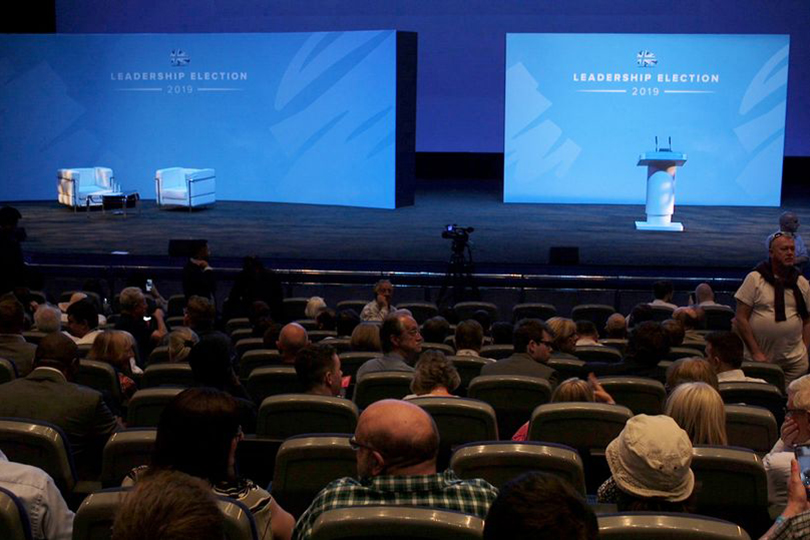 Boris Johnson and Jeremy Hunt have been challenged to tackle Tory Islamophobia after a shocking poll revealed the extent of anti-Muslim sentiment in the party.

Almost half of Tory party members (40%) believe the Government should "lower the number of Muslims entering Britain," according to the survey.

The results of the YouGov poll for Hope Not Hate also show more than two thirds of those questioned (67%) believe the lie that parts of Britain operate under Sharia law.

The poll shows 45% also believe the falsehood, bolstered by Donald Trump, that there are "no go" areas for non-Muslims in the UK.

And it shows 39% believe "Islamist terrorists reflect a widespread hostility to Britain amongst the Muslim community".

The 160,000 Tory members are the sole electorate who'll decide between Jeremy Hunt and Boris Johnson to choose the next Prime Minister.

Matthew McGregor, Hope Not Hate’s campaigns director said: “From the grassroots to the great offices of state, Conservative members buy into racist myths, with almost half unwilling to have a Muslim Prime Minister – and only 8% being proud to have one – and most denying that there’s even an issue to confront.”

In an open letter to both candidates, Hope Not Hate have demanded they publicly acknowledge the problem and set up an independent investigation to tackle it.

The letter reads: “There appears to be a serious problem with Islamophobia in the Conservative Party. Evidence compiled by the Muslim Council of Britain and others shows a systemic issue within the party that affects it at every level – from the Cabinet, to council chambers, to the grassroots."

Urging both candidates to make a public commitment to tackling the issue, the letter reads: “This issue will not disappear on its own – it cannot be wished away. Islamophobia in the party can only be rooted out if the party leadership commits to taking concrete action to do so.”

It also calls on the party to agree to and publish a definition of Islamophobia.

Closing the letter, Hope Not Hate chief executive Nick Lowles adds: “It is time for the next leader of the Conservative Party, and this country, to show real leadership and tackle the issue of Islamophobia within your party. HOPE not hate is on hand to be a partner in this work”

The Tory party has been hit by damaging allegations of Islamophobia and has been criticised by senior Muslim Tory politicians for failing to call it out.

he chair of the Conservative Muslim Forum has pledged to rip up his 36-year-old membership of the party if Boris Johnson - who described Muslim women as "bank robbers" and "letter boxes" makes it to No 10.

It comes after Home Secretary Sajid Javid got all his leadership rivals to endorse an inquiry into the anti-Muslim racism in the Tory party should they win the contest.

Expert: approving budget under a caretaker government is a constitutional breach