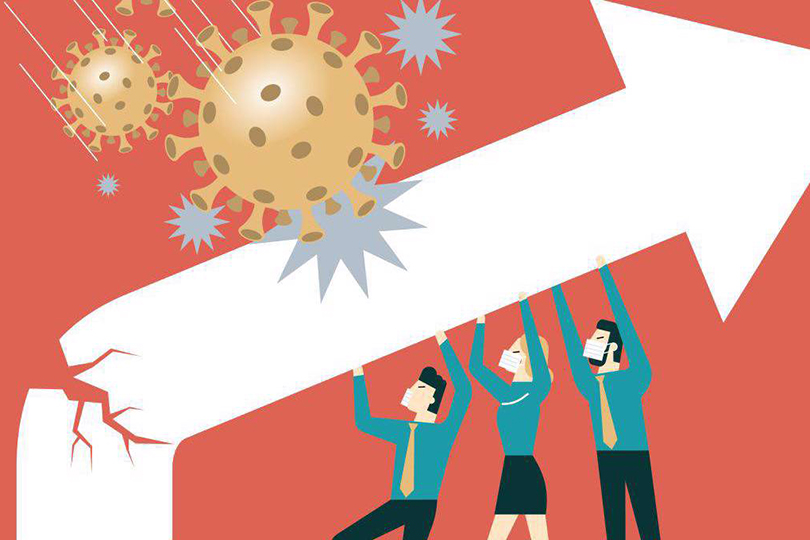 After initially responding to the pandemic-induced economic crisis with an initiative to postpone developing countries' debt payments, the G20 has now come back to the table to offer a more plausible solution. But the new common framework for restructuring sovereign debt should be merely a first step in a longer process.

A global collapse in economic activity during the COVID-19 pandemic has significantly increased the risk of debt distress in many countries, pushing the poorest ones to the brink. In response, various international organizations have unveiled a number of initiatives to forestall circumstances necessitating between responding adequately to the public-health crisis and servicing existing debts.

Most notably, the G20 has established a Debt Service Suspension Initiative (DSSI), that allows the world’s poorest countries to suspend official bilateral debt-service payments until next year. And this month, G20 leaders adopted a new common framework to address sovereign-debt restructuring needs on a case-by-case basis.

For poorer countries grappling with the pandemic, debt not only limits their fiscal space for responding to the crisis but also forecloses on future development. Faced with the sudden costs of the COVID-19 crisis, many countries that are already struggling to service existing debt have needed fresh financing, only to find that it is too difficult or expensive to borrow more. And even if they can manage to do so, the additional debt burden will hamper them for years, limiting their prospects for growth and development.

Far from involving a few unfortunate countries on the margins, today’s sovereign-debt distress poses a potentially systemic risk. Since 2014, total sovereign debt as a share of GDP has not only risen substantially; it has also become more fragmented, owing to the use of more diverse debt instruments among a wider range of creditors.

Given these circumstances, the global financial safety net urgently needs to be broadened beyond the support currently offered by international financial institutions such as the International Monetary Fund and the World Bank. To that end, the DSSI took the first step by suspending principal and interest payments on debt falling due between May 1, 2020, and June 30, 2021 (having been extended from December 31, 2020), thereby expanding the safety net for at least 77 developing countries.

But while the DSSI offers some respite, it also merely kicks the debt-repayment can down the road, leaving the deferred payments to be repaid in full between 2022 and 2024. Debtor countries thus will have to make up the difference with larger repayments, and might even need to borrow more to service their frozen debt, in addition to any other debt taken on during the COVID-19 crisis. The 46 countries that have applied for debt suspension so far eventually will have to cover $5.3 billion of postponed payments, on top of $71.54 billion of pre-existing commitments; and any other debt contracted since the COVID-19 outbreak will be added to the burden.

Although the G20’s latest debt initiative misses the mark on many counts (particularly when it comes to addressing the asymmetries between debtors and creditors), it has at least put a common framework for debt reductions squarely on the international agenda. The new initiative has two distinct merits. First, by allowing for a case-by-case approach, it addresses a specific concern raised by private-sector creditors, a key constituency that was not included in the DSSI.

Second, the new framework brings China on board, having overcome some initial resistance stemming from the definition of a state-owned bank (which raised concerns that the China Development Bank and China Export-Import Bank would themselves be exposed to debt restructuring). Because China holds about 63% of overall debt owed to G20 member states, its participation is critical for the initiative’s success.

The common framework is an important first step in the right direction. But the G20 cannot stop there; the initiative needs to be expanded into a common scheme for sovereign-debt restructuring. Sovereign debt is the only debt class without a bankruptcy mechanism. While individuals and companies can declare bankruptcy, a country cannot.

So far, the international community has relied on a contractual approach to prevent and resolve sovereign-debt problems. But this method often involves deep asymmetries between the treatment of debtors and creditors, resulting in an inequitable distribution of losses among different types of creditors. We need a multilateral agency specifically tasked with coordinating creditors, sharing information, and reducing the scope for information arbitrage.

In addition, the new framework should assist debtor countries throughout the restructuring process. For example, as the IMF has already suggested, the G20 should task international financial institutions with providing limited financing in order to give debtors some negotiating space to secure a sustainable debt-restructuring deal.

To tie everything together, the G20 should draw on its Operational Guidelines for Sustainable Financing to promote responsible lending and borrowing alongside orderly, multilateral debt restructuring. It should also support debt transparency and provide the necessary technical assistance, so that countries can strengthen their debt management capacity before finding themselves in debt distress.

Clear procedures, transparency, oversight, and accountability for managing sovereign debt are broad public goods. All people deserve to be fully informed about the steps their respective countries undertake when they borrow internationally, just as they should be aware of their countries’ debt obligations and liabilities. A framework that clarifies each step in the process of incurring a debt – including the necessary checks and balances – is critical for ensuring responsible borrowing (and lending) more generally.