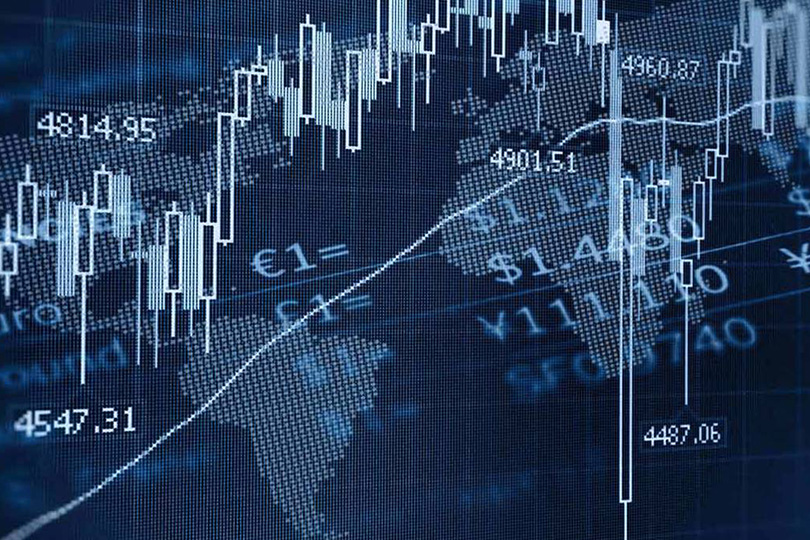 Market movements this month have led to renewed fears that changes in US financial and monetary conditions will trigger a painful wave of capital flight from emerging markets...

Market movements this month have led to renewed fears that changes in US financial and monetary conditions will trigger a painful wave of capital flight from emerging markets, as happened in 2013. But times have changed, and the greatest risks to emerging markets now lie elsewhere.

In early July, the yield on US ten-year Treasury bonds fell to its lowest level in four months, and stock markets dipped on fears that this year’s rosy projections for economic growth will not be borne out. Still, the prevailing view is that the recent spike in inflation will be transitory, allowing the US Federal Reserve to pursue a smooth unwinding of its balance sheet at some point in the future.

This month’s market episode can be partly traced back to February and March of this year, when US long-term rates rose in anticipation that the Fed might soon start tightening its monetary policy. With US President Joe Biden’s large fiscal packages came new fears about inflation and economic overheating. Ten-year Treasury yields duly rose from below 1.2% to close to 1.8% before stabilizing and falling back to previous levels this month.

Though there were some jitters following the June meeting of the policy-setting Federal Open Market Committee, when some FOMC members assumed a more hawkish attitude, the Fed nonetheless managed to keep markets cool by promising to give plenty of advance notice before beginning to taper its monthly bond purchases. Since then, interest rates have declined at a notable pace.

But uncertainties remain for emerging markets, most of which suffered capital flight as a result of the February-March tantrum and the attendant hike in US market interest rates. Although these outflows have since reversed, there is always a possibility that the Fed will feel obliged to change tack, leaving open the question of whether we are heading for another “taper tantrum” of the kind that shook global markets in 2013.

Recall that in June of that year, then-Fed Chair Ben Bernanke suggested that the FOMC might soon start to slow down its bond purchases. With that one passing statement, Bernanke unwittingly triggered a wave of interest-rate hikes and capital flight from emerging markets.

At the time, the “fragile five” – South Africa, Brazil, India, Indonesia, and Turkey – had high current-account deficits and a strong dependence on inflows of foreign capital. For years, they had experienced the spillover effects of ultra-loose US monetary policies, which sent investors seeking higher yields in emerging markets. When Bernanke raised the possibility of gradual monetary-policy tightening, investors briefly panicked.

Another bout of capital outflows from emerging markets occurred in May 2018, when the Fed really did start to reduce its asset holdings; but this tapering – followed by a sell-off in US bond markets and dollar appreciation – was halted in 2019. This time, the “fragile five” had been reduced to the fragile two of Turkey and Argentina, which both had high current-account deficits and an acute vulnerability to exchange-rate fluctuations, owing to their large volumes of foreign-currency debt.

That brings us back to this year. According to the Institute of International Finance, the February-March market tantrum was enough to generate a significant reduction in non-resident portfolio flows to emerging markets. Although these losses were partly recovered over the following three months, worries of a “taper tantrum 2.0” will remain salient over the next two years, especially if it starts to look like the Fed will tighten faster than it is currently projecting.

But it is important to remember that we are no longer in 2013. Back then, the fragile five’s current-account deficits averaged around 4.4% of GDP, compared to just 0.4% today. Moreover, the flow of external resources into emerging markets in recent years has been nowhere close to as large as in the years before the 2013 tantrum. Nor are real exchange rates as overvalued as they were then. With the exception of Turkey, the fragile five’s gross external financing needs as a proportion of foreign reserves have fallen substantially.

Two additional mitigating factors are also worth considering. First, if stronger economic growth drives up US interest rates, positive trade linkages for some emerging markets might help to offset any negative financial spillover. Second, it is reasonable to assume that the Fed will offer more appropriate “signaling” this time around, thereby minimizing the risk of another panic episode.

What about the problem of “twin deficits” in many emerging economies? One cannot dismiss the fact that emerging markets suffered large capital outflows last year just as their fiscal deficits were rising in response to the pandemic. But despite the COVID-19 crisis, emerging markets generally have been able to finance their larger fiscal deficits by relying on domestic investors and, in some cases, their central banks. And starting in the second half of 2020, purchases of government securities by non-residents in some emerging markets started to pick up again.

True, because some issuance of foreign-currency-denominated securities may still be necessary, the risks associated with changing foreign-exchange flows have not been eliminated entirely. Countries like Colombia and Chile still have relatively high levels of dollar-denominated debt, and in some emerging markets, portfolio inflows will remain crucial to financing fiscal deficits.

But, ultimately, the bigger risks facing emerging markets lie elsewhere. Rather than worrying about another taper tantrum, we should be more concerned with the slow pace of immunizations leading to an anemic post-pandemic recovery; commodity price hikes generating inflation; and economic strategies that merely restore the low growth rates of the pre-pandemic era.