An Infrastructure Plan That Would Actually Work 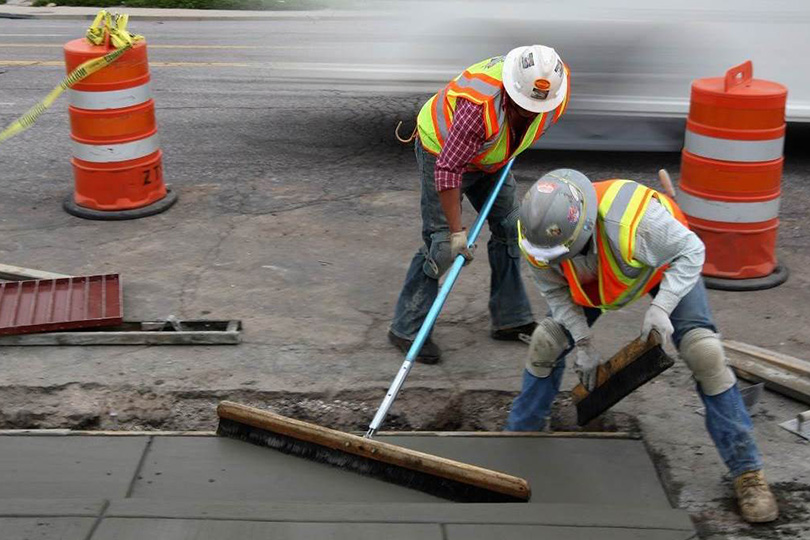 From roads and bridges to airports and rail lines, US infrastructure has fallen into neglect and disrepair, prompting a search for new methods of funding, such as privatization and franchising schemes. But rather than leasing and selling off public assets, why not tap their latent investment value?

US President Donald Trump’s plan to boost infrastructure spending through tax credits has received a cool reception from investors. His long-awaited proposal to upgrade and repair America’s crumbling roads, airports, bridges, tunnels, and other infrastructure will come to nothing unless all sides are open to new thinking about how such projects are to be financed.

Currently, infrastructure investments are paid for either with taxes or through user charges such as tolls. But there is an alternative for unlocking public wealth at the local level: professional management of existing public assets.

This does not mean asset recycling or privatization by another name. If privatization is to increase the resources available for funding public infrastructure, assets must be sold for more than the present value of the profits they generate under public ownership.Local politicians and voters have understandably grown skeptical of franchising schemes that separate public funding from the provision of goods and services.

There are plenty of examples to show that taxpayers can lose out on poorly structured franchise deals. In 2008, the City of Chicago leased its parking meters to a private consortium for almost $1 billion less than what it would have received in revenues over the course of the 75-year lease. Even after a public backlash against rising parking fees, the city could no longer change its parking policies without compensating the franchise investors.

Such undue transfers of public wealth to the private sector are largely the result of governments’ inability to manage commercial risk. Without effective oversight and accountability, financing schemes such as public-private partnerships too often award managerial responsibility to the private sector while foisting capital costs on taxpayers and end-users. It is not surprising that a public backlash would follow.

And yet local governments’ vast commercial assets could generate a significant positive future cash flow if they were consolidated and professionally managed by an independent government-owned holding company. As we show in a new Citi GPS report , public commercial assets represent a potential goldmine; but they have been underutilized, owing to fragmented ownership arrangements, inaccurate or opaque accounting, and suboptimal and outdated governance structures.

According to conventional estimates, the book value of federally-owned commercial assets in the United States is almost equal to annual GDP – around $16 trillion. If those assets are under competent management, the market or fair value is likely to be even higher than the book value.

The total value of commercial assets owned by state and local governments is sure to be of the same magnitude, or larger. After all, local governments own and operate most airports and ports, as well as utilities such as water, sewerage, and electricity – all of which are in desperate need of funding. But real estate comprises the bulk of public commercial assets. By some estimates, publicly owned assets account for as much as one-quarter of the total market value of real estate in a city or county. At the same time, many localities need additional funding for affordable housing.

All told, this public wealth represents a substantial opportunity for investors, local governments, and society as a whole. If professionally managed, the yield from such a vast portfolio of commercial assets could fund not just critically needed infrastructure investments, but also any other public goods and services that are in demand.

The key is to consolidate each municipality’s commercial-asset portfolio into independent, professionally managed Urban Wealth Funds (UWFs) that are protected from short-term political influences. A UWF would have the clout to interact on an equal footing with the private sector. And, it would have the means to channel the untapped value of the entire portfolio toward infrastructure investments and other public programs, which would then generate new returns.

In terms of governance structure and adherence to international transparency standards, a UWF would be comparable to a publicly listed company. Its executives would have incentives to plan investments with a view to the decades-long lifespan of an asset, rather than gearing projects to political cycles measured in months or years.

Moreover, a UWF would have an independent balance sheet, allowing it to fund the maintenance costs that often account for four-fifths of a project’s total expense. And because it would be funded by the returns on its own portfolio, it would not have to compete with other claimants for government budget outlays. At the same time, the government itself would have collateralizable assets to back its debt, rather than having to rely solely on future tax revenues.

A properly designed and managed UWF could act as both the financier and manager of commercially viable new projects in infrastructure and other services. Not only would it free taxpayers from having to provide additional funding; it would also enable local governments to double their total current spending on infrastructure and maintenance, assuming annual returns above 3.5%. Best of all, politicians across the political spectrum would be able to support such a proposal.

We already have the means to start upgrading and repairing the country’s transportation, power, water, and communications infrastructure. We need only tap into the country’s neglected stores of public wealth.