Amid Global Economic Uncertainty, What Do You Anticipate Will Be the Trend in Oil Prices in the Coming Year? 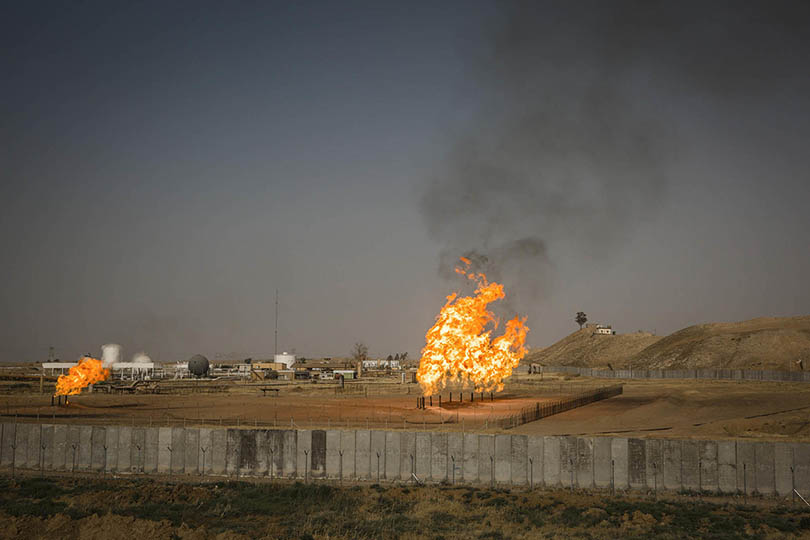 A regular survey of experts on matters relating to Middle Eastern and North African politics and security.

Paul Stevens | Distinguished fellow for energy, environment, and resources at Chatham House, the Royal Institute of International Affairs, in London

Two factors will determine oil prices in 2020. First, is the balance in the market. In 2020, demand will weaken as recession and a trade war between the United States and China become real. Supply will grow, driven by the weakening of the “OPEC plus” agreement to constrain supply and the shale technology revolution increases U.S. production.

Second, are geopolitics and market perception. Recently, fear of war in the Gulf, given deteriorating relations between the Unites States and Iran, has offset oversupply in the market and has kept prices fairly stable. In 2020, it is likely that, absent a shooting war, over-supply will win out and prices will gradually weaken despite efforts by Saudi Arabia to protect price. Other producers seeking greater market share would offset any Saudi production cuts. However, war in the region seems ever more likely. Inevitably, if that happens it would create a significant oil price shock.

In the short term, global economic growth will play a central role in determining oil prices. Escalation of U.S.-China trade tensions, tighter credit policies in China, and the gradual adjustment of monetary policy in the United States are some key causes for concern. If downside risks to the economic forecast begin to materialize, it will have a negative effect on oil demand.

The supply side of the oil story is equally important as it has fundamentally changed compared to only a decade ago, thanks to the massive increase in unconventional production in North America. Unlike conventional oil, tight oil responds quickly to changes in prices. The change can be seen in the modest reaction of oil prices to rising tensions and unrest in key producing regions—a far cry from what the world was accustomed to before tight oil.

Oil prices have been moving in a well-defined range of $10 above or below $60/barrel, despite daily volatility. This situation is likely to continue for at least the rest of the year into early next year. The combination of more elastic supply, an increase in spare capacity thanks to production cuts by OPEC and its allies, the so-called “OPEC plus,” and expected downward pressures on demand over the long term, are forcing conventional producers to revisit policies as they try to safeguard market share at appropriate price levels.

Oil prices are likely to remain under pressure in 2020 because trade wars and slowing economic growth have weakened the growth in oil demand, in a structural environment where the U.S. shale revolution has reduced fears of resource scarcity. Despite the commitment from Saudi Arabia and Russia to manage oil markets to ease the absorption of rising U.S. oil exports, and two key geopolitical disruptions to supply from Venezuela and Iran, there is no sign yet of an end to the current cycle of oil supply surplus. The oil industry has adapted to the lower prices, and now oil markets will be weighed down by weaker growth in world oil demand.

The Trump administration’s maximum pressure campaign against Iran will continue to impact oil markets, but this status quo is not likely to be sustained and President Donald Trump faces two choices: either to embrace the escalation encouraged by the hawks around him and intensified by Iran’s aggressive reactions, including nuclear enrichment and limited military actions; or embrace the role of dealmaker and seek diplomatic pathways. Trump has repeatedly indicated that he is leaning towards the latter, but getting Iran to the negotiating table is likely to be conditional on easing its oil exports. The possibility of renewed export waivers on oil is part of the package that mediators between the U.S. and Iran are proposing, providing another factor weighing on oil prices.

The cyclical, structural, and political challenges to oil prices in 2020 have not stopped Saudi Arabia from continuing to target prices in the $70–$80/barrel price band, despite the number of contradictions and challenges that this entails. Saudi Arabia is attempting to lift prices in a slowing demand environment, despite the reluctance of Russia, its closest partner, and above the price range required to structurally slow U.S. shale growth. The changes made last week to the Saudi decisionmaking structure have reinforced the view that Saudi Crown Prince Mohammed bin Salman remains focused on going through with an Aramco IPO later this year or in early 2020, and signal that the Saudis plan to continue to try propping up prices. Targeting prices above the $55–$60/barrel price band, the preferred target of shale producers and Russia, will be very challenging in 2020 and is likely to be tested soon if demand does not improve.

Bassam Fattouh | Director of the Oxford Institute for Energy Studies and professor at the School of Oriental and African Studies, University of London.

Despite the deterioration in the macro sentiment, the physical oil market fundamentals look relatively benign with the large outages in Venezuela and Iran, deep cuts from Saudi Arabia, and the slowdown in U.S. shale growth restricting supplies to the market and limiting the building of stock. Therefore, we could see the oil price recover from the low levels reached recently, unless the global economy takes a turn for the worse. But regardless of what happens to the oil price, the perceptions have now changed from oil scarcity to abundance and from peak oil supply to peak oil demand. And with U.S. shale as a source of flexible supply with large potential, prospects for the long-term oil price have changed and Middle East oil exporters must continue to adjust their economies to a lower price environment and diversify their economies. The oil and gas sector will continue to play a key role in the diversification process as the main revenue generator. However, it also has to play a more active role by fostering backward and forward linkages and creating new industries and integrating renewables into the energy systems of oil producing countries.