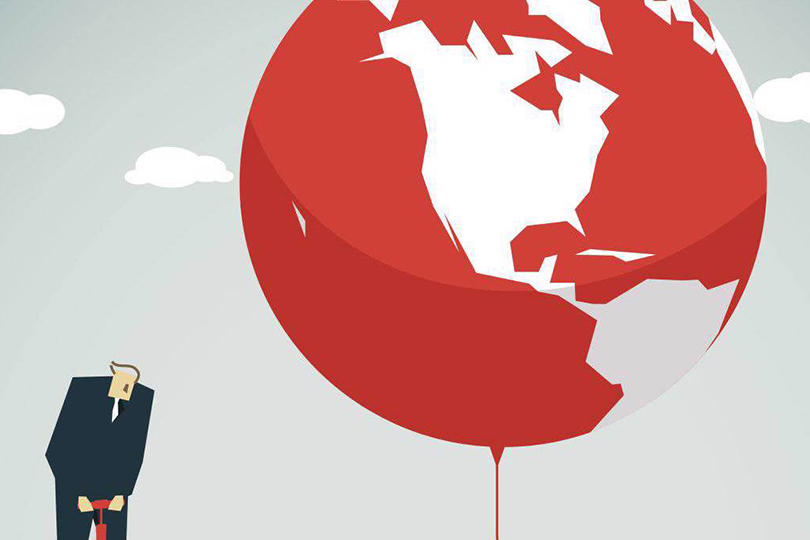 With interest rates at record lows and global growth set to continue decelerating, there has rarely been a better time for governments to invest in infrastructure and other sources of long-term productivity growth. The only question is whether policymakers in Germany and elsewhere will seize the opportunity now staring them in the face.

As we enter the last quarter of 2019 (and of the decade), cyclical indicators point to a slowing world economy amid wide-ranging structural challenges. There are plenty of issues to keep one up at night, be it climate change, antimicrobial resistance (AMR), societal aging, strained pension and health systems, massive debt levels, and an ongoing trade war.

But as the old adage goes, one should never let a crisis go to waste. Among the countries feeling the worst effects of the global trade tensions is Germany, where policymakers finally are waking up to the glaringly obvious need for productivity-enhancing, investment-based fiscal stimulus. Similarly, beneath all the chaos caused by Brexit, the United Kingdom is also looking at its fiscal-stimulus options. So, too, is China, as it searches for measures to reduce its vulnerability to disrupted trade and supply chains.

Policymakers around the world are coming to realize that it is neither wise nor feasible to rely constantly on central banks for economic-policy support. In today’s environment of low – and in some cases negative – interest rates, the case for shifting the burden from monetary to fiscal policy is more apparent.

Earlier this month, the European Central Bank decided to pursue interest-rate cuts and another round of quantitative easing (QE) – a move that appeared to accelerate a sharp sell-off in global bond markets. Yet in announcing the decision, ECB President Mario Draghi echoed a growing chorus of commentators now calling for more fiscal-policy measures.

He was right to do so. Yet one can only wonder what benefit he expects to follow from further easing, given that ultra-low interest rates have already failed to boost investment or consumer spending. As for QE, a return to the unconventional monetary policies that started after the 2008 crisis will merely add to the social and political woes already afflicting Western democracies. After all, it is well known that the benefits of such policies accrue mostly to wealthy households that already have significant financial holdings.

Meanwhile, the monthly data from China offer further evidence of an ongoing slowdown there, with a softening of exports clearly suggesting that the trade war with the United States is taking its toll. Perhaps for this reason, Chinese policymakers have eased up on their policy of discouraging domestic leverage (the priority last year), in order to focus on supporting growth.

The slowdown in Germany is equally apparent. Owing to its excessive dependence on exports, the German economy is flirting with recession despite firm domestic demand (by Germany’s lowly standards).

I have long argued that Germany’s economy is not as structurally sound as it seems, and that a shift in its policy focus is long overdue. For over a decade, Germany has adhered to a narrow fiscal framework and focused constantly on reducing government debt. But now even German policymakers are recognizing the need for a change. The country’s ten-year bond yields are well below zero, its debt-to-GDP ratio is below 60%, its current-account surplus is obscenely high (nearing 8% of GDP), and its infrastructure is deteriorating.

Since 2008, the US current-account deficit has fallen by half, to below 3% of GDP, and China’s has fallen from 10% of GDP to almost zero. Yet Germany’s external imbalance has continued to grow, threatening the stability of the eurozone as a whole. A major German fiscal expansion could start to reverse this trend. It also would likely have positive multiplier effects for private investment and consumption, thus creating export opportunities for other struggling eurozone members. Moreover, a shift in Germany’s fiscal-policy approach could open the door for a loosening of eurozone fiscal rules. European governments need to have the option of pursuing a more active role in the economy, so that they can invest in the sources of long-term growth and lead the process of decarbonization.

Turning to the UK, two issues beyond Brexit deserve attention. First, Boris Johnson, the recently installed prime minister, has already given major speeches in England’s North, signaling his support for the “northern powerhouse” model of geographically targeted development. To be sure, many see Johnson’s embrace of the North as a cynical ploy to rally his base before the next election. But surely Johnson and his advisers aren’t so daft as to assume that votes can be bought that easily. Besides, solving the North’s long-term structural challenges and boosting its productivity are even more important for the UK economy than the trading relationship with the EU – as important as that is.

Second, Chancellor of the Exchequer Sajid Javid’s recent spending review augurs a change in UK fiscal policy. Owing to low interest rates and a sharp narrowing of the fiscal deficit over the last decade, Javid believes it is time to start addressing the country’s massive domestic infrastructure needs. He has suggested a new fiscal rule to distinguish between debt levels, with an exclusion for investment spending. Given today’s circumstances, such a rule would make a lot of sense not just for the UK, but also for the EU, Germany, and many other countries.